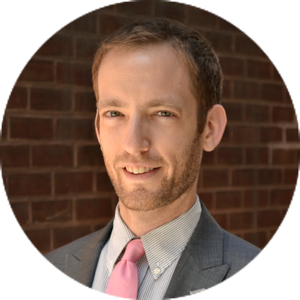 Ben Stone is Director of Arts & Culture at Smart Growth America and its program Transportation for America. Ben leads SGA’s broad efforts to help communities integrate arts, culture, and creative placemaking into neighborhood revitalization, equitable development, and transportation planning and design. Ben holds a Bachelor of Fine Arts from the School of the Museum of Fine Arts, Boston; a bachelor’s degree in American Studies from Tufts University; and a Master in City Planning from MIT. Prior to joining SGA, Ben served as Executive Director of Station North Arts & Entertainment, Inc., where he employed an arts-based revitalization and placemaking strategy to guide development in the state-designated Arts District in Baltimore. Under Ben’s leadership, Station North became a national model for creative placemaking and equitable development through the arts and innovative collaboration. Ben has also served as an architectural designer/planner for the Baltimore Development Corporation, working on revitalization projects in Baltimore’s Middle Branch, Central Business District, and Station North. As a frequent conference speaker and guest lecturer and critic, Ben advises students, practitioners, and artists on community-engaged art and cultural planning. Ben has been recognized as a Fellow of the Salzburg Global Forum for Young Cultural Innovators, a Baltimore Business Journal 40 under 40 Honoree, and a Next City Vanguard. Currently based in the Bay Area, Ben maintains his connections to his hometown of Baltimore by serving on the board of the Neighborhood Design Center. Ben can be reached at bstone [at] smartgrowthamerica [dot] org