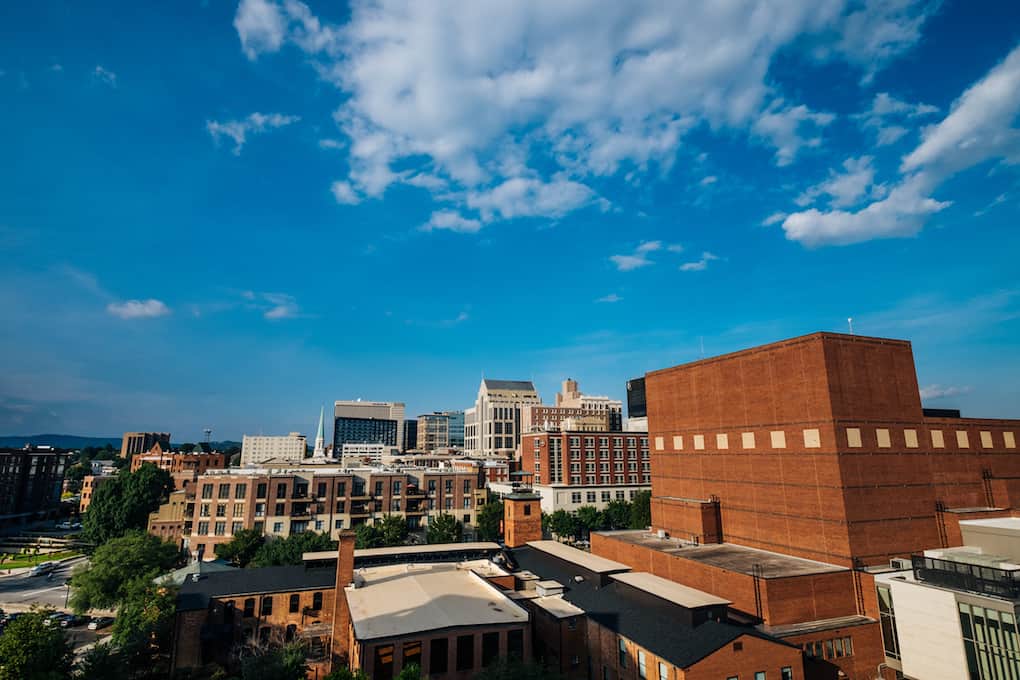 This article was originally published on November 20, 2017 by the Upstate Business Journal. Photo by Will Crooks.

Held Nov. 14-16, the forum brought more than 20 economic development leaders and elected officials from five U.S. cities to Greenville to see how the city has used historic preservation, brownfield redevelopment, and riverfront investment in our celebrated downtown.

Participants previously toured Denver, Colo., from Aug. 29–31 to study how that city has used transit, strategic redevelopment, and the arts to attract millennials.

“Denver and Greenville exemplify the Amazing Place approach to local economic development,” according to a press release from Smart Growth America, a nonprofit advocacy group. “The five selected communities will get an up-close look at how they’re doing it, but this is an approach that any community can use.”

Greenville City Councilwoman Amy Ryberg Doyle and Mayor Knox White led a discussion in downtown about the importance of walkability. And our very own publisher, Ryan Johnston, narrated a bus tour of the Village of West Greenville that explored the opportunities of redevelopment.

The forum also included tours of Main Street and other points of interest, including the Greenville Health System Swamp Rabbit Trail and NEXT Innovation Center.

The Upstate Business Journal recently sat down with representatives from each of the visiting cities to discuss their experience in Greenville and what they learned from it. Here is what they had to say:

The Akron leadership team came to Greenville looking for ideas to make their city, which is suffering from postindustrial population decline, a “better city” and a more “complete city,” said Dave​ ​Daly, ​market and garden coordinator with Let’s Grow Akron, a nonprofit that helps neighborhoods turn unused parcels into community gardens. What that means for them is a place where bicyclists, pedestrians, and people of all races, ethnicities, and ages are not only welcome but can thrive. Specific areas of note for them from Greenville are the Reedy River corridor, which could provide a roadmap for better use of the Akron canal-way; the expertly designed streetscapes along Main Street and the design guidelines that help enhance the downtown experience; public art for all generations, such as the Mice on Main; and the Village of West Greenville, the ongoing revitalization of which could be foreshadowing the fledgling development of the southwestern Akron area of Kenmore. “The bones are there,” Daly said. Akron team members Dominic​ ​Falcione, Kelli​ ​Fetter, Valerie​ ​Shea, Karen​ ​Starr, and Bronlynn​ ​Thurman contributed to this report.

Rick Thurmond, Charlotte Center City Partners senior vice president for community and business development, has a simple definition of smart growth — growth with a plan. And Greenville, he said, is a shining example of urban planning done correctly. “There are a lot of lessons to be learned from Greenville, and I think one of them is the intentionality with which Greenville has grown,” he said. Charlotte and Greenville, although differing in size, face many of the same challenges, including equity in growth. “Our growth has been so fast that parts of our city, perhaps, have been left behind. The question is not only how do we rectify that, but as we continue to grow, how do we ensure all parts of our city benefit,” he said. Thurmond said he looks to learn lessons of leadership in any city he visits. “It’s not so much about a specific space or place that we can re-create in Charlotte,” he said. “It’s how did they get this thing done and can we learn a lesson from that to get something done in Charlotte.”

The development along the Reedy River in downtown caught the attention of Lou Kennedy, president and CEO of Nephron Pharmaceuticals Corp. “We have the convergence of three beautiful rivers through our city. We have developed very, very, very little of it,” she said. “I see that as an opportunity for excellence.” Kennedy said river development is something that would really amp up the identity of Columbia. “I am 100 percent energized by what I see in Greenville, particularly as it pertains to the river development and as it pertains to diversity, arts, and culture. We have all those elements in Columbia. We need to celebrate them and grow them.” The key to getting it done is having the city’s leaders, whether they are elected officials or business leaders, work together. “Our group here today is just that,” she said. “We have to support that effort,” she said of Columbia’s business leaders. The Midlands Business Leadership Group, of which Kennedy is a member, is a coalition of more than 40 CEOs from the Midlands region’s largest employers. In January, the group announced an effort to mobilize the private sector to increase the region’s competitiveness.

Public officials and economic development leaders have made great strides over the past decade to increase the number of people moving to downtown Macon, says Macon-Bibb County Commissioner Virgil Watkins. In fact, the number of downtown lofts has nearly doubled since 2012. But the city is still struggling to retain residents and some of its top businesses, which is why Watkins and his group used their time in Greenville to focus on boosting connectivity and quality of life.

Since 2009, the city of Wichita has seen more than $450 million in investment downtown and nearly 1,300 downtown residential units planned or completed. But the city still faces a multitude of challenges that could prevent continued economic development, according to Wichita City Councilwoman Cindy Claycomb. That includes a talented workforce of 18- to 40-year-olds leaving for jobs in other cities and a large downtown area that has one too many available storefronts for rent. Luckily, the city’s leadership team came to Greenville and found inspiration in the Reedy River, which has transformed downtown into a hub of entertainment, recreation, retail, and restaurants.