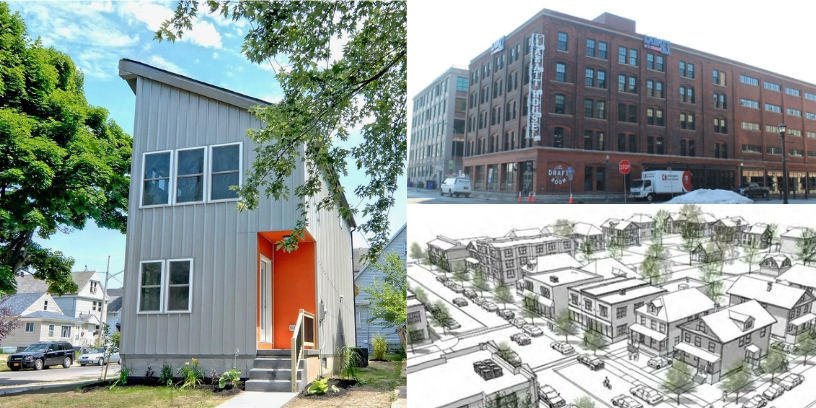 Today, the Form-Based Codes Institute (FBCI) at Smart Growth America honors three communities for the development, adoption, and implementation of the most exemplary form-based codes in the country. The Driehaus Form-Based Codes Award is awarded by FBCI with the generous support of the Richard H. Driehaus Charitable Lead Trust.

These three local zoning codes—from very different communities—show that form-based codes are being adopted to retain the unique character that residents cherish and encourage predictable, walkable development that supports all of life’s daily needs. The winners represent the versatility common to form-based codes—a downtown, suburban commercial corridor, and entire city—all with the intent to create special places where people live, work, play, and visit. In every region, at every scale, communities are turning to form-based codes to ensure that anybody, no matter who they are or where they live, can enjoy great places.

“Identifying, encouraging, and celebrating a sense of place has been a guiding force of my philanthropy for nearly three decades. By going back to a time-honored notion of coding to make a community livable by integrating form and purpose, these winners have both beautified and enlivened their cities,” said Richard H. Driehaus.

Zoning codes are the driving force behind what gets built and where—they are the regulatory framework for how our communities look, feel, and grow. In recent years, many cities across the country are coming to terms with antiquated zoning codes that impose auto-centric, use-based requirements that degrade community fabric, encourage sprawl, separate people from the services they need and want, limit housing options, and segregate people based on income, race, or ethnicity.

Form-based codes can be a better way for cities to mitigate sprawl and incorporate smart growth practices to foster mixed-use, walkable development that preserves local character, while accommodating new investment.

Marta Goldsmith, Executive Director of the Form-Based Codes Institute commented, “Each year, the pool of applicants gets better, as more localities learn what constitutes a good form-based code and how to apply the FBCI Standards of Practice to fulfill the vision for their community. It’s great to see so much progress in the field and the increasing diversity of communities who are adopting form-based codes.”

The Richard H. Driehaus Form-Based Codes Award recognizes outstanding form-based codes that other communities can use as models. Nominated codes are critiqued by a jury of code experts and practitioners to select each year’s winners. George Proakis, chair of FBCI’s 2019 Driehaus Award Jury, announced the winners at an award ceremony during the 27th Congress for the New Urbanism last Friday night in Louisville, Kentucky.

About the winning codes

Buffalo Green Code: The city of Buffalo, NY took on a significant challenge—to adopt a high-quality, citywide form-based ordinance. Starting in 2010, the city began a seven-year process to create the Buffalo Green Code as the centerpiece of a place-based development strategy to implement the city’s comprehensive plan. The new code mandates context sensitive development and includes an administrative process that is streamlined, transparent, and easy to follow. Thanks to a forward thinking parking section, Buffalo became the first major city in the country to abolish parking minimums at the time of adoption. Instead of requiring new projects to build more parking, the Green Code uses a process called transportation demand management which allows developers to factor in nearby transit lines, bike paths, or other alternative forms of transportation to mitigate anticipated travel demand.

“Through the Buffalo Green Code we are able to further promote private and public sector investment, facilitate job creation, restore the environment and continue to improve Buffalo’s quality of life for residents,” Mayor Byron W. Brown said. “This document represents the best ideas, creates more modern development standards, and preserves and builds upon Buffalo’s strengths as a diverse and inclusive 21st Century city that can compete head-to-head with any city in this country, while being a place of opportunity for all.”

In announcing the award, Proakis shared, “The code legalizes existing desirable but non-compliant development and replaces cumbersome parking requirements with an innovative transportation demand management system. City staff deserve significant credit for their persistent effort to achieve the difficult balance of developing an exemplary code that is also politically acceptable in a complex urban community.” View the Buffalo Green Code here and learn more about the extensive seven-year process.

Lafayette Downtown Code: The Downtown Code for Lafayette, LA was adopted within one year of the city’s Downtown Action Plan to stimulate development that would “enhance the convenience, vibrancy, and charm of outdoor rooms inherent to urban neighborhoods.” The code is a simple, short, and elegantly illustrated model of a form-based chapter for downtown in the context of a more conventional zoning code. 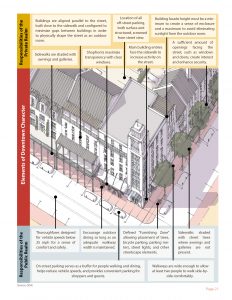 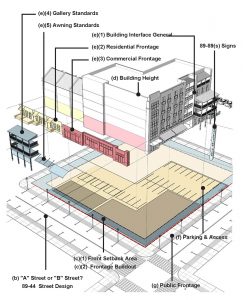 Lafayette’s comprehensive plan policy for downtown (left) has been transferred to a highly constructive graphic detailing each building element regulated under the form-based code (right).

“The Downtown Code is the most robust new tool in our downtown redevelopment toolkit.” said Lafayette’s Mayor-President Joel Robideaux. “It forms the blueprint to revitalize downtown by encouraging a walkable, vibrant, mixed-use, and adaptive downtown landscape. Projects such as the Old Federal Courthouse, the Buchanan Redevelopment site, and all future downtown developments will benefit because of the Downtown Code.”

“The Lafayette Downtown Code places emphasis on regulating what matters most in the urban context—building frontage—and promotes great urbanism through limited controls on height and an innovative parking policy,” Proakis explained. “It clearly defines roles for the private and public sectors, offering an excellent example to any community looking for an effective downtown form-based code.” View the Lafayette Downtown Code beginning on page 18 of the Unified Development Code here.

Canton Village Districts Code (honorable mention): This form-based code was adopted in early 2018 to address nondescript, sprawling development along a suburban corridor linking established historic village centers in western Connecticut. The Town of Canton adopted a modest but effective ordinance that provides foolproof instructions to developers while simplifying the approval process. Driehaus jury members praised the submission as a good example of a solution for auto-dependent commercial corridors so common in suburban America. View the Canton Village Districts Code here. 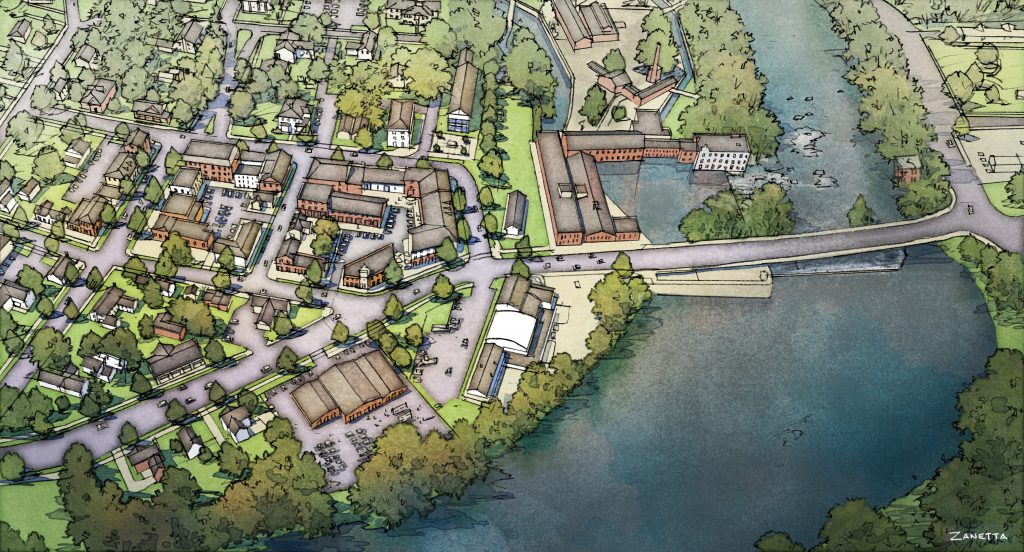