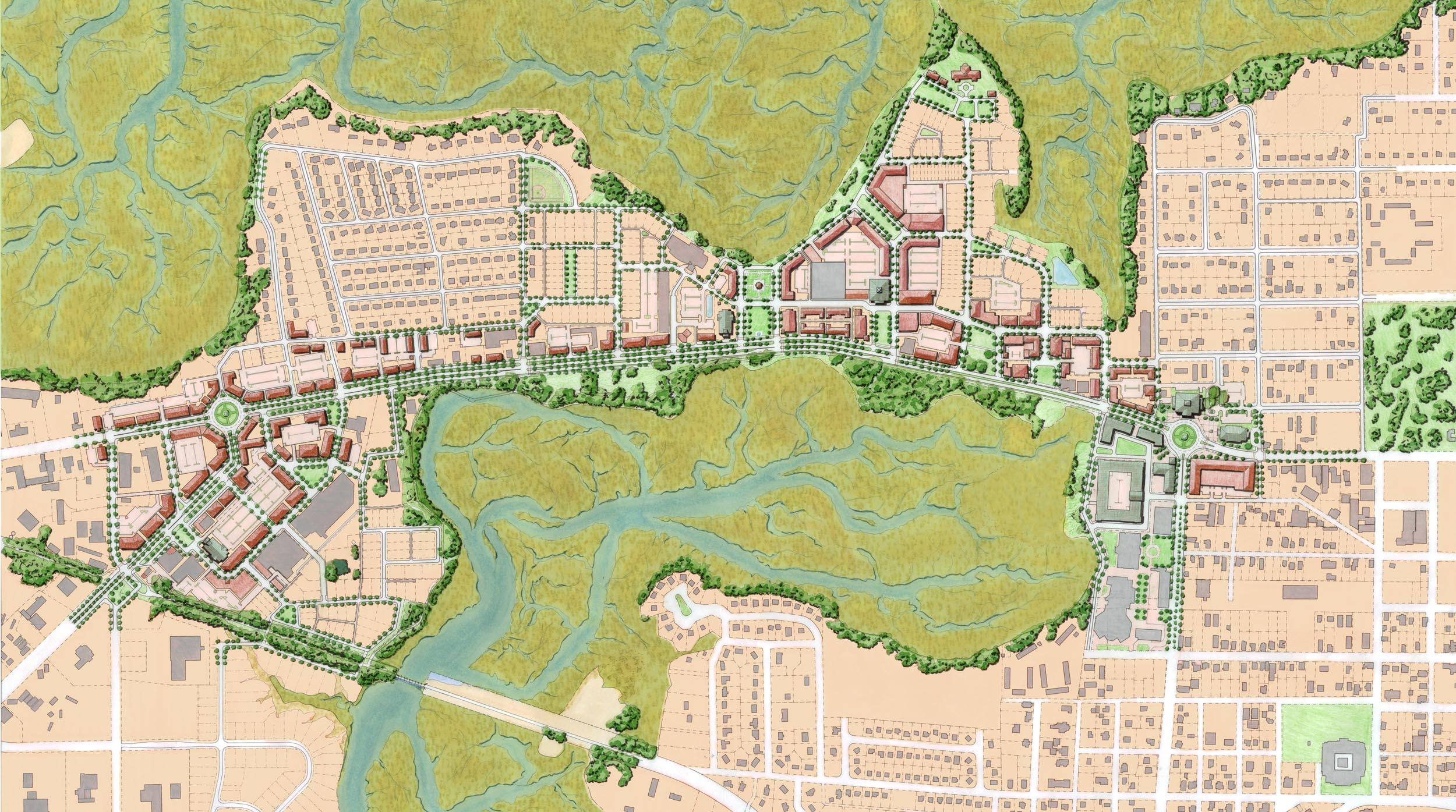 Whether your community is attempting to revitalize a neglected downtown, pursuing Complete Streets, or trying to foster better transit-oriented development, it’s likely that conventional zoning codes are one of the barriers to success. While form-based codes are not a silver bullet or necessary in all circumstances, many communities find that zoning reform is essential to managing their growth in an intentional way.

By bringing the Form-Based Codes Institute under the Smart Growth America umbrella, SGA is now able to bake zoning considerations into all of our work and offer more complete assistance to local communities that are trying to change how they revitalize, grow, or develop.

As it has for years, the Form-Based Codes Institute continues to offer a comprehensive three-course series that equips local land use leaders and staff with the skills needed to understand, adopt, and implement an effective form-based code. The fall courses are coming up soon and you can register now.

For people or communities that need more tailored assistance, FBCI’s technical assistance program, Codes for Communities, is available to help city leaders update problematic codes or draft a state-of-the-art form-based code to ensure that their zoning supports the kind of human-scale communities they desire.

Here are a few examples of how this new layer of expertise has enhanced SGA’s work:

Zoning review for a better Complete Streets policy in Maui

In 2009, the State of Hawaii passed a law requiring county transportation departments to adopt Complete Street policies to create safe streets that are accessible to all users, including people walking and biking, motorists, and transit riders of all ages and abilities. The National Complete Streets Coalition—another program of Smart Growth America—has played a leading role in expanding the popularity and effectiveness of Complete Streets nationwide.

But when Maui County adopted such a policy in 2012, it fell victim to a common problem—the policy did not override age-old restraints embedded in the county’s zoning code. Among other elements, Complete Street policies emphasize the importance of street design but often times, it’s the local ordinances that dictate what’s actually possible: the layout of street networks, how land can be used, the quantity and character of open space. So this spring, the county asked for a zoning code review from FBCI and SGA as part of FBCI’s Codes for Communities program.

Some of the recommended reforms included:

This code review illustrates how crucial zoning is to producing an effective Complete Streets policy. With both the National Complete Streets Coalition and FBCI under one roof, SGA is able to better offer a multi-layered approach that includes a degree of zoning reform.

Zoning review for a transit-oriented Omaha

SGA’s transit-oriented development (TOD) technical assistance program supports the efforts of communities across the country to build compact, mixed-use, equitable development around transit stops and stations. To be successful, careful attention and adjustments to land-use regulations and roadway design are important. A zoning makeover can make all the difference when trying to concentrate new housing and other development near transit.

Omaha, NE received TOD technical assistance from SGA in 2017 to maximize development potential along the Dodge Street bus rapid transit corridor (now known as ORBT). SGA realized that this couldn’t be done without addressing the city’s zoning, especially within a quarter-mile of the corridor. FBCI completed the assistance with an in-depth review of Omaha’s zoning code and its impact on TOD. Specific recommendations to support a successful forthcoming transit corridor include:

Like many places, Omaha needed to consider how its zoning limits corridor design, pedestrian access, multiple uses, and development density. In situations like this, FBCI’s code review expertise can help make these elements a reality.

Webinar for developing under a form-based code

FBCI co-hosted “Developing under a form-based code” with SGA’s LOCUS Developers and Local Leaders Council at the end of May. The webinar attracted nearly 500 people and drew on a well-experienced panel of city officials and developers to talk about how form-based codes can help communities manage their growth.

Topics ranged from defining a form-based code, to how it differs from a more conventional code, to the reasons for adopting one. Projects in Beaufort, SC; Fort Worth, TX; and Conway, AR were detailed and called upon to discuss valuable lessons.

Local communities can’t fully address their challenges without a long look at the local zoning and land use codes that encourage (or discourage) certain types of development. By bringing FBCI into the larger ecosystem of Smart Growth America, SGA is able to offer more complete assistance to local communities who are eager for a better way to grow. Bringing FBCI to the table allows a wider audience to recognize that form-based codes are a vital tool for building high-quality places and realizing a community’s potential.

Don’t let a zoning ordinance stand between your community and smart growth. Register for an upcoming FBCI course or consider our Codes for Communities program today!