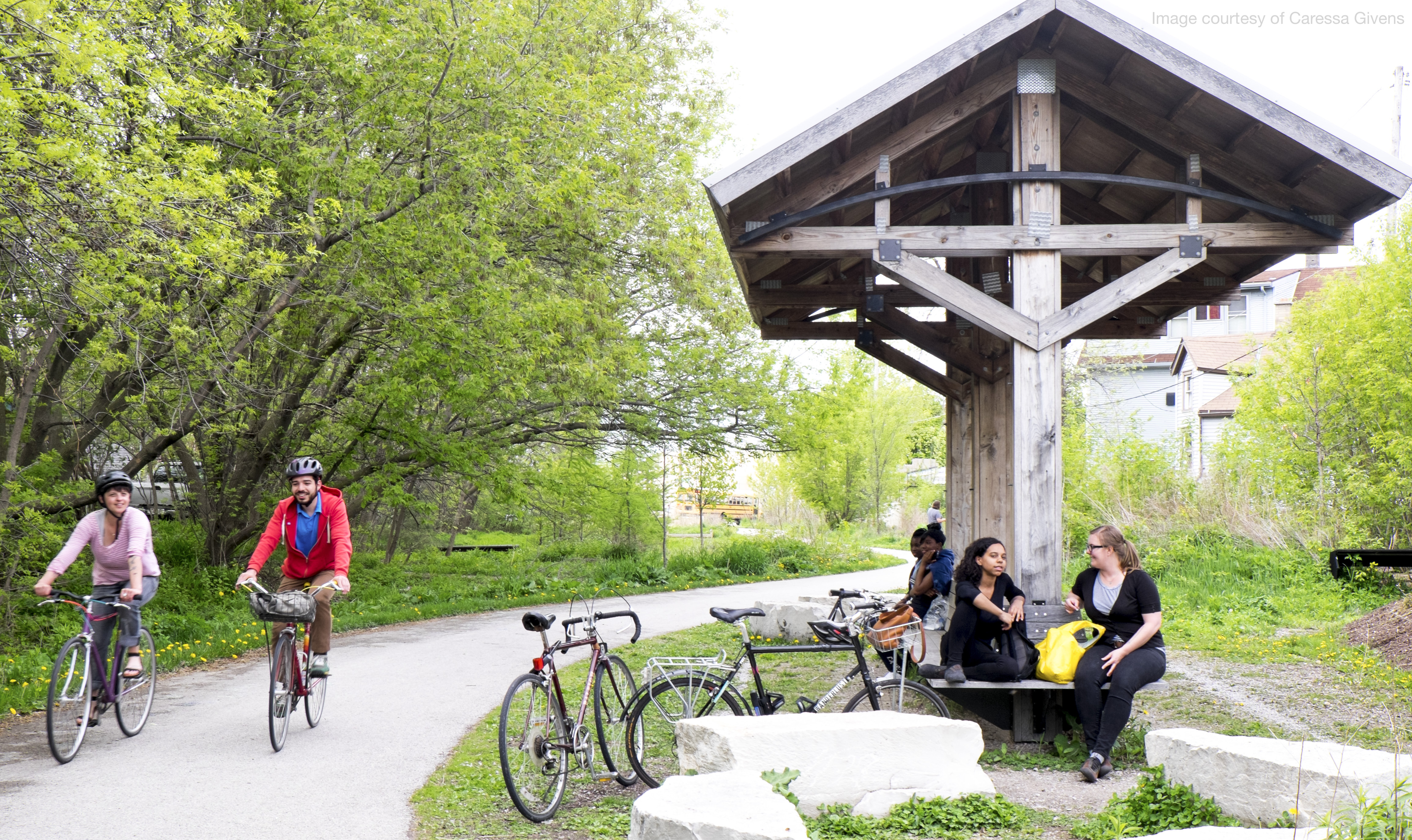 Advocates and policy makers around the country are working hard to make streets safer. But the messages some twitter accounts were sending on Bike to School Day inadvertently highlight how far we still have to go to make sure everyone can safely use the road.

This past Wednesday was Bike to School Day. Next Friday (May 17) is Bike to Work Day—and the entire week is Bike to Work Week. These annual days/weeks are a great time for curious commuters to try biking to work and celebrate the enduring utility of the bicycle. But in many places, they also highlight just how much our public policy has failed to make our streets safe for everyone.

Many of the tweets on Bike to School Day, particularly from government accounts, illustrated that: 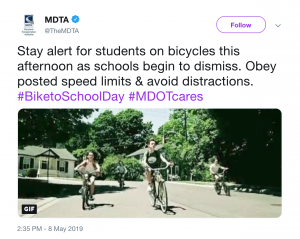 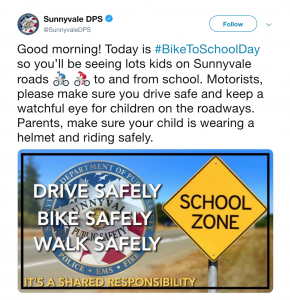 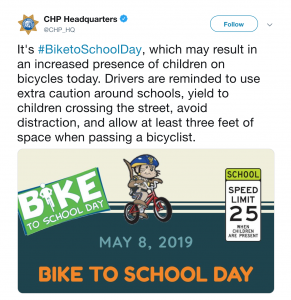 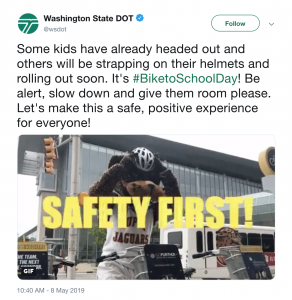 When we need to remind drivers to “keep a watchful eye for children,” “stay alert,” or “avoid distraction” we’ve already failed. It treats biking as a novelty rather than a normal form of transportation. Safety shouldn’t be contingent on being extra careful, it should be baked into how we design our streets and public spaces. Small mistakes—by anyone—shouldn’t result in the injury or death of someone just trying to go from A to B on the roads. Building safe, comfortable cycling (and walking) infrastructure that works for everyone—the young and old alike—is much more effective than pleading with drivers to obey the law.

In 1969, almost 50 percent of children (aged 5-14) would regularly walk or bike to school; by 2009 that number had dropped to just 13 percent. Older Americans are no better: three quarters of adults get to work by driving alone (up from 54 percent in 1970). And short trips under 2 miles—which can easily be done on a bike—account for 35 percent of all car trips.

This change can’t just be chalked up to generational differences. In our effort to accommodate the car, we’ve marginalized everyone who doesn’t or can’t drive. But transportation isn’t a zero sum game. We can have both space to drive and high-quality bike lanes and paths; strong policy can help us get there.

A new report from our National Complete Streets Coalition grades Complete Streets policies from around the country that were passed last year. Critically, 15 percent of a policy’s grade comes from implementation language in the policy, because a policy only matters if it actually affects what gets built, where it’s located, and how it’s designed. Complete Streets policies like these can be a critical step toward creating a network of safe bike lanes and off-street paths that give people more travel options.

Another approach is that taken by Cambridge, MA earlier this year. The city council passed a “Cycling Safety Ordinance” that mandates the construction of protected bike facilities any time a street in the city’s bicycle master plan is reconstructed. Portland, OR has a similar law and other cities—like Washington, DC—have recently introduced legislation inspired by Cambridge’s.

If we want Bike to School Day to be more than a photo op with cute kids on bikes, then policy change is needed. Our current focus on building roads—whether a highway or a local street—to accommodate high-speed car traffic, while relegating sidewalks and bike lanes to the “nice to have” category has failed.

Many communities across the country have visionary bike plans and many more have passed Complete Streets policies—nearly 1,500! These policies and plans are encouraging and a lot of cities and towns are safer for them. Every day there is news from a different part of the country about how dedicated advocates and public officials are working to improve street design and make our streets safer for all users. Riding a bicycle isn’t a revolutionary act; it’s a common way for millions of Americans get from place to place each day.

So before we encourage drivers to use extra caution or keep their eyes on the roads—things drivers should already be doing while operating a 3,500 pound vehicle—let’s first consider what we can do to make our streets safe and welcoming to people biking too.