Building affordable housing around transit: plan ahead and spread it out 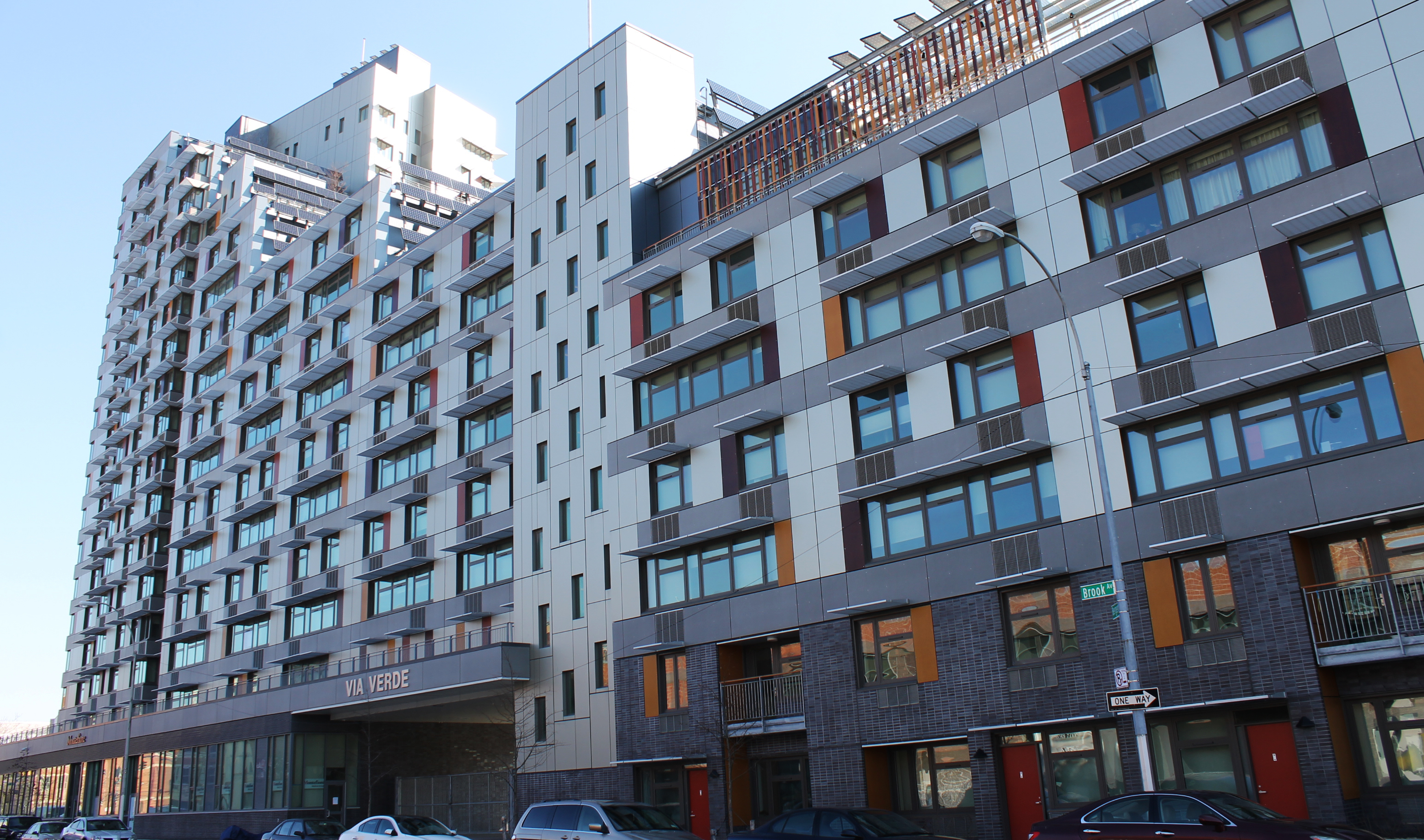 Via Verda (or “green way” in Spanish) is a mixed-income housing development in New York City; the name is a reference to its green roofs. Located in the South Bronx, approximately two thirds of the units are affordable for low-income households with the other third for middle-income. The site is just blocks from a subway station and is served by multiple bus routes. (Photo: Jules Antonio, Flickr)

We’ve all heard about the housing crisis plaguing different communities. Across the country, the supply of housing hasn’t kept up with demand and in some places, prices for even tiny apartments have become exorbitant. As more people move to urban areas and seek out a finite supply of walkable development, lower-income and middle-class households have been forced to the urban periphery to find reasonably priced places to live, work, and play.

According to Harriet Tregoning, a former official in the Office of Community Planning at HUD, getting ahead of the curve and planning for affordable housing is key, especially as new transit service is expected to arrive.

“If you plan for success and it takes a few more years [for new development to arrive], the cost is pretty small,” she explained. However, if a locality misses this chance and doesn’t have the zoning in place that allows for the type of development a community needs and the density to support transit, “the results [are] devastating.”

Without an explicit commitment (financial and political) to affordable housing and commercial space up front, the opportunity can be lost. Pent-up market demand will drive up land prices which favor higher-end market rate apartments and condos and credit-worthy commercial tenants.

As more and more cities expand and build new light rail lines and other high-capacity transit services, they should be thinking about attainable housing and affordable commercial space strategies from the beginning. It can be really hard to dig yourself out of a housing affordability problem, which is why baking it into their plans for transit-oriented development around stations is so important. Assume that your efforts will be successful before you ever get started.

The first step to handling the problem is understanding where you’re at, i.e. an inventory of affordable housing, as Chris Zimmerman, vice president for economic development at Smart Growth America explained. In such an inventory, it is important to distinguish between legally rent-controlled or otherwise subsidized housing and market-rate housing supporting lower-income renters that is simply affordable in the current market. It’s the latter, market-rate affordable housing, that is most at risk of disappearing as prices go up, in turn displacing residents.

How much prices will rise and the impact that will have on housing costs and displacement can be estimated with modeling. Using historic home prices and the impact of transit investments elsewhere in the region is one way to arrive at such an estimate. Once you know more about the existing housing stock and have an idea of the changes in store, you can begin to set goals and targets and integrate those into land use plans and development implementation.

Zoning is an important part of the equation and can remove a lot of barriers to building affordable housing. But zoning is just one of many tools that can be used to encourage (or mandate) the construction of affordable housing and ensure that that housing is dispersed.