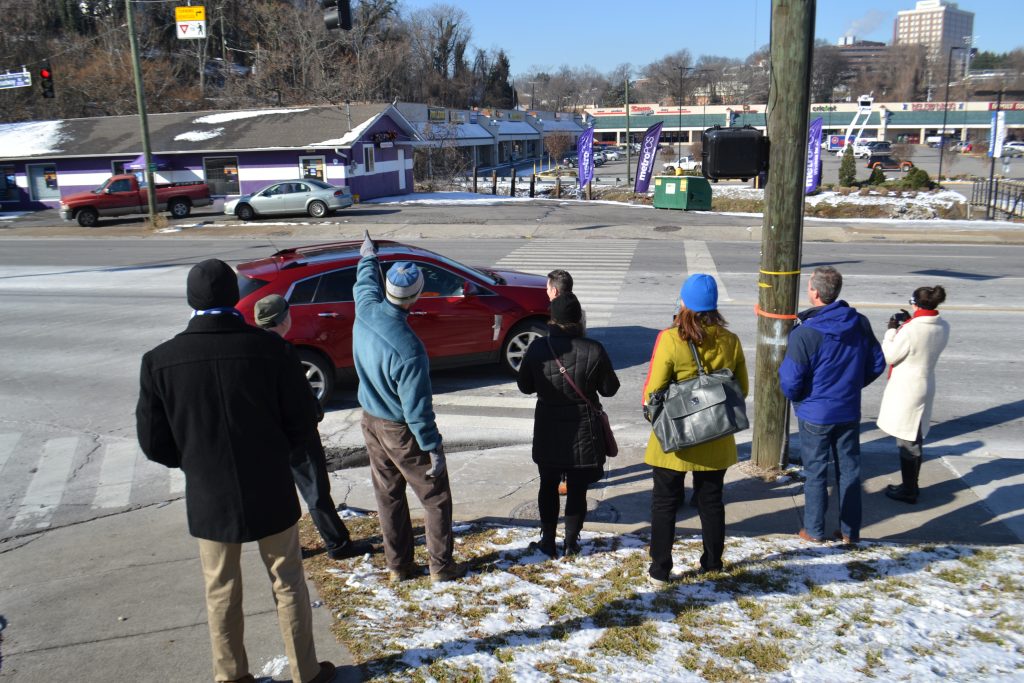 This month, the Complete Streets team returned to Knoxville, TN for the third and final workshop of the Tennessee Consortium Series. Despite the weather’s best efforts (it turns out, a frozen street is not a Complete Street), not even a snowstorm could stop us from convening for two final days of intensive hands-on learning.

Knoxville is hosting the last workshop in the TN Complete Streets Consortium series – this morning, we are learning about funding options and reviewing what we’ve discussed the past 5 months. @completestreets @kat_bus pic.twitter.com/hhi8YsMhTv

This workshop covered a variety of topics including federal funding opportunities, key implementation steps to make change happen, and collaboration with private developers. We also focused a lot on connecting transit to Complete Streets, so it was particularly appropriate that we held our workshop at the Knoxville Transit Center. 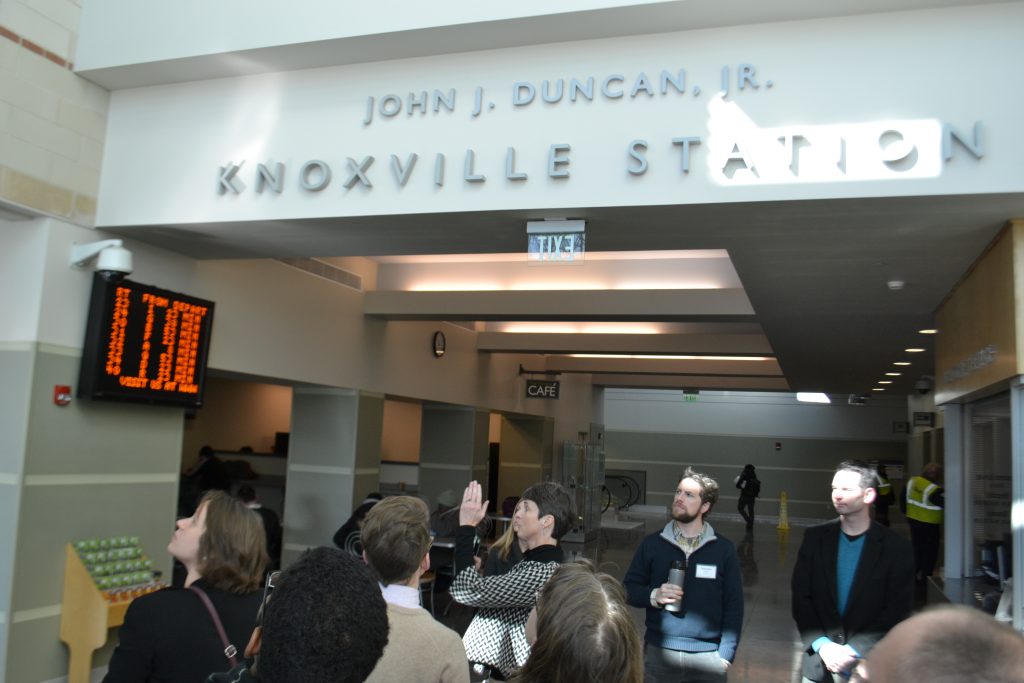 Mayor Madeline Rogero came to welcome the groups from Chattanooga and Nashville to Knoxville and to commend all three teams for the work they’re doing to advance Complete Streets. We’ve worked with Mayor Rogero many times through Smart Growth America’s Local Leaders Council, so we know she means it when she says she has a longstanding commitment to Complete Streets! 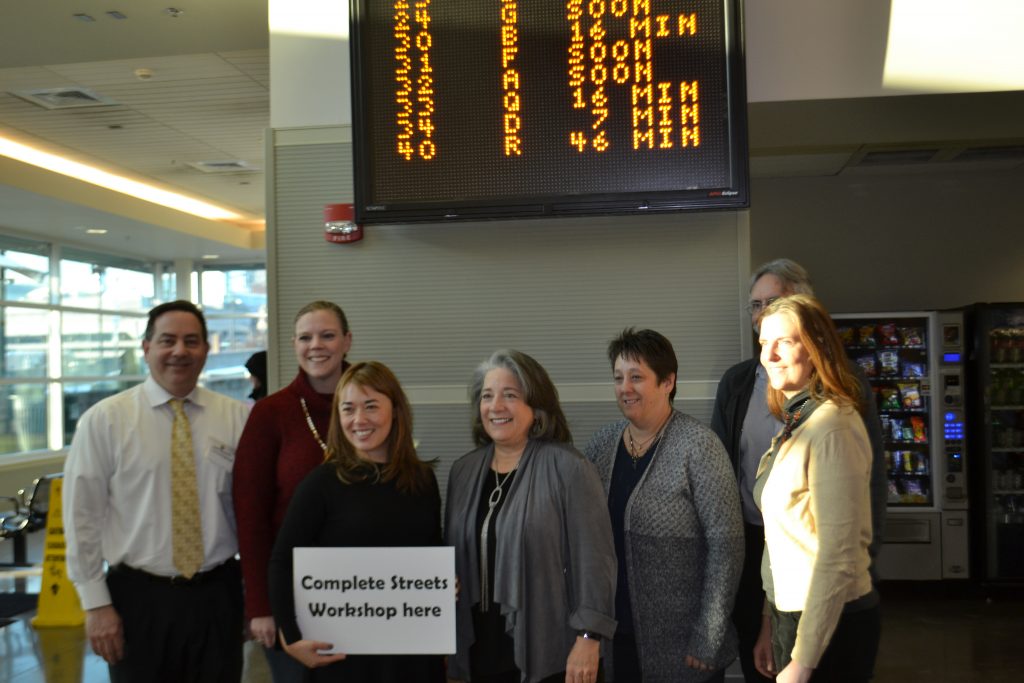 Another special guest speaker was the former mayor of Chattanooga. Through his private development firm, Jon Kinsey has worked on many prominent projects throughout Tennessee, including in Knoxville, Nashville, and Chattanooga. He joined us for a frank conversation on the challenges and opportunities for cities and developers to work together to advance investment in Complete Streets and walkable, transit-oriented development.

As usual, we spent a full day of the workshop on a local case study. In Chattanooga, we took a shuttle out to a rural site, and in Nashville, we rode BRT-lite out to a suburban corridor. Here in Knoxville, we focused on Complete Streets in an urban context: Broadway is one of Knoxville’s main transit corridors where the city will soon launch its ambitious Accelerated Bus Corridor (ABC) project. 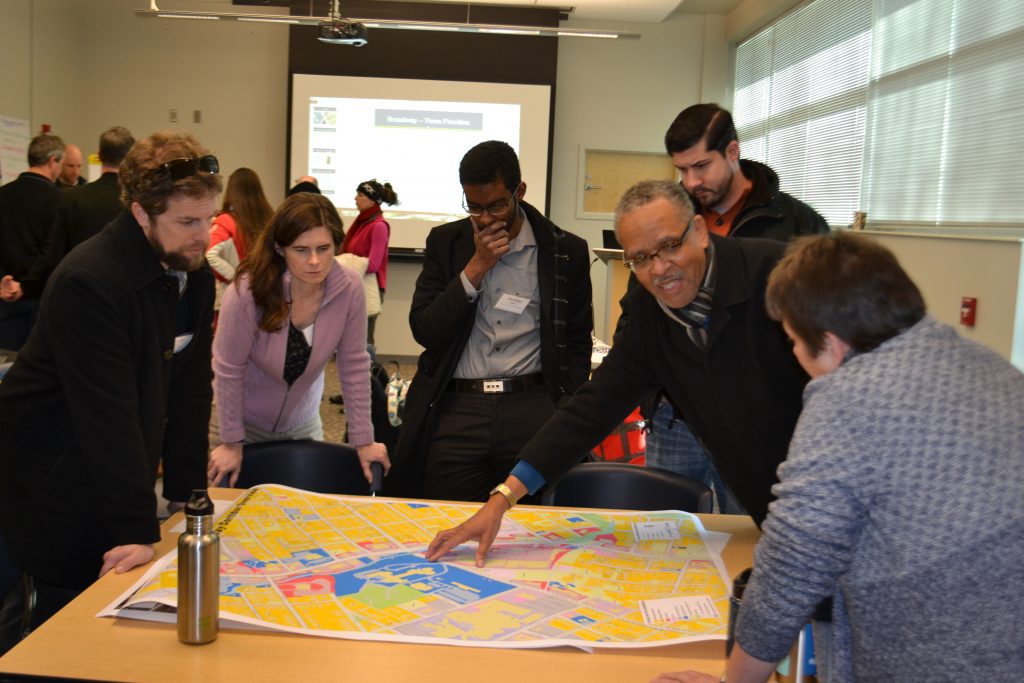 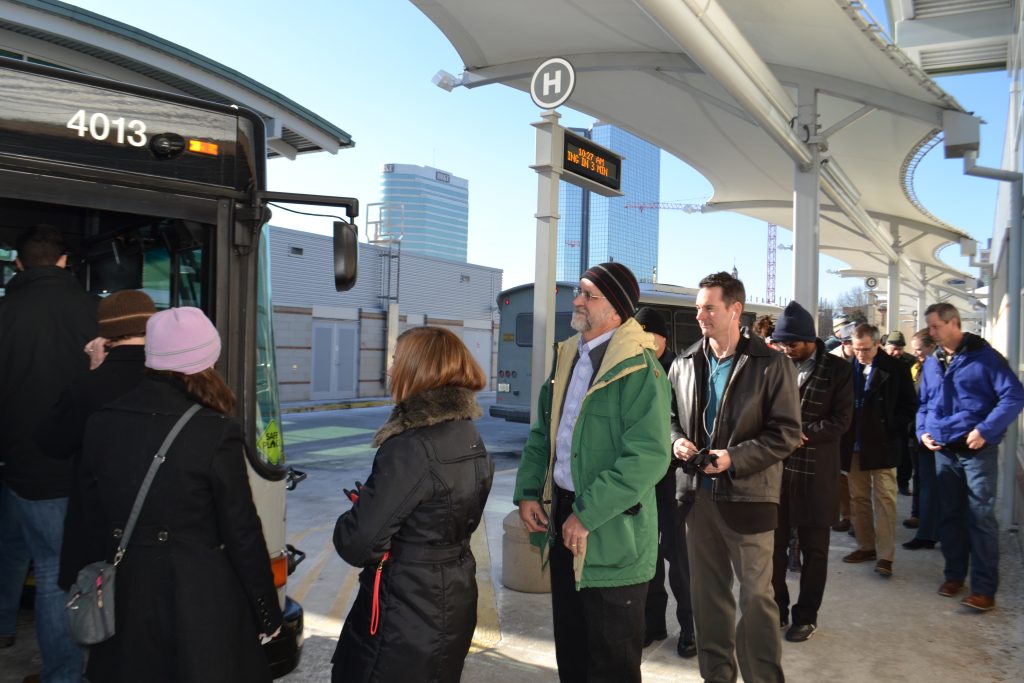 We saw many common barriers to safety and accessibility, with a wintery twist:


From sidewalks that lead to nowhere… 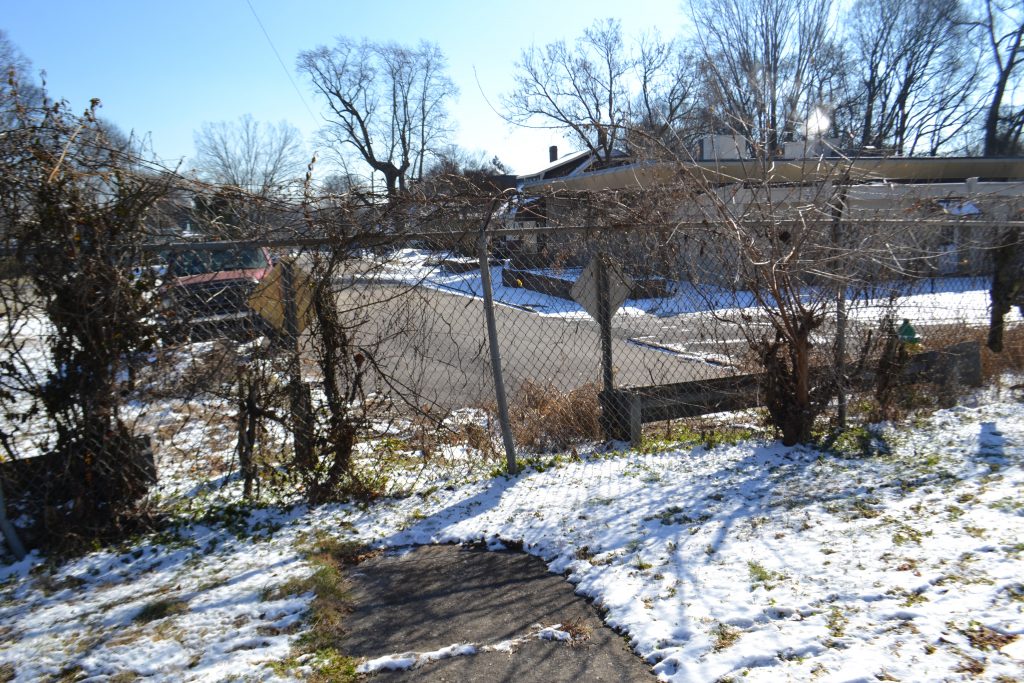 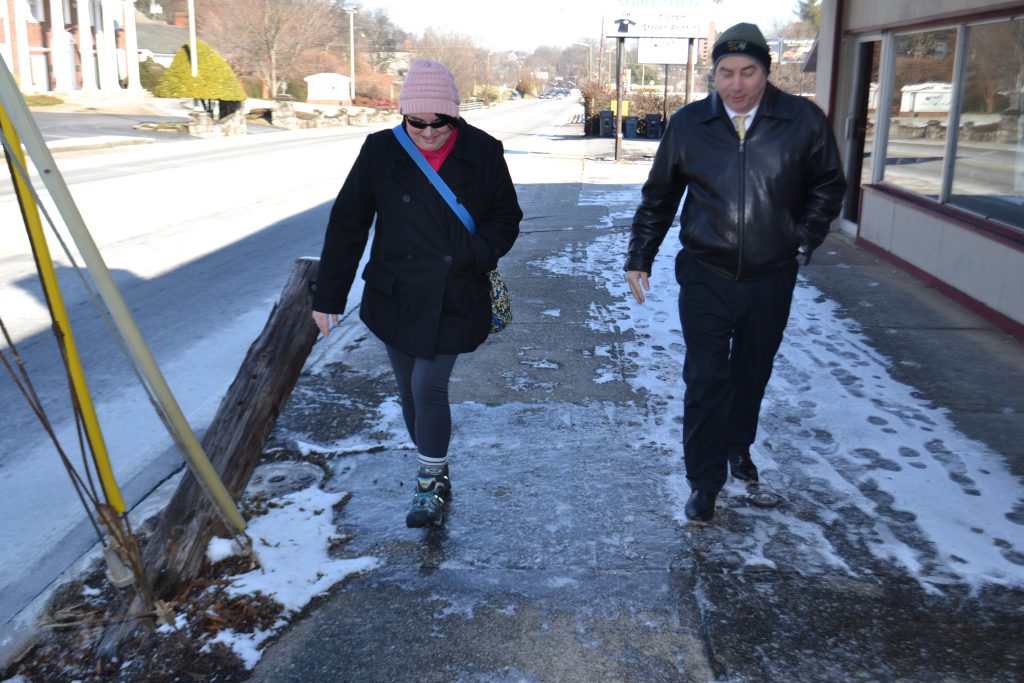 …to sidewalks covered in ice. 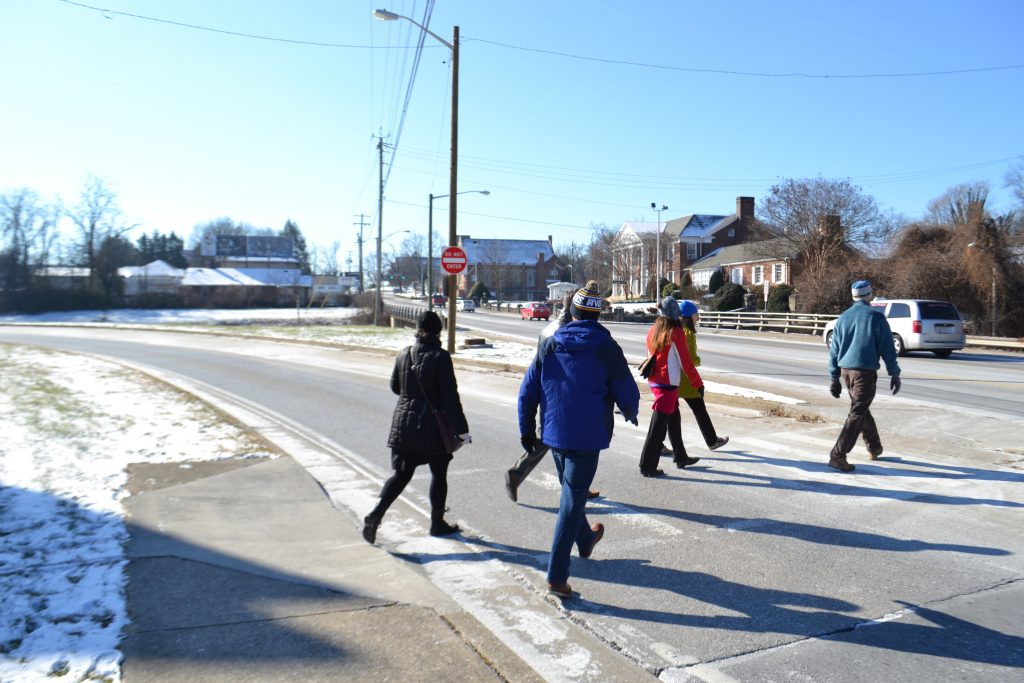 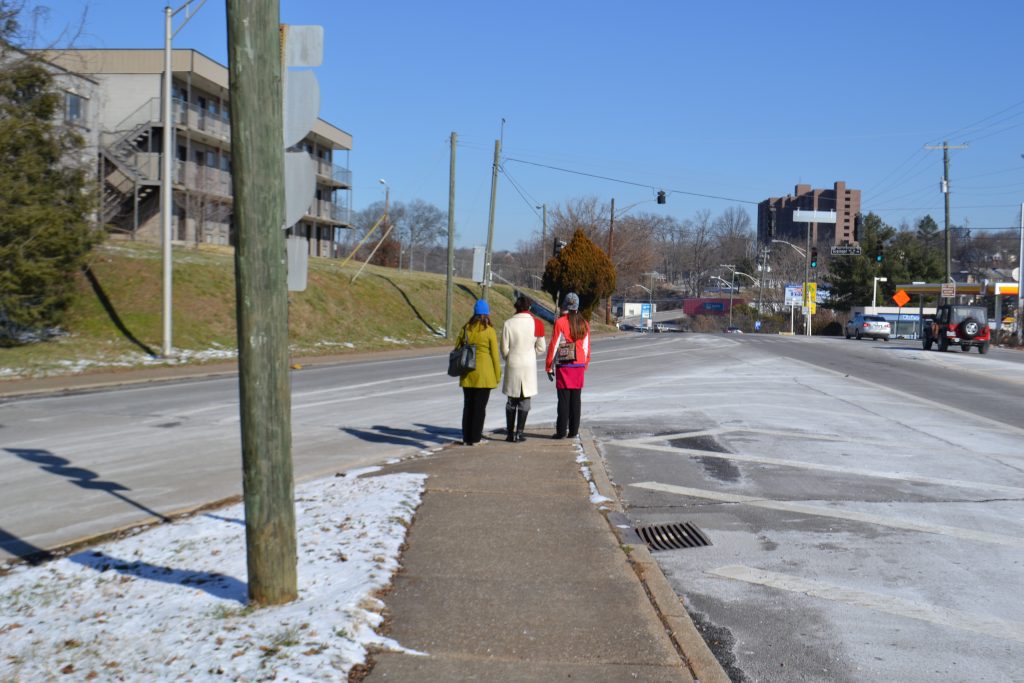 …to intersections without any crosswalks at all.

And from endless seas of parking… 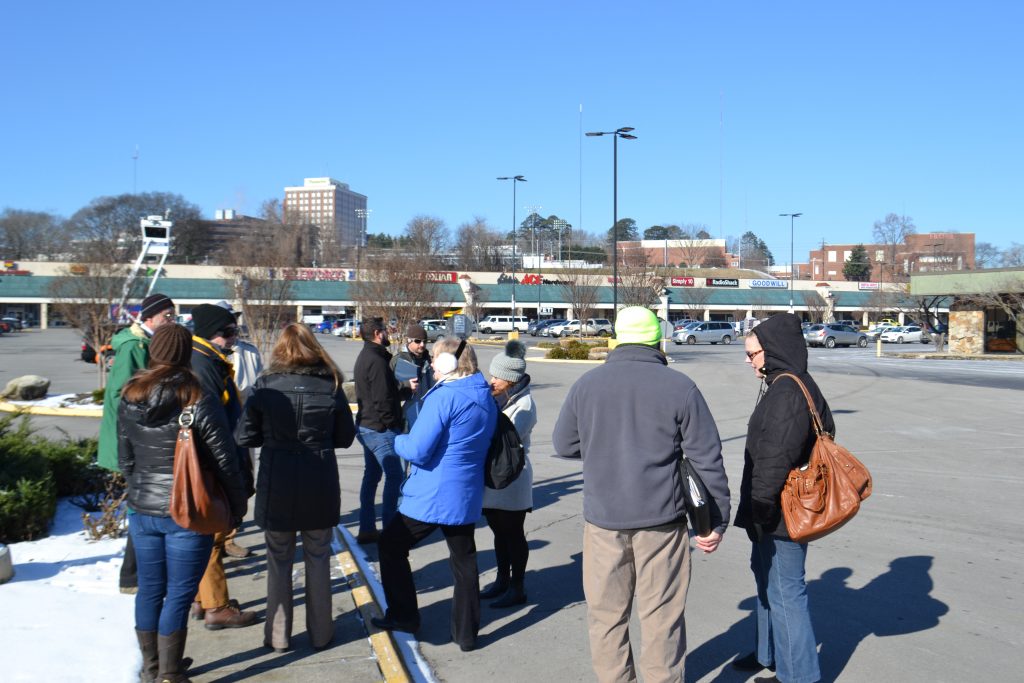 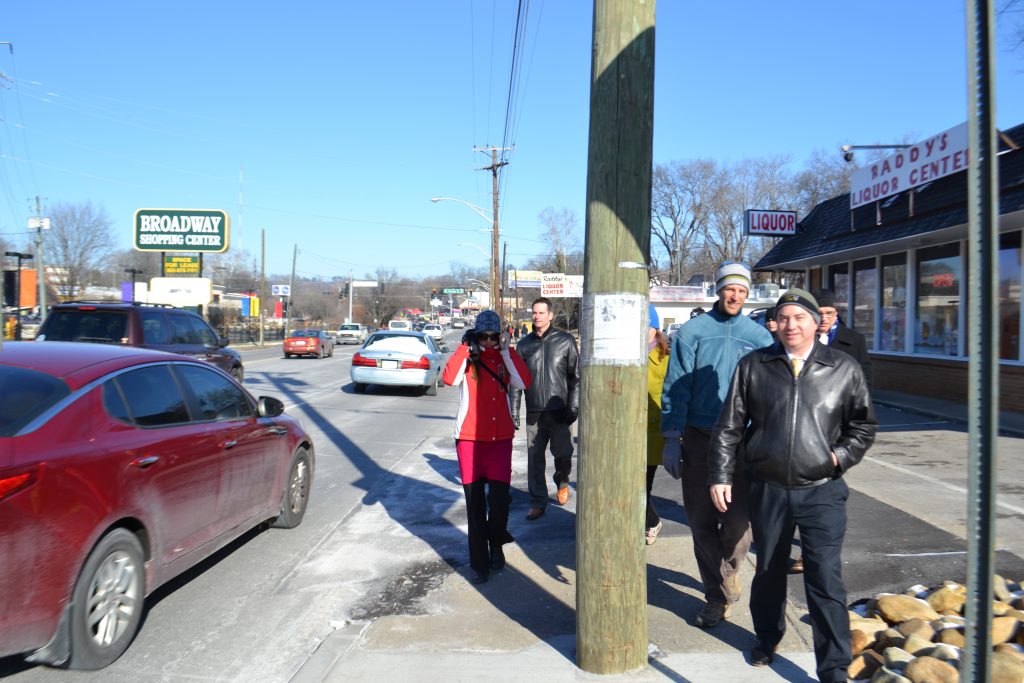 …to utility poles smack in the center of sidewalks.

Our coldest site visit to date! We checked out some of the safety issues along the Broadway corridor. Knoxville is happy to host the final workshop in the TN Complete Streets Consortium series. @completestreets #katgoesthere pic.twitter.com/lJyOtRd7OL

When we returned to the transit center to brainstorm solutions, each team focused on a different challenge. One group worked to improve pedestrian safety and connectivity, another honed in on public transit, and the last group prioritized economic development and the aesthetics of the corridor. At the end of the exercise, we discovered that all three groups proposed remarkably similar interventions; street design that support people walking also benefit public transit and local businesses! Cities do often have to make tough decisions about trade-offs whenever they make changes to their roadways, but our teams in Tennessee have shown that Complete Streets can also bring broad-reaching benefits to many people who use the street. 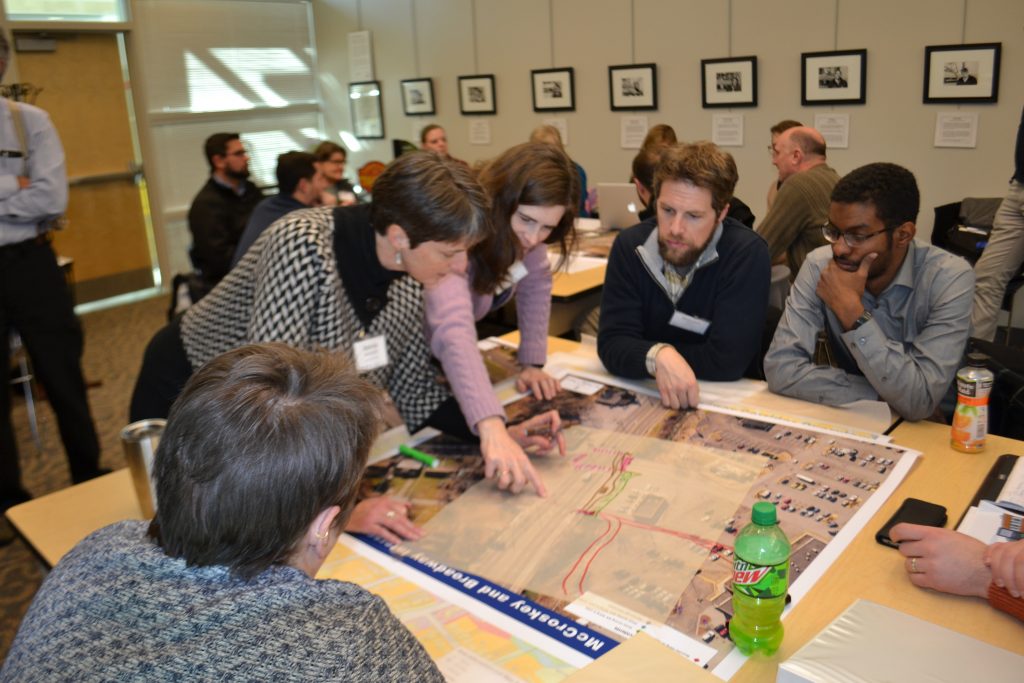 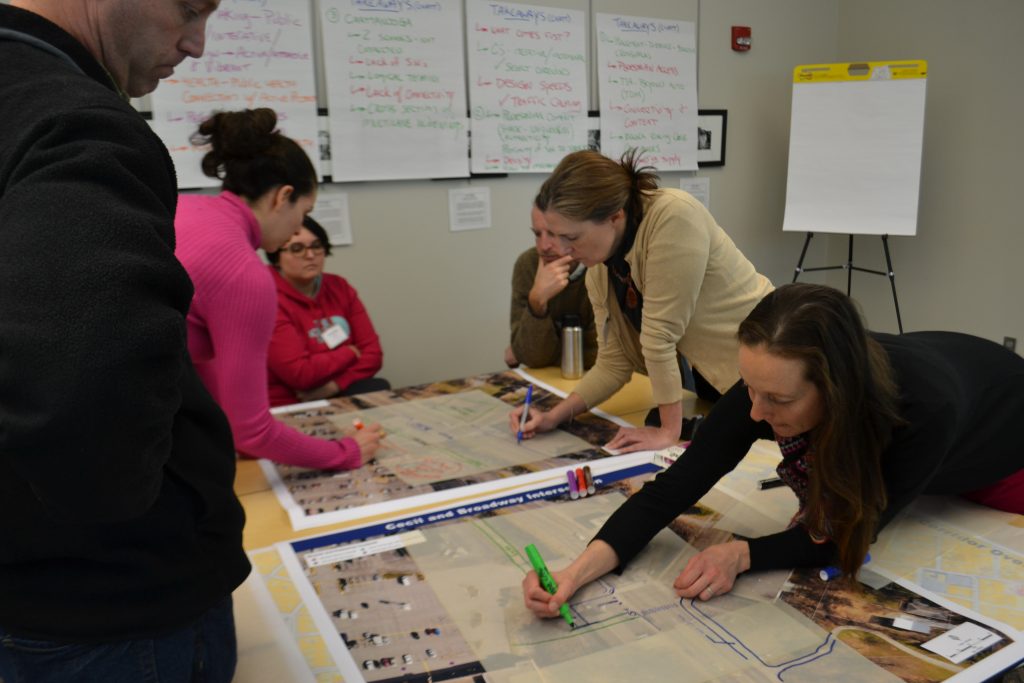 Even though the Tennessee Consortium Series is drawing to a close, Tennessee’s work on Complete Streets is far from over. At the end of our last day together, all three teams sat down to plan out their next steps. They identified which policies, procedures, and guidelines most need to be revisited and revised. They also discussed who needs to be involved in this process, who should be responsible for leading it, how often they should report on progress, and how they will measure success moving forward. 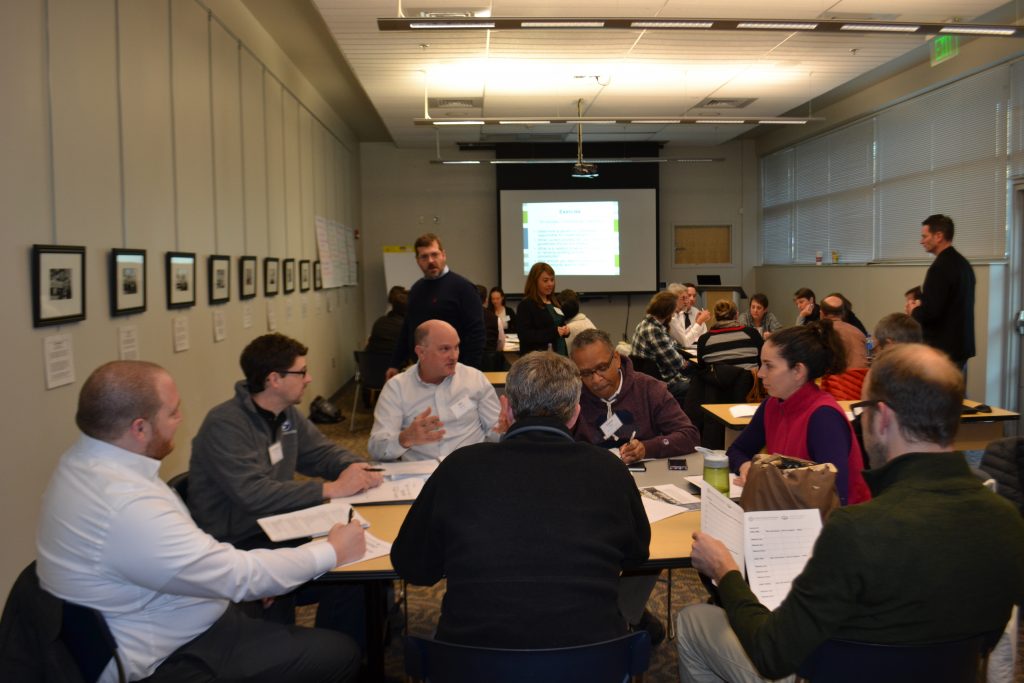 Nashville, Knoxville, and Chattanooga have a long way to go to create complete networks that get people walking, biking, riding transit, and driving where they need to go safely and efficiently. Through our case studies, exercises, and discussions, we’ve learned a lot about the challenges these regions face. They still have a lot of ground to cover to address ill-maintained or entirely absent sidewalks and to overcome outdated planning processes and resistance to change from within and outside their departments of transportation. But we’re confident that these teams of Complete Streets champions have the skills and enthusiasm to make change happen! 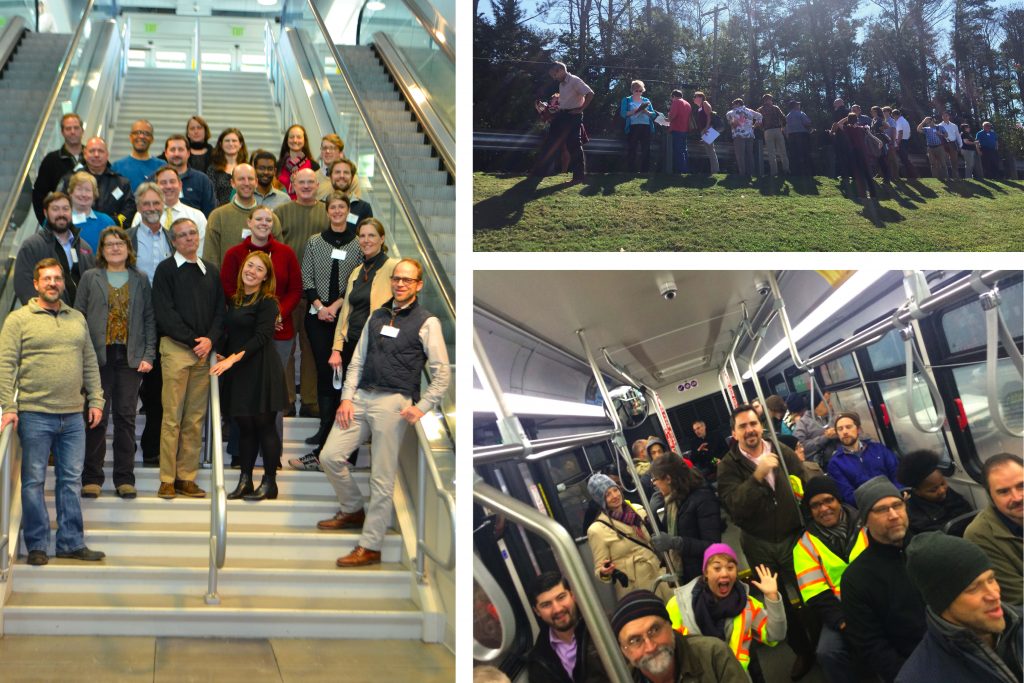 –
This technical assistance is funded through a grant to Smart Growth America from the U.S. Environmental Protection Agency’s Office of Sustainable Communities under their Building Blocks for Sustainable Communities program; the Centers for Disease Control and Prevention have partnered with EPA through this grant to support the Complete Streets Consortium Workshop series. EPA’s Building Blocks program funds quick, targeted assistance to communities that face common development problems. Through the program, Smart Growth America has already provided free assistance to more than 85 communities across the United States from Hawaii to Maine.