How can your city snag the next Amazon HQ2? 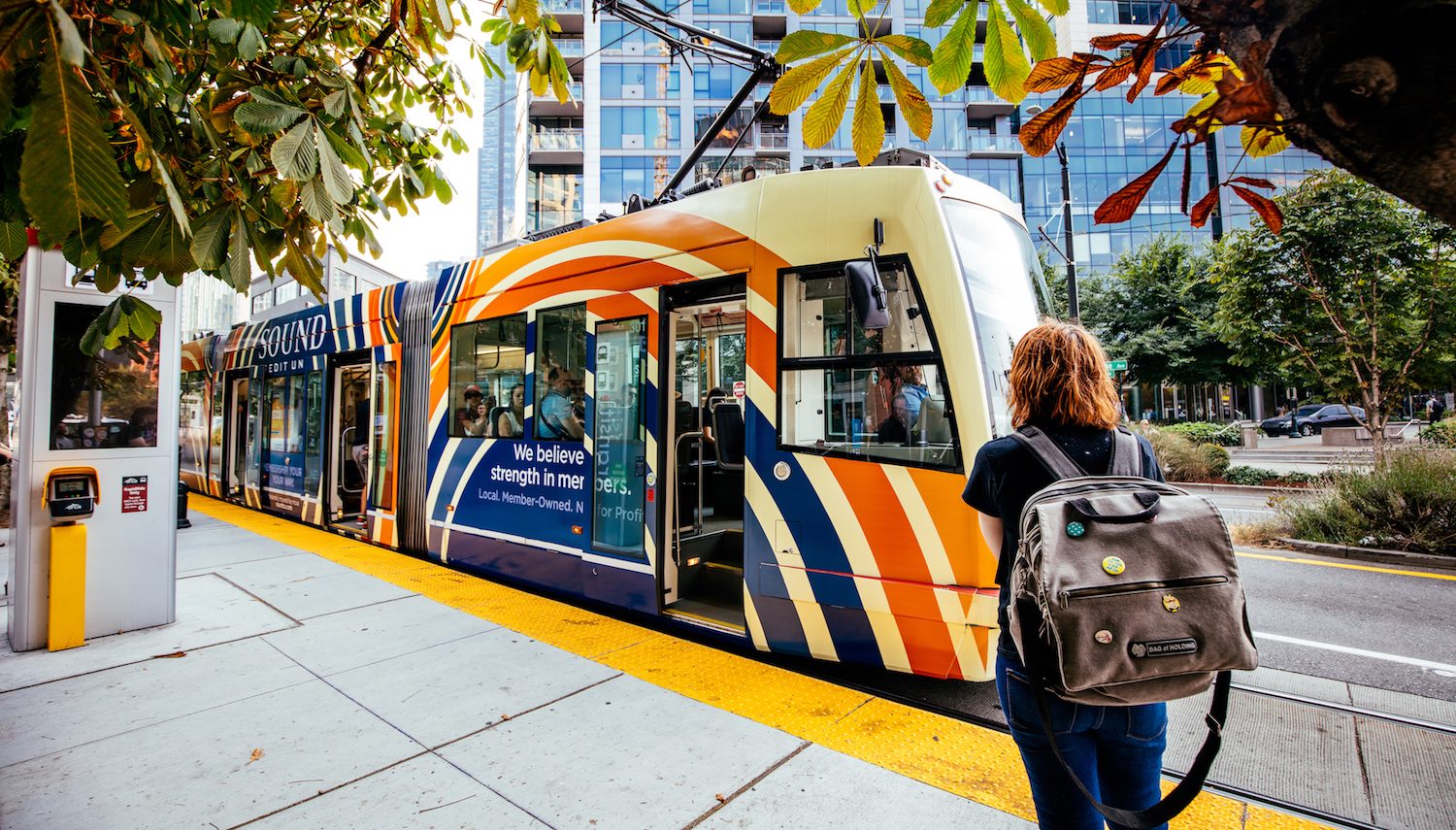 When Amazon initially announced its search for HQ2, it had a long list of items they were looking for in their finalists. Topping the wish list were an urban area with at least a million people, proximity to an international airport (ideally with direct flights to Seattle), and a functioning mass transit system. Cities across the country identified suitable sites and went out of their way to pull together elaborate incentives packages worth billions in tax breaks and direct subsidies to try and sweeten the deal. While both of the winners certainly ticked most of those boxes identified by Amazon, in the end, it all came down to one criteria: the ability to recruit talent.

“During the [selection] process it became clear to us that the overriding criteria was going to be the ability to find and attract talent.”

That’s not surprising. As we found in our 2015 report, Core Values: Why American Companies are Moving Downtown, by far the most prominent reason cited for moving downtown was to help recruit and retain talented workers. Those workers increasingly want to be in more interesting and connected places than the suburban office parks of the 1980s. At the end of the day it wasn’t the incentive packages or tax breaks that convinced Amazon to expand in Crystal City and Long Island City, it was the people who were already there, or likely to come.

In many ways, the fact that both DC and NYC already have the talent base that Amazon is looking for is the product of years of building the kind of place that would attract those workers in the first place. For every other city out there that’s looking to attract new employers and residents, or keep their brightest young college grads from leaving town, what are the steps they can take to make themselves more competitive?

The question isn’t, “are my incentives big enough to attract [insert company],” but rather, “how can we attract the talent that will make us the right place for companies to locate.”

Cities hoping to recruit top talent should focus on building a great place, and here are five ways to help make that happen:

1. Invest in transit, walkability, and other non-car options

Amazon’s essential requirement for high-quality transit was, in the words of Laura Bliss at The Atlantic, “a come to Jesus moment for cities where high-quality service has long been an afterthought.” And that’s the problem. Transit systems aren’t built overnight but younger Americans—those that companies are trying to attract—are increasingly interested in places where non-car transportation options are viable. Is it possible to safely bike to a coffee shop or movie theater? Can I walk to the convenience store without feeling like an alien on a planet populated only by cars. Is transit a convenient way to get to work or the doctor’s office?

And here’s a key point: you don’t have to have an extensive network of rails to be successful; buses can be powerful people movers, assuming you invest in making the system work. Seattle, Amazon’s original home, has made headlines with major expansions to its rail lines, but it’s bus system investments that have allowed the city to add thousands of downtown jobs while decreasing the proportion of drive-alone commuters. Bus-only lanes and even bus-only streets, priority at lights, and a dense network of predictable and frequent bus routes make riding the bus a breeze. Adding wifi doesn’t make a subpar bus system work any better. Seattle is also working on expanding bike infrastructure and making the city more walkable. Giving people convenient, affordable, safe transportation options outside of the private vehicle will be critical if your city wants to attract the talent of tomorrow.

As soon as it leaked that Queens and Arlington would be Amazon’s second and third homes, people expressed concern and consternation over housing prices. Both cities are facing acute housing shortages that are pushing people who can’t afford higher rents out to far-flung, car-dependent suburbs. Adding 25,000 more extremely high paying jobs to both metros will only exacerbate affordability and equity concerns.

But let’s be honest: that would be true of just about any city, big or small, in the country. While Amazon employees making $150,000 a year will have little trouble affording expensive housing, the talent you seek isn’t going to relocate to your city if housing will cost them an arm and a leg. Cities need to make it easier to build the housing they need by streamlining their regulatory processes, updating their zoning to allow more housing types, and establishing policies to prevent the displacement of low-income households.

While it flies in the face of conventional (read: outdated) zoning that physically separates housing, retail, and office spaces, more and more Americans want to live in neighborhoods that satisfy all their needs in one place. That means housing on top of a grocery store, or a restaurant on the ground floor with offices above. These mixed-use places also make it easier to live car-free, and they’re in high demand. People want more, so let’s give the people what they want.

In many instances though, that kind of mixed-use development is hard to build because of zoning. While Crystal City isn’t the most shining example of a mixed-use neighborhood today—it’s been office-heavy for a long time—it has gone through an extensive community engagement process to develop a vision for the area that would guide future public and private investments. Arlington County also adopted a neighborhood plan for the area that allows significantly more housing and will convert a busy highway in the center of Crystal City into a boulevard. That vision of a vibrant, 24/7, live/work/play neighborhood (and the relative abundance of such spaces in nearby DC) are part of the reason Amazon chose this location.

4. Think beyond the central business district

The downtown may be the center of action, but other central neighborhoods offer many of the same benefits. To wit, neither Long Island City nor Crystal City are in the downtown, central business district, though both are physically close to the center of their respective regions. This is great for both businesses and residents. Again, by allowing a mix of housing and commercial spaces, cities can create attractive spaces that benefit current residents (and future talent) while staving off car-oriented suburban sprawl. It’ll also help the city grow it’s tax base with more residents and businesses locating within its borders.

It’s worth noting that SGA’s Core Values report found that companies were moving to transit-connected or walkable nodes near downtown just as often as they were coming to the CBD. Walkability is where you find it.But this isn’t just about creating cities for people who can afford them. Every community has its own history and flavor and the existing residents should have a seat at the table to help direct how investments are made and cities need to make sure that lower-income residents and smaller businesses aren’t displaced as public and private investments start to flow.

Perhaps one of the most straightforward ways to attract talent is by producing homegrown talent. By investing in public education (both K-12 and higher ed) and partnering with local colleges, universities, and vocational centers, cities can literally create the next generation of talent right at home. But once you’ve created that talent, the challenge is keeping it. Many cities towns today struggle to keep their students after graduation. To those cities, see the previous four points.

Quality preschool and K-12 public schools are also a big draw for talent as they start families. A great city is one that works for people of all ages whether their in first grade or a nursing home. If residents have to flee to sprawling suburbs or neighboring cities to find good-quality schools—or else pay for expensive private schools—then your city isn’t going to be as competitive. And planning for families also requires building the kind of urban housing that families require (i.e. more two- and three-bedroom units, not just studios and one-bedrooms).

What’s not on the list? Hyperloop, self-driving cars, and tax incentives. Cities have precious few resources and should prioritize public investments on proven strategies to create great places. Amazon’s decision to expand in the New York City and Washington, DC regions may not surprise many people. But that has less to do with Amazon and more about what those cities are doing and other cities are not.