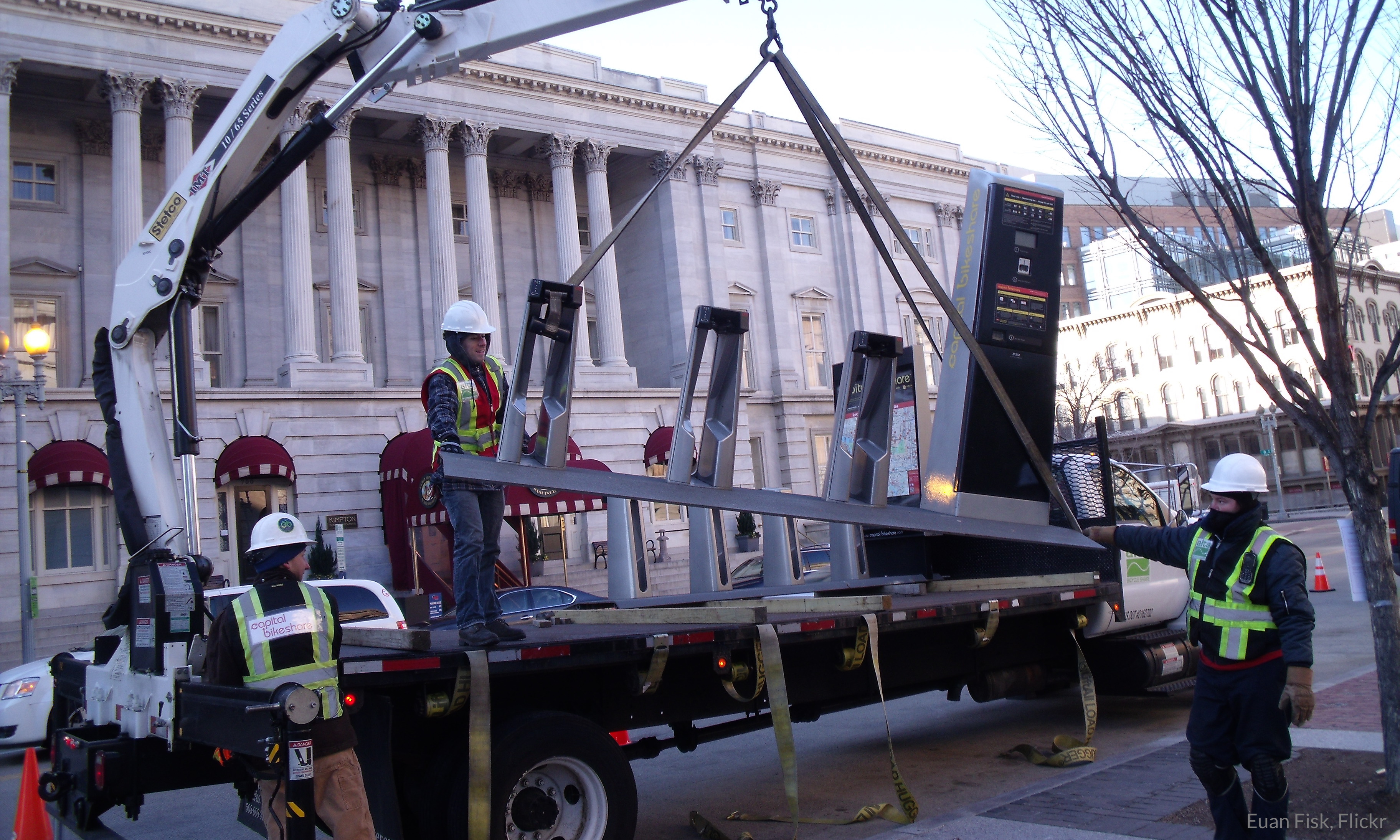 A developer paying the cost to install a new bike share station could be a way to gain credits toward a building permit under the plan outlined in Modern Mitigation. (Image: Euan Fisk, Flickr)

A new approach to addressing the potential transportation impacts of new development in urban areas, outlined in a new report by our State Smart Transportation Initiative (SSTI), could be a powerful recipe for reducing the demand for driving, while helping create more prosperous transit- and pedestrian-friendly cities.

For decades, most local, regional, and state governments have had a myopic approach to handling the transportation needs related to infill development: they require developers to add more street/road capacity. And this single-minded approach has produced exactly what one might expect: Lots of new, expensive roads that actually increase driving, and with it pollution, emissions, roadway deaths, and impediments for people trying to get around without cars.

A more productive approach seeks to minimize traffic from development before resorting to just building expensive, bigger and wider roads. This new report from SSTI outlines a modern method for cities and the private sector to partner together in reducing the demand for driving as cities build, grow, and thrive.

Cities conventionally manage the impacts of development by adding capacity for automobiles, often providing no support for anyone outside of a vehicle. But this strategy only encourages more driving, and the roads and city in general become much less pedestrian-, bicyclist-, and transit-friendly. It also creates more emissions at a time when many cities are trying to reach ambitious climate goals.

It’s a self-fulfilling prophecy: If we think of accommodating more driving as the only solution, it will inevitably get harder for people to walk or take transit, and more trips will be taken in cars.

Cities thrive with a concentrated mix of people and uses—the more jobs, people, and activities within reach of each other, the greater the economic benefit from being able to easily access all of this opportunity. Asking developers to provide services and amenities that allow people to move around with fewer car trips will reduce the traffic impacts of new development, benefit all, and will help cities avoid super-sizing our roads and intersections.

This report offers a way to do this within the city development process.

This new report—Modernizing Mitigation—suggests a system that rewards developers for a range of transportation improvements they can provide, making them partners in an effort to produce people-friendly neighborhoods. Actions developers can take include improving the infrastructure for walking, biking, or transit; providing complementary land uses that minimize the need for new trips; subsidizing other forms of mobility like bike sharing or car sharing; or providing first- and last-mile connections to high-capacity transit (like a regular shuttle). 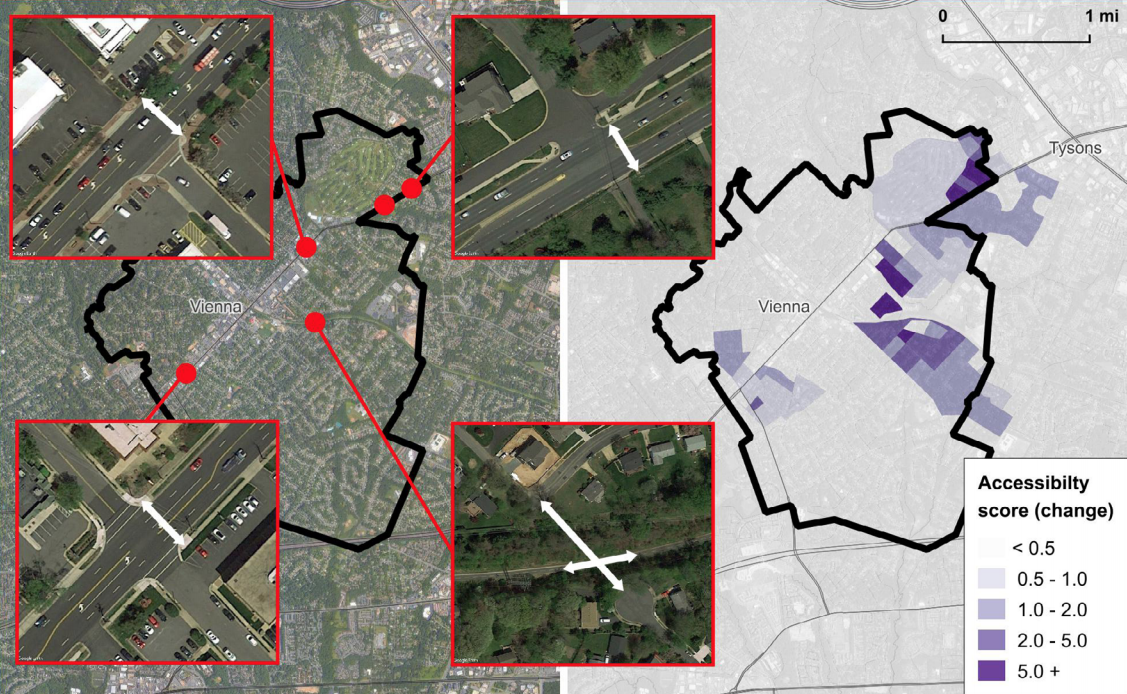 Changes to the pedestrian network and the improvement of crosswalks to add connectivity (left) and accessibility improvements from these connections (right) can be quantified in order to provide mitigation credits.

The contributions would be scaled to the amount of parking provided. The more parking a developer provides, the more they’d have to do to reduce demand (or through in lieu fees for non-auto services and facilities.) Or a project with no parking could be exempt from the other measures.

This helps produce a city where development can be seen as a positive contributor to a more prosperous place, rich with opportunities for all, as opposed to just the culprit to blame for more traffic.

This new approach can help put cities and developers on the same team, rather than working against one another to produce all the wrong outcomes. The report includes an examination of different cities’ policies along these lines, as well as a detailed look at precisely how this system could work with a real scale of points and incentives.

Much of the report was the product of SSTI’s practical work with the City of Los Angeles to develop a system for LA, but the suggested point system and requirements could be easily adapted by any other city to their local environment, priorities, or goals.

Watch the recent webinar with Eric Sundquist, SSTI Director; Ramses Madou, Transportation Planner with San Jose Department of Transportation; and moderator Beth Osborne, Senior Policy Advisor at Smart Growth America about the opportunities and challenges of moving from LOS (level of service) to VMT (vehicle miles traveled) and what steps are needed to make this shift work.