Why I’m a part of the Rebuild America’s Neighborhoods campaign: Pres Kabacoff 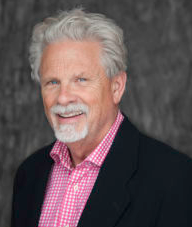 In 1982, Pres Kabacoff co-founded HRI Properties, a New Orleans based real estate company that quickly became a national leader in urban development and neighborhood revitalization. Since then, the company has transformed 80 underutilized properties and development sites across the country into large-scale hotel, apartment, mixed-use, and retail spots.

Over the past decade, Pres has furthered his commitment to creating vibrant, walkable places by serving as a member of LOCUS’ Steering Committee. In the last year, he has played an integral role in shaping federal policy to support private sector investment in walkable neighborhoods as part of LOCUS’ Rebuild America’s Neighborhoods campaign. Pres shared more about his experience on the campaign during its second year webinar launch:

“If you’re going to do… a neighborhood revitalization [project], you discover that there are certain things you just can’t fund—at least out of the developer’s pocketbook. I’ve been a member of most of the national organizations who believe the walkable neighborhood is the silver bullet. There are no silver bullets, but [creating walkable environments] is certainly one of them.

[Years ago], I was called by Chris Leinberger (LOCUS President, 2008-2016), a seminal thinker in this area, who was working with Christopher [Coes, LOCUS Director] putting together… 124 nonprofits to influence Congress to pay attention to metropolitan transportation concerns.

[They] really weren’t making the difference that they wanted to make and thought that, if they could assemble developers [who were] really very concerned about inner-city revitalization and transportation and… who [had] extraordinary contacts with their congressional delegations, state delegations, [and] city governments, they could actually be effective in influencing legislation.

We went to Congress, and on an individual basis, I went to some congressional meetings in New Orleans with Christopher where… we changed the law. We were able to get our friends to take the TIFIA legislation and allow for low-interest federal loans to fund infrastructure.

And then, we read—as we all did—that [President] Trump [was] coming in and [that there] was going to be a new tax act and new infrastructure dollars. So we scratched our heads and [asked] “How do we play in this arena?”

Christopher brought a group of [developers] to the White House, where we met with Trump staff. Then, we made the rounds to the congressional delegations trying to create an infrastructural tax credit that would give the private sector an opportunity to have incentives to finance crumbling infrastructure in [American] neighborhoods.

We did not end up, at the end of the day, getting that infrastructure tax credit. But during that process and [while] meeting with our congressional delegations, we were able to get a key member from Louisiana on the Senate Finance Committee to stand up [for] the Historic Tax Credit—which has been so important to the revitalization of center cities—as part of that legislation. We were able to encourage him to stand up and say, “Unless you have the Historic Tax Credit in [the tax bill], I’m not going with you.”  We saved it.

[The Rebuild America’s Neighborhoods campaign is] very exciting work and I think that the opportunity LOCUS has to [bring] members from different jurisdictions across America [together] increases our power to go to congressional delegations, and state delegations, and local mayors to actually influence [legislation and policy making].

We are now seeing an infrastructure bill. It’ll be quite a wrestling match, but we’re doing our best to find a way to take some of those infrastructure dollars and have them help infrastructure in crumbling neighborhoods. And so the more folks that we can get like you who have those kinds of [relationships], the more powerful we’ll be in influencing this kind of work.

I hope many of you join in the effort.”