Improving safety by making it a priority throughout the INVEST Act

As noted in Transportation for America’s scorecard, the House’s INVEST Act transportation bill takes important strides to make safety a priority, from the inclusion of new performance measures all the way down to making changes with how agencies set speed limits. Here are five things to know. 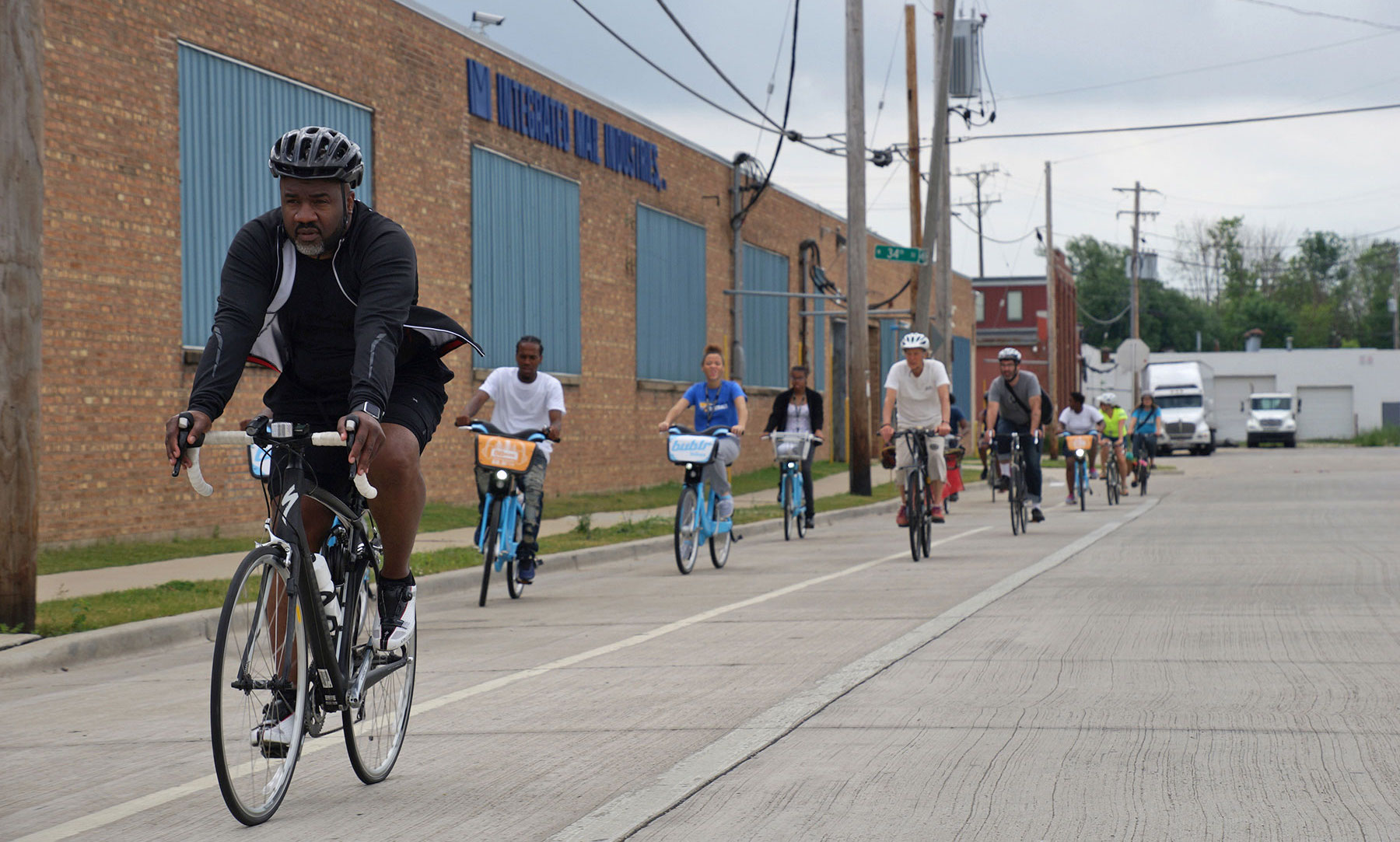 Here’s how Emiko Atherton, director of the National Complete Streets Coalition at Smart Growth America, described the INVEST Act in our statement from June 3rd:

“The safety of everyone using our transportation system should always have been the number one priority for the dollars that we spend, but we have utterly failed with America reaching the highest number of pedestrians struck and killed by vehicles in three decades. Thanks to the hard work of Rep. Cohen who introduced the Complete Streets Act and saw many of those ideas incorporated here, safety will once again be paramount.”

So what does the INVEST Act change when it comes to safety? Here are five important changes.

1) Incorporating a focus on safety throughout all federal programs

Safety is not a single program, and our biggest criticism of the Senate’s approach to safety last year was the same as our critique on climate change: You’ll never measurably improve safety (or climate) by creating a small add-on program when the the overall federal program’s focus on vehicle speed makes safety worse and increases emissions. That’s why the most notable changes to the bill are those that prioritize “Complete and Context Sensitive Design” across federal spending and require states and metro areas to consider and design for all users, including pedestrians, bicyclists, public transit users, children, older individuals, individuals with disabilities, motorists, and freight vehicles. This will also take precedence over the current practice at most transportation agencies to plan projects around a guess at future traffic and, instead, prioritize operational performance.

The Secretary of Transportation is also charged with producing new design standards for the nation’s road system that takes context sensitive design principles into consideration, while also giving wide flexibility for local governments on design. (It should be noted that agencies already have wide flexibility to prioritize safety, though many continue to claim that the FHWA won’t “let them” do so.)

States will be prevented from setting regressive targets for more people to be struck and killed by drivers while walking or biking—which are disproportionately the elderly, Black Americans and Native Americans, and people in low-income neighborhoods.  (We just can’t bring ourselves to call these targets “safety” targets when the target is for less safety.)

We have written about this issue extensively, including an addendum to Dangerous by Design that we released earlier this year. After examining state data, we found that an astonishing 18 states set targets for more non-motorized users to be killed and injured in the coming year compared to the most recent year of data reported at the time.  Let that sink in: 18 states are taking billions in federal transportation dollars, ostensibly intended to move people safely from A to B, and then planning for more people to die because of their spending decisions, and there are no penalties for doing so. States would now be required to set safety targets to improve, and if they fail to meet them, they will be required to spend more money to make their streets safer for everyone

Beyond this new requirement for the targets, states with the highest levels of pedestrian and bicyclist fatalities will also be required to set aside additional funds to address those safety needs.

3) Dedicates more funding to protect the most vulnerable

The INVEST Act doubles funding for the Transportation Alternatives Program (from $850 million to an estimated $1.5 billion per year), which funds many biking and walking projects; and the bill adds new protections that will prevent states from transferring those funds to other programs unless they first make them available to local governments who could identify no suitable projects. (That’s unlikely to happen—local communities are eager for funds to make their streets safer, especially in smaller communities where the state dictates what projects to build—not the locals.)

It also allows federal dollars to be used to create plans for Complete Streets and Vision Zero—an effort to eliminate traffic fatalities. Every state will also be required to establish a safety assessment for “vulnerable users” within their road safety plan, and create an overall safe systems approach to roadway design that incorporates the likelihood of human error in order to prevent fatalities, which leads us directly to…

The legislation would also change the way that speed limits are set. Today agencies set speed limits by finding the speed where 85 percent of drivers are obeying the limit and making that the posted speed. If you build a wide street (too wide for the planned speed) and people drive too fast, the speed limit is often raised to accommodate the rule breakers. It’s time to stop bending to the needs of dangerous speeders and ignoring the safety of everyone using our roads. Speed is the number one contributor to death on our roads, and those impacts are pronounced when someone is struck while walking or biking.  Speed limits would instead be set based on a number of factors (the safe systems approach mentioned above), like crash statistics, the number of people walking & biking, and what sort of development exists around the road. The context of the street will determine the speed limit instead of how fast drivers choose to drive.

One of the bill’s major changes we detail in this post is a focus on access to destinations instead of vehicle speed, which is directly related to improving safety:

[To determine success, transportation agencies] measure whether or not your vehicle was moving quickly at some point of the trip. Whether or not you actually arrived isn’t measured. This metric of “success” ignores those who can’t or don’t drive, take transit, or are mobility impaired. …Vehicle speed isn’t a good measure of whether or not people can conveniently access the things they need in their daily lives.

By making access to destinations by all modes the measure of success, instead of “did your car go fast for some period of time,” we can dis-incentivize the building of big, wide roads that don’t have crosswalks and intersections and signals (those things slow down the cars!) and move toward making investments that will increase the ability of everyone to get where they need to go, regardless of how they are traveling.

Prioritizing access and starting to plan street design around the needs of today rather than magical thinking about traffic “needs” tomorrow will also contribute to improving the safety of our network overall, for everyone.

This bill could still use some improvements on safety for these changes to have their desired effects, including changing some “mays” to “shalls” and better defining context-sensitive designs in the #1 section above. But we applaud the work and leadership of Chairman DeFazio in writing a bill that puts safety front and center, and that of Rep. Cohen who introduced the Complete Streets Act of 2019 that sparked many of these changes. Federal standards and policy are just one part of this puzzle, and we will continue our important  work with cities, counties, metro areas and states to help them learn how to better plan, design, and implement safer street designs.