Kaid Benfield is a Smart Growth America board member and the director of NRDC’s Smart Growth program. This post originally appeared on his NRDC Switchboard Blog. Our thanks to him for letting us crosspost it in full here. -Ed.

I make no pretense of objectivity on this one.  I’ve been working on LEED for Neighborhood Development for seven long years.  It’s now finished and awaiting final approval by the three founding partners – NRDC (in consultation with the Smart Growth America coalition), the US Green Building Council, and the Congress for the New Urbanism.

The latter two will consider the system via membership ballot (not really practical in the case of NRDC’s 1.2 million members; SGA’s board of directors and NRDC’s board of trustees are considering the issue).  I’m a member of all three groups, and I’m voting yes. 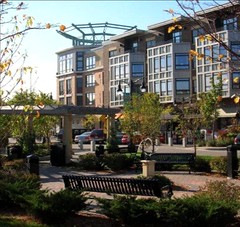 Here’s why:  Our modeling indicates that, compared to standard land development, a project earning a LEED-ND gold certification under our pilot program will reduce per capita carbon emissions by 30 percent.  In best-case situations, the reduction can be even larger.  The savings come from a combination of efficiencies in transportation, buildings, and infrastructure, each with standards under the program.  And that’s just one of the environmental payoffs.

LEED-ND doesn’t mandate infill, but it encourages it through strong credit incentives.  It encourages locating development within walking distance of transit, too.  The more frequent the transit service, the more points will be awarded.  Revitalization and suburban infill projects will score much better under the program’s location credits than will greenfield projects, as they should because of their superior performance.  This will help watersheds, too, by rewarding locations that do not require the spreading of pavement onto what are now forests and farms.

The program’s absolute minimum for density is not high at seven homes per acre (and a comparable standard for commercial) but, again, the credits reward increasing density with additional points. 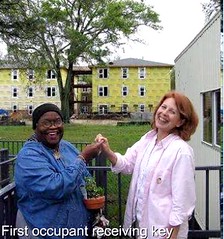 In LEED-ND’s third major category, the program has prerequisites and credits that encourage energy and water use efficiency in buildings, stormwater management, and a variety of other green building and site practices.  In almost all cases throughout the system, we reward performance while allowing flexibility in how the credit standards are achieved.

We have learned a lot about the system from the pilot program, which has certified thirty-six projects so far (see images).  The standards were thoroughly updated from the pilot as a result of that experience and additional information and analysis that we did not have when drafting the pilot standards.  The detailed documents may be accessed here.

It must be said that LEED-ND is far from perfect, in my opinion.  That’s partly because I don’t think performance standards adequately capture all important values, environmental and otherwise, when it comes to how we should shape our built environment.  (See my comments earlier this week about the development around Arlington, Virginia’s transit stations.)  The system is also imperfect because it was the product of negotiation and compromise among parties with differing interests, particularly the environmental/smart growth community and the private sector. 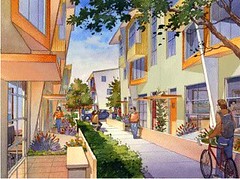 I have detailed my feelings about the program’s substantive shortcomings before and won’t do so again here.  Trust me:  there’s a lot I’d tinker with if it were my own.  Moreover, because of procedural hurdles having to do with the US Green Building Council’s relationship with an outside certification body, we weren’t able to make significant changes from the most recent draft.  For the most part, further improvements will have to await future revisions, which we expect to undertake in regular 2-3-year intervals.

But, imperfections notwithstanding, this is a great start.  I think LEED-ND will be an extremely useful tool for advancing the causes of smart growth and sustainable development, in at least four ways:

Let’s finish this deal and get it out on the street.