Mayor Ballard shared an inspiring narrative detailing the challenges and rewards of Complete Streets investments made during his eight years as an elected official. The address touched on the importance of investing in trail infrastructure like the Indianapolis Cultural Trail, and the launch of RebuildIndy, an unprecedented initiative to rebuild deteriorating and long-neglected thoroughfares, residential streets, sidewalks, and bridges throughout Marion County.

Following Mayor Ballard’s address was the presentation of the National Complete Streets Coalition’s 10th Anniversary Award. Art Guzzetti, APTA Vice President of Policy, and Governor Parris N. Glendening, President of Smart Growth America’s Leadership Institute, presented the 10th Anniversary Award to Barbara McCann, Director of the U.S. Department of Transportation’s Office of Safety, Energy and Environment, honoring her legacy as the founding Executive Director of the Coalition as well as her longstanding commitment to the Complete Streets movement. Honorary awards were also presented to Roger Millar, Deputy Secretary of the Washington Department of Transportation, and Stefanie Seskin, Active Transportation Director for the City of Boston, for their lasting contributions to the Coalition. 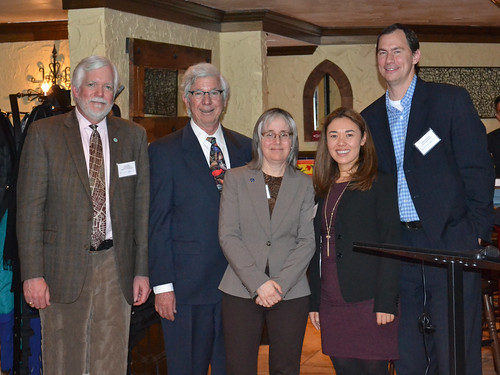