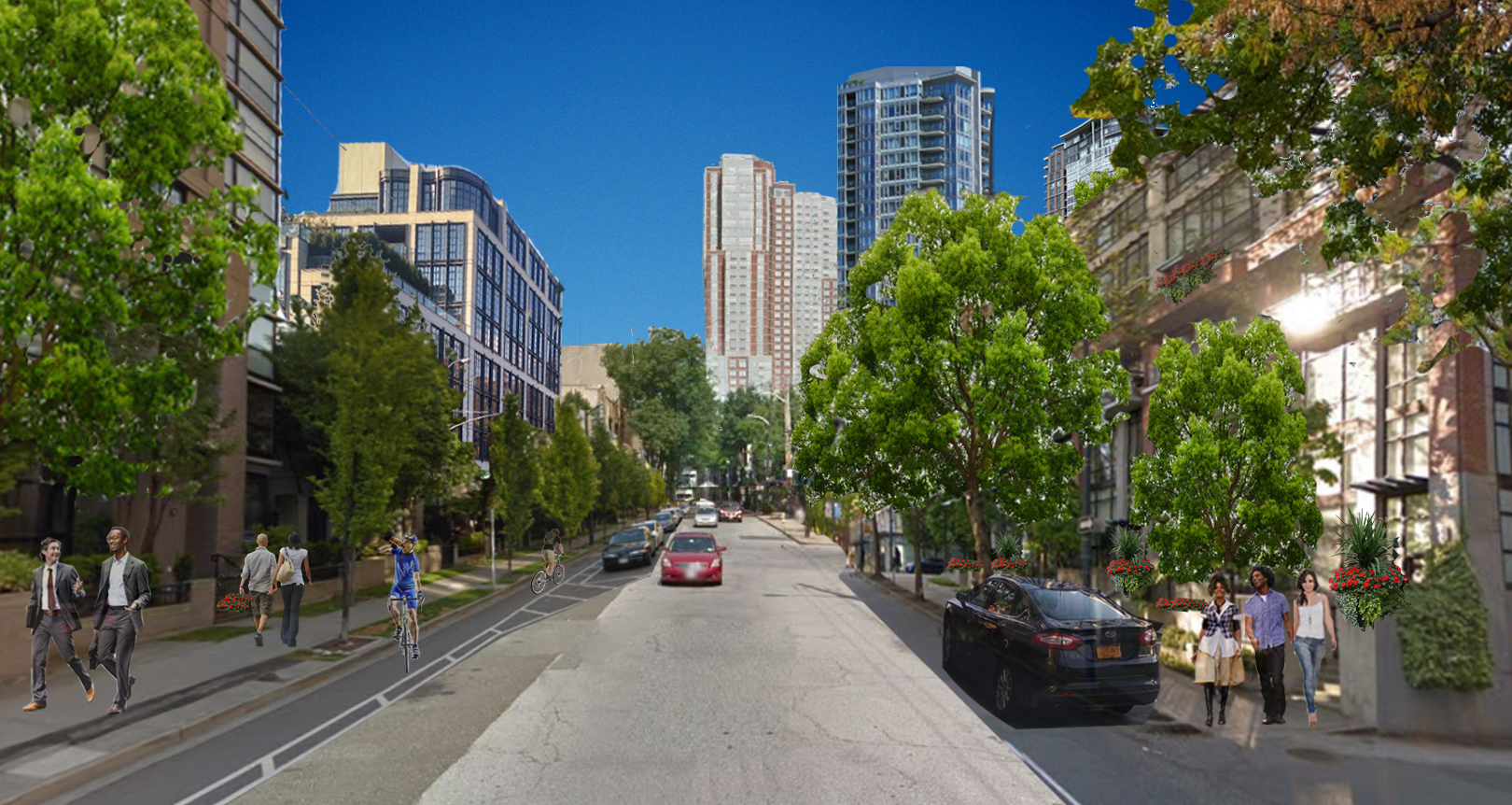 New Rochelle, New York struggled for years to stimulate catalytic development in its downtown. Now, this New York City suburb is emerging as a walkable, transit-oriented hub for residents to live, work, and play. A form-based code is making all the difference by spurring new development that is predictable, expedited, and responsive to community interests.

This post is the first in a series of case studies by the Form-Based Codes Institute on high-performing form-based codes and the exceptional development that has occurred as a result of their adoption.

New Rochelle, once a bustling downtown just 25 minutes by train from New York City’s Grand Central Station, declined in the 1990s and early 2000s. Promising attempts at revitalization failed to gain traction, in part because of an onerous process for reviewing and approving new developments. The city realized its existing zoning was standing in the way of its ambition to become an attractive place to live, work, and play—the basis of a redefined vision “New Rochelle, Ideally Yours.” So the city turned to a form-based code—the Downtown Overlay Zone (DOZ)—that is easy to understand and fast-tracks projects for approval, encouraging more development that the city wants.

Now, the same developers that found it almost impossible to get a project proposal approved in New Rochelle’s downtown are breaking ground. The DOZ is easy to interpret and project approvals generally take just 60 to 90 days. As a result, the city is growing in ways that support community interests—from student housing to art space—provide public amenities, and attract even more private sector investment. 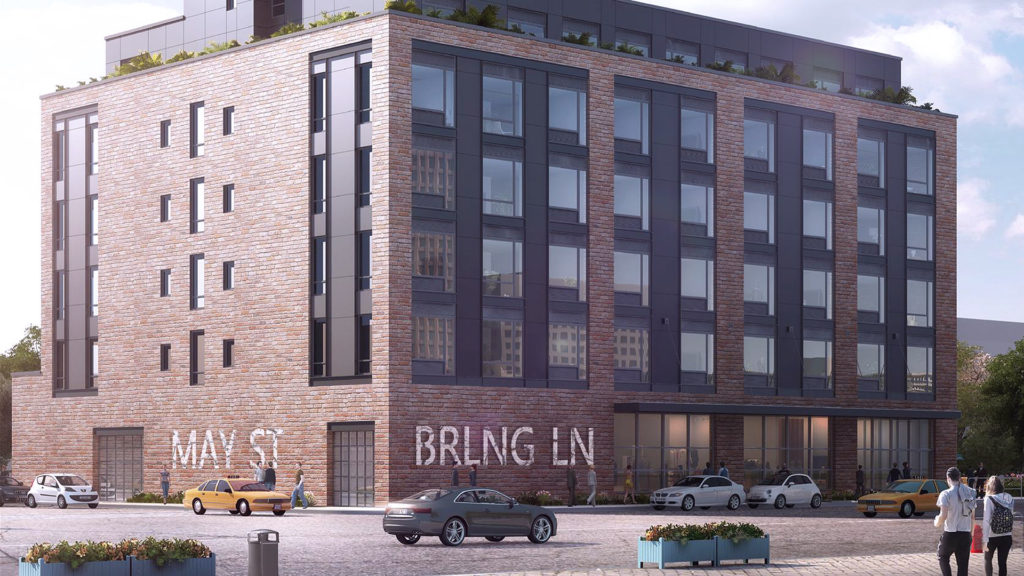 In developing the DOZ, city officials and RDRXR undertook a robust public engagement process to learn about residents’ perceptions of development and ensure that any plan was supported and led by the community. This multi-stage effort—which they called “crowdsourced placemaking“—began by asking people what they’d like their community to be and then worked backwards, understanding that the ultimate buildout had to provide benefits to the community, developers, and investors.

An online forum allowed residents to submit and vote on suggestions for public spaces and amenities they’d like to see. A downtown kiosk also allowed people to submit ideas in person. The most popular ideas were included in a community benefits program (more on that below) to incentivize developers to deliver the places and amenities community members wanted.

Beyond amenities, residents expressed an interest in transit-oriented development, mixed-use development, and greater walkability giving the city an opportunity to realign zoning—through the DOZ—and other regulations to meet the desires of both community and market.

“Crowdsourced placemaking ultimately allows for a co-creative process where you align community goals with the market and some really tremendous outcomes can occur.” — Brandon Palanker, Steering Committee member of the Form-Based Codes Institute and former president of Renaissance Downtowns

After nearly a year of intense community engagement and collaboration with the city, RDRXR produced a recommended action plan that included a detailed analysis of the information gathered through the crowdsourced placemaking process and recommended a form-based code for downtown.

New Rochelle took a form-based approach to zoning with the DOZ. The new code prioritizes human-scaled, walkable development envisioned by residents during the engagement process and is less prescriptive of each building’s specific function (anything from residential to light industrial is permitted across all zones). It directs development to the city’s urban core and downtown neighborhoods with context-based standards tied to the location and type of street a project is located on. Every part of downtown is carefully considered in the code and additional emphasis is placed on parcels identified as “terminating vistas” or “significant corners.” The DOZ contains six districts of varying intensity, depending on proximity to the New Rochelle Transit Center.

The code significantly shapes the environment where people stroll, walk to work, ride their bikes, or meet with friends—the space we call the public realm. It encourages pedestrian walkways to enhance accessibility in New Rochelle’s street network, and prohibits large “superblocks” that make walking less enjoyable. And thoughtful parking requirements incentivize developers to create shared, park-once facilities in the city core. The DOZ also focuses on private and public frontage in a way that keeps the pedestrian-level experience inviting and comfortable with minimal amounts of reflective windows, proper building placement and alignment, and streetscape features like sidewalk furniture and landscaping that create a sense of place. Some streets require storefronts and frequent openings to create “sticky” edges by breaking up long stretches of blank facades.

The DOZ also implements the community benefit program mentioned earlier that incentivizes developers to deliver the ideas and desires sought out most during the community engagement process. The

And the DOZ has two elements that are particularly equitable and forward thinking. First, the new code requires that all projects provide 10 percent of the residential square footage for residents at 80 percent of area median income, on a permanent basis. Over 650 affordable units have already been approved or are under construction, with hundreds more expected by 2025. Second, the city completed a generic impact statement for projects in the overlay zone as a way to streamline New York’s traditionally onerous environmental review process.

In just three years, New Rochelle has approved 31 projects—11 have broken ground and one is complete. And although many are six-story, mixed-use residential buildings or hotels, the city is beginning to receive more proposals for projects that rise 26 stories or higher. Here are a few that demonstrate the diversity of structures proposed across the city.

360 Huguenot: Developer RXR Realty earned four extra stories for this proposed 28-story mixed-use tower by including a 10,000 square-foot black-box theater and a replica of the historic Loew’s Theater marquee over the entrance as a community benefit bonus. Upper floors will include 280 residential units, 10 percent of which will be affordable to tenants earning 80 percent of the area median income. 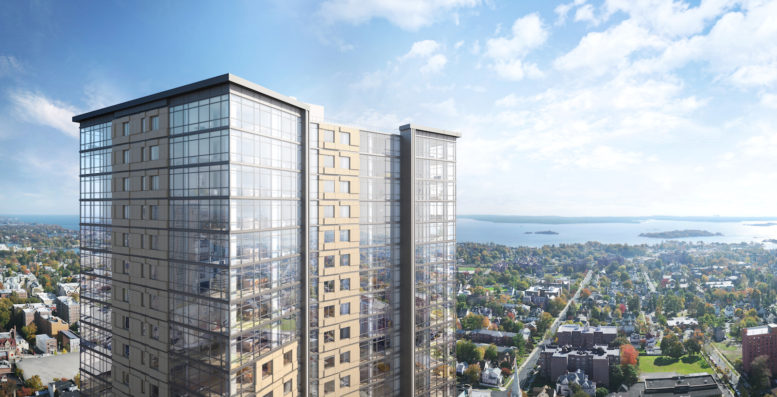 Church/Division: This two-tower mixed-use project incorporates public open space between the two buildings—another community benefit bonus—which allows for connectivity throughout the site and ensures that the project is connected to the surrounding neighborhood.

The Lombardi: One of the first projects completed under New Rochelle’s DOZ, the Lombardi is a six-story mixed use project that includes added retail space and 48 residential units—six of which are permanently affordable—just three blocks from the downtown transit center.

11 Garden: This mixed-use project includes a 219-unit residential component that’s entirely affordable (for 80 percent AMI) and a public plaza for all New Rochelle residents to enjoy. It will be “indistinguishable from luxury buildings” and a convenient three minute walk from the city’s train station.

2 Hamilton: This innovative, four-story, mixed-use renovation of and addition to a 90-year-old building includes 56 apartments atop original ground-floor retail space. The project was feasible due to the use of lightweight “mass timber” technology, in which cross-laminated timber is prefabricated and then quickly assembled on site like a Lego kit.

The Downtown Overlay Zone is fulfilling expectations and transforming New Rochelle into a dynamic, walkable, mixed-use environment. The extensive engagement of local residents in defining the community amenities and respective development incentives was essential to this success. Their input provided the right formula to unleash market demand and create opportunities for new investment. Other communities with a deteriorated downtown and pent-up demand for walkable urban spaces can learn from these successful efforts.

At a glance: Project details

Mandatory/optional: Optional, the DOZ provides an alternative for property owners to redevelop or develop their land and buildings within the downtown. The DOZ prevails if there is a conflict between it and the underlying zoning.