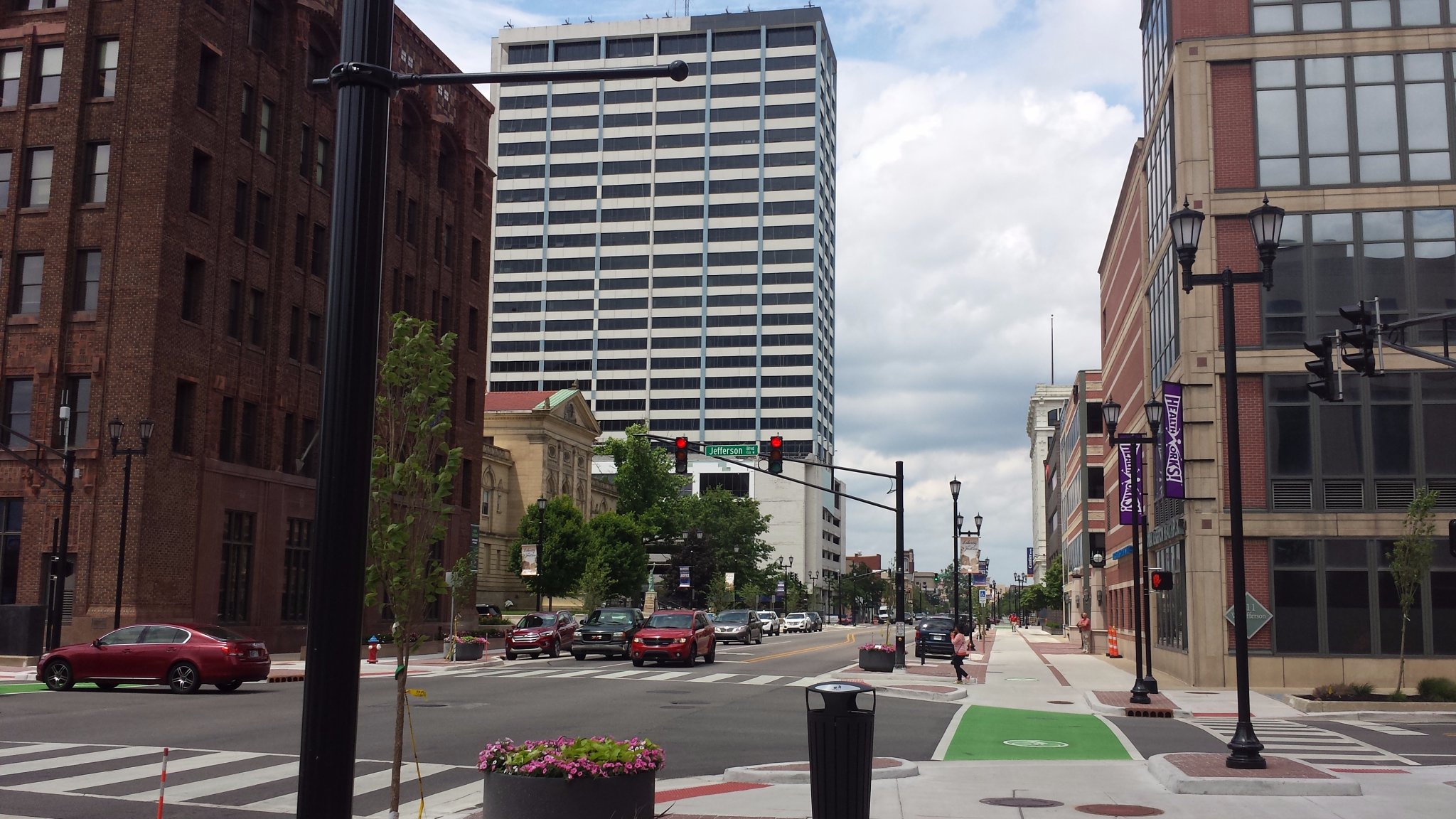 A bike lane that only lasts one block is not particularly useful. That’s why a Complete Streets approach is about more than remaking one given street. It’s about creating a connected network, where people can easily travel anywhere they need to go by a variety of travel modes.

A similar philosophy is the basis of a new project we are doing with Indiana communities along the border of Michigan, in a region known as “Michiana.” Together with the Michiana Area Council of Governments (MACOG), we are helping to bring together communities interested in Complete Streets to make the entire region safer and more convenient for everyone, no matter their age, ability, income, race, or how they choose to travel.

Local leaders in Michiana have seen great returns on public investments in downtown revitalization and recreational trails to attract new development and residents. But a block or two outside of those downtowns, dangerous conditions make it hard for people to walk or bike safely. And the region’s trail system is neither complete nor designed to help people walk or bike as a mode of transportation.

MACOG approached the National Complete Streets Coalition for help. Our Complete Streets workshops usually come in one of four formats. We often customize our workshops according to each community’s unique needs, but when we talked to MACOG, we saw an opportunity to try something new.

For the first time, we are helping an MPO run a competitive application process for communities in their region. After meeting with local municipal leaders, we are working with MACOG to design a competitive application process that MACOG will administer. Approximately three communities will be selected to receive a Complete Streets workshop from us.

To kick off this work, in early June we traveled to North Central Indiana for a tour of the region hosted by MACOG. We met with five local mayors to learn more about their goals and unique challenges—like the region’s large Amish population, and a retail cluster that is designed primarily for people driving cars. We will be working with Michiana over the next several weeks to open the competition and, later this fall, select the winners.

This is a great way for an MPO to bring together communities and create a region-wide Complete Streets approach. If your region is interested in a similar type of project, contact us.