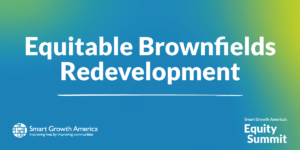 Watch the recordings from the event

Everyone deserves to live in a place that is healthy, prosperous, and resilient. Cleaning up underutilized, blighted, or environmentally impacted land—known as brownfields—is an important part of returning that land to the community. Yet the funding and capacity for cleaning them up pales in comparison to the need.

The National Brownfields Coalition is a non-partisan alliance of public interest organizations, academics, as well as public and private sector professionals who raise awareness about, as well as develop and advocate for policies and practices that support the remediation and redevelopment of brownfields nationwide.  The Coalition is jointly managed by Smart Growth America and the Center for Creative Land Recycling. We advocate for protecting public and environmental health sustainably and equitably, by removing or containing contaminants in the estimated 400,000 to 600,000 brownfields sites. By working across sectors and fields, practitioners and advocates are able to better confront environmental contaminants and return these lands to productive use.

NBC testifies before the House Subcommittee on Environment & Climate Change

On Tuesday, February 15th, NBC Steering Committee member Lee Ilan represented the National Brownfields Coalition during the virtual ‘Back from the Brink: Restoring Brownfield Sites to Economic Engines’ hearing alongside four other witnesses and brownfields advocates from across the country. Witnesses praised the additional funding in the Bipartisan Infrastructure Law (BIL), discussed the connection between environmental justice and brownfield redevelopment, addressed concerns of gentrification and housing displacement related to redevelopment, and provided insight on other issues related to federal brownfield policy. Keep reading.

Webinar recap: Conversations on the state of the redevelopment field

On December 16th, the National Brownfields Coalition was honored to present an engaging pre-recorded conversation with Representative Dan Kildee from Michigan’s 5th District around the recently passed Bipartisan Infrastructure Law and new opportunities for brownfield communities. Rep. Kildee has been instrumental in advancing brownfield priorities both at the state and federal levels by serving in the prestigious Ways and Means Committee and as Chief Deputy Whip of the House Democratic Caucus. He also founded Michigan’s first land bank which invested millions of dollars in Flint and served as a land bank model for communities across the country. Keep reading.

The National Brownfields Coalition will be participating in a roundtable with EPA’s Office of Brownfields and Land Revitalization (OBLR) on issues around gentrification and displacement of long-term community residents as the nation works toward responsible brownfield redevelopment. The conversation will touch on equity challenges in revitalization, resources for education and assistance to communities, and strategies to prevent displacement. Look out for an email from the Coalition summarizing key findings and insights soon!

The National Brownfields Coalition was proud to testify before the House Subcommittee on Water Resources and Environment in a congressional hearing focused on “promoting economic and community redevelopment and environmental justice in the revitalization and reuse of contaminated properties.” Keep reading. 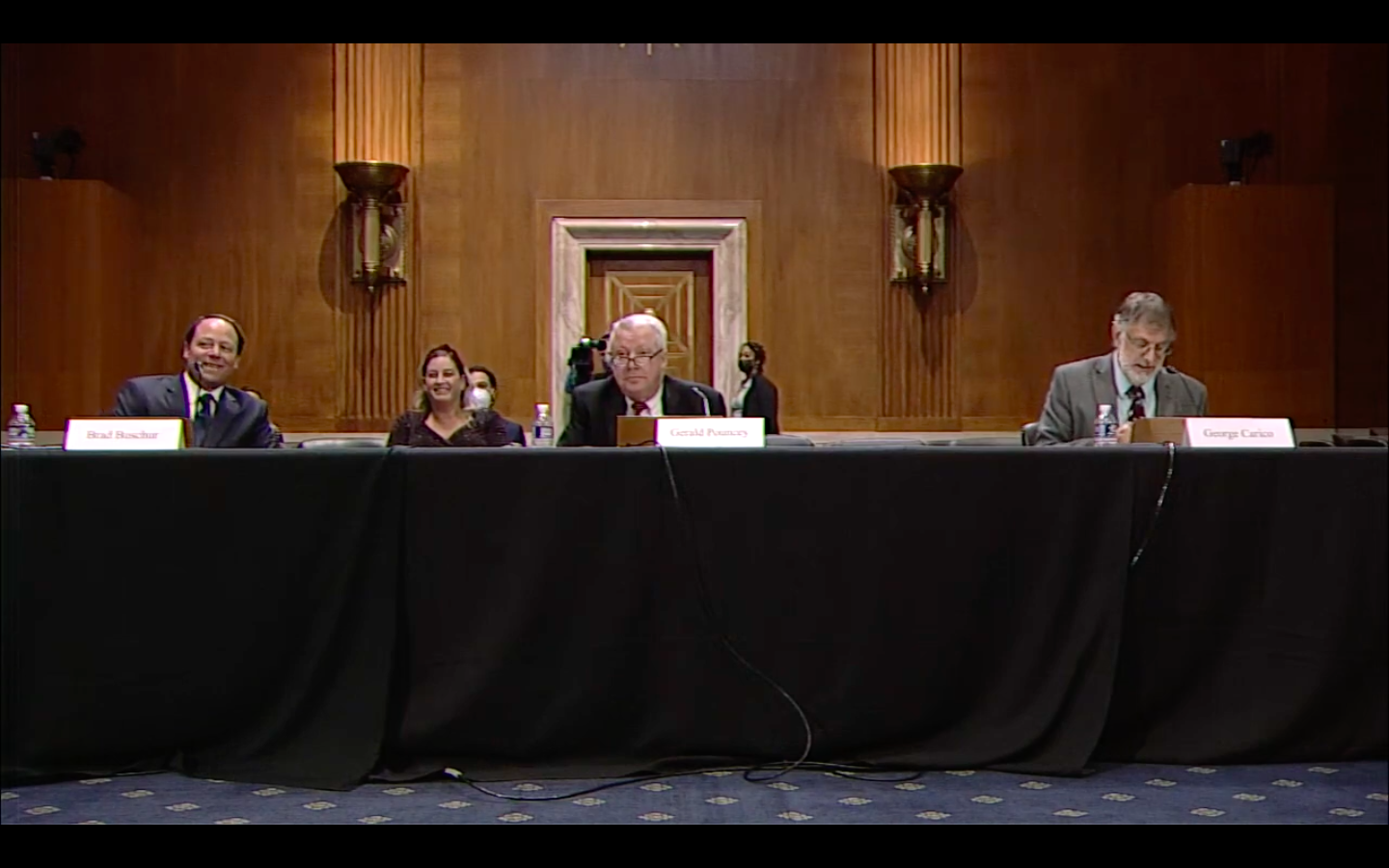 On Thursday, September 28, National Brownfields Coalition (NBC) Steering Committee members Michael Goldstein and Gerald Pouncey testified at the Senate Committee on the Environment and Public Works’ hearing on the Federal Brownfields Program. At the hearing, Goldstein and Pouncy provided recommendations and improvements for the program including Low Income Housing Tax Credit program additions for … Continued 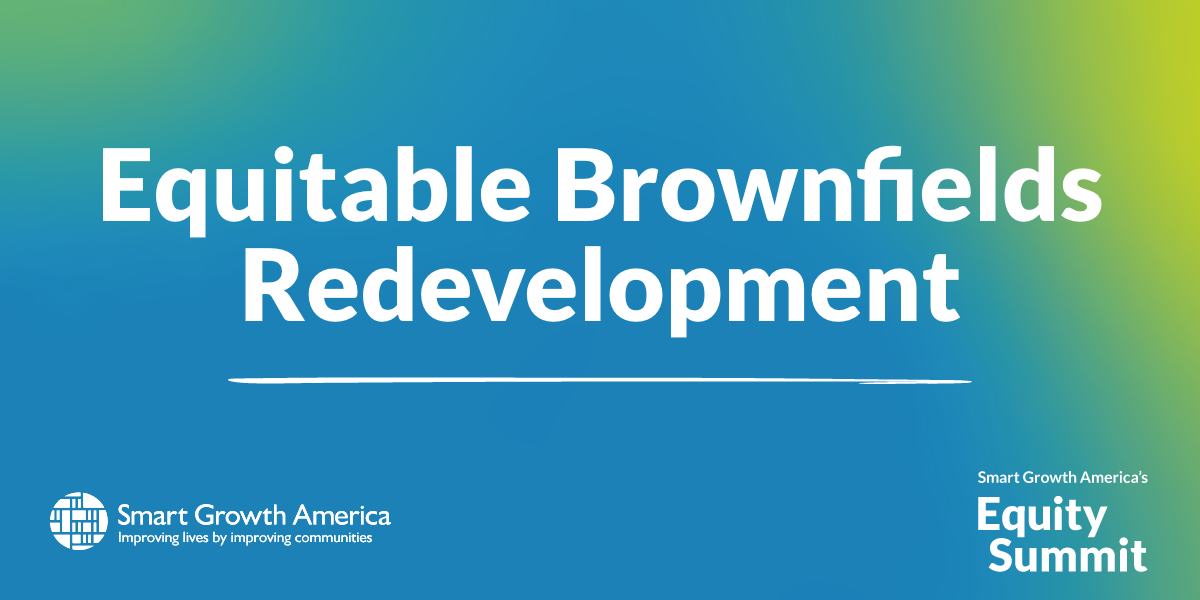 Join the National Brownfields Coalition to learn about tools and strategies for community wealth-building and preventing displacement at the Equitable Brownfields Redevelopment webinar, part of continued programming of Smart Growth America’s Equity Summit. 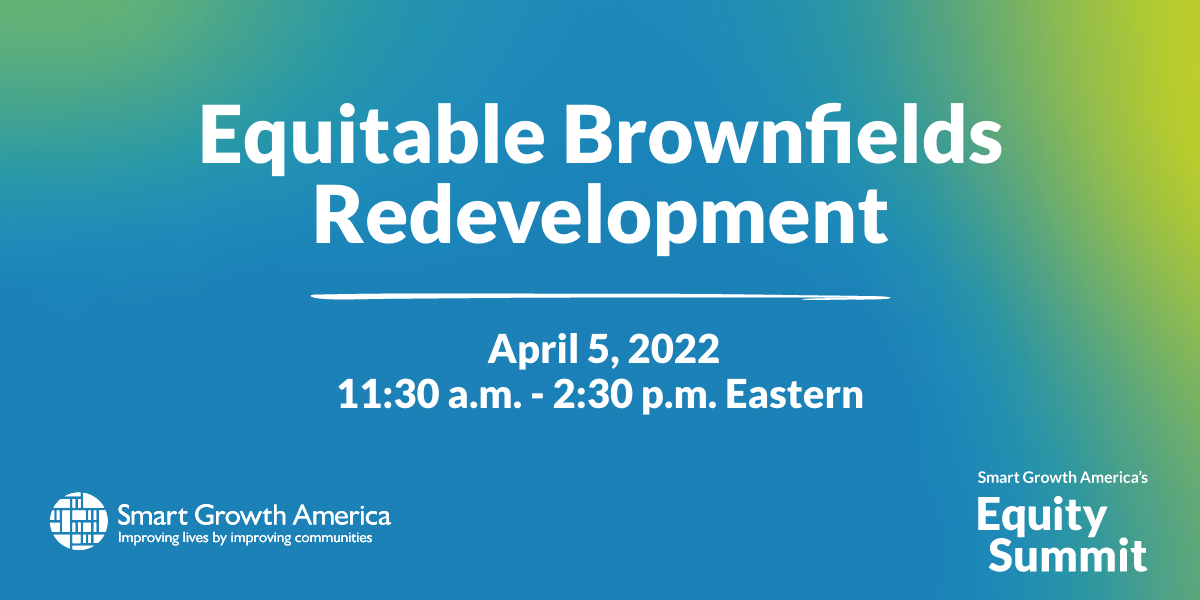 Tools and strategies for community wealth-building and preventing displacement

What’s in the Infrastructure Bill for Brownfields?

The new Infrastructure Bill invests more than $1.5 billion in EPA's Brownfields Program, helping to restore the economic vitality of communities across the country.

On July 13th, 2021, Representatives Turner (OH-10) and Sherrill (NJ-11) introduced the Brownfields Redevelopment Tax Incentive Reauthorization Act of 2021 in Congress to allow developers to deduct the cleanup costs of all contaminated property in the year the costs were incurred. Restoring this vital tax credit to revitalize our communities is long overdue. We encourage you to reach out to your Representatives today and urge them to support the bipartisan bill H.R. 4427.

The National Brownfields Coalition works to ensure the responsible cleanup and reuse of underutilized, blighted, or environmentally impacted land. A program of Smart Growth America and the Center for Creative Land Recycling.