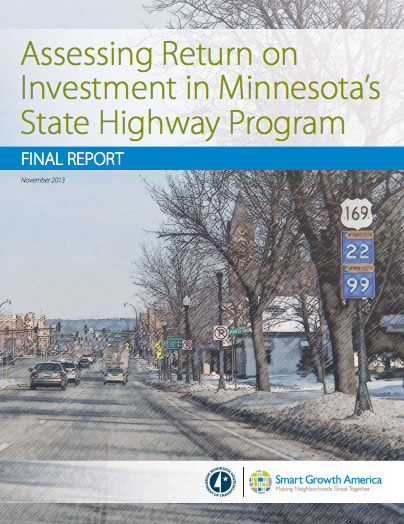 This report was created as part of our DOT Innovation work in the state of Minnesota. Read more about the project ››

The state highway system in Minnesota operates today at a high level, meeting many of the performance goals established for the system. Over the next 20 years, however, the highway system is expected to experience a steady decline in performance, as projected state transportation revenues of $18 billion are unable to keep pace with the needs created by Minnesota’s growing population and aging infrastructure. Confronted with the combined pressures of limited revenue, increasing costs, and declining performance, Minnesota’s Transportation Finance Advisory Committee (TFAC) concluded in 2012 that, “the consequences of underinvesting in the state’s transportation system will include deterioration in service, increasing congestion and delays, failing infrastructure, and a diminished ability to remain economically competitive in the global economy.”

This study, undertaken with a Project Stakeholder Group consisting of a broad spectrum of representatives from the public and private sectors, evaluates the return on investment (ROI) or business case for the additional transportation funding recommended by TFAC.