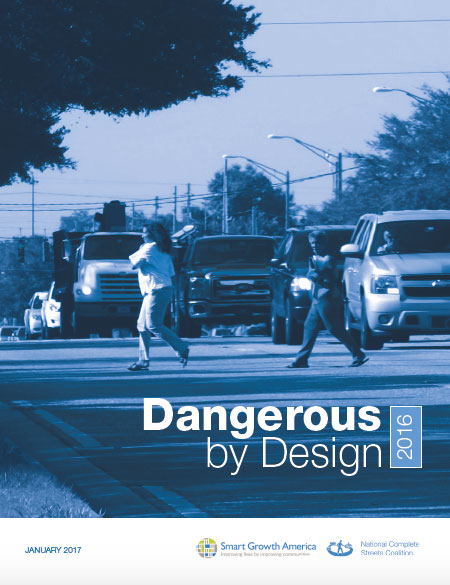 Dangerous by Design 2016 takes a closer look at this alarming epidemic, and once again ranks the 104 largest metro areas in the country, as well as every state, by the Pedestrian Danger Index (PDI) — a calculation of the share of local commuters who walk to work and the most recent data on pedestrian deaths.

The fourth edition of this report also includes a significant racial and income-based examination of the people who are most at risk, showing that people of color and older adults are overrepresented among pedestrian deaths, and that PDI is correlated with median household income and rates of uninsured individuals. Download the report to read the full findings.

This report is accompanied by two interactive maps of pedestrian fatalities as well as sortable tables of all state- and metro-level data. View the additional resources: