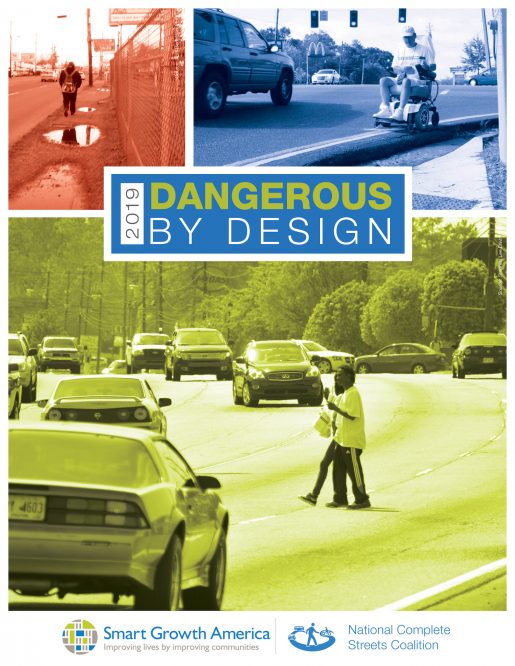 Between 2008 and 2017, drivers struck and killed 49,340 people who were walking on streets all across the United States. That’s more than 13 people per day, or one person every hour and 46 minutes. It’s the equivalent of a jumbo jet full of people crashing—with no survivors—every single month.

This report ranks states and metropolitan areas around the country using our “Pedestrian Danger Index”, or PDI. This index measures how deadly it is for people to walk based on the number of people struck and killed by drivers while walking, controlling for the number of people that live in that state or metro area and the share of people who walk to work. The 2019 edition of Dangerous by Design includes traffic deaths that occurred between 2008 and 2017 from the Fatality Analysis Reporting System (FARS), a national database of all fatal traffic crashes.

This report is accompanied by an interactive maps of pedestrian fatalities from the period in the report as well as sortable tables of all state- and metro-level data. View the additional resources: