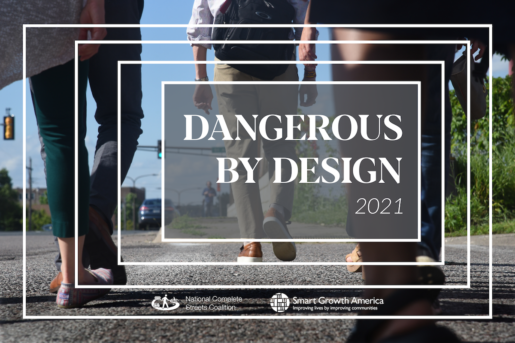 The number of people struck and killed by drivers nationwide while walking increased by an astonishing 45 percent over the last decade (2010-2019).

The four most recent years on record (2016-2019) are the most deadly years for pedestrian deaths since 1990. During this ten-year period, 53,435 people were hit and killed by drivers.

If these statements feel familiar, it’s because they are, painfully so. It has been more than a decade since the first edition of Dangerous by Design, and this problem has only gotten worse. Dangerous by Design 2021 takes a closer look at this alarming epidemic.

This report is accompanied by an interactive maps of pedestrian fatalities from the period in the report as well as sortable tables of all state- and metro-level data.