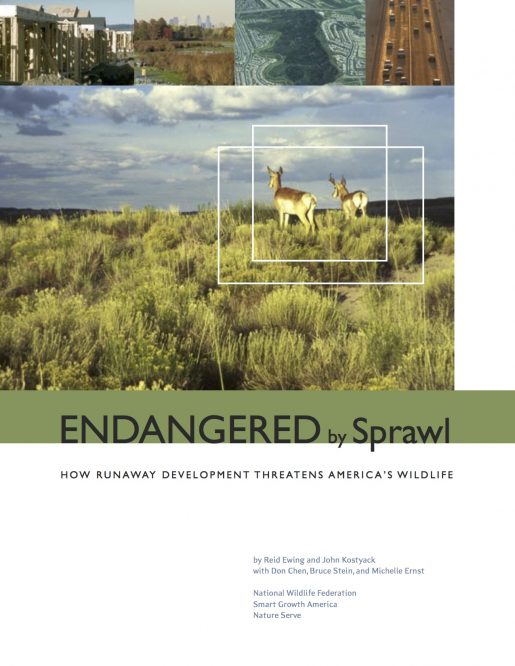 The rapid consumption of land in the nation’s fastest-growing large metropolitan areas could threaten the survival of nearly one out of every three imperiled species, according to the first study ever to quantify the impact of sprawling development on wildlife nationally. In at least three dozen rapidly-growing counties found mostly in the South and West, open space on non-federal lands is being lost so quickly that essential wildlife habitat will be mostly gone within the next two decades, unless development patterns are altered.

According to the report Endangered By Sprawl: How Runaway Development Threatens America’s Wildlife, produced by the National Wildlife Federation, Smart Growth America, and NatureServe, the rapid conversion of once-natural areas and farmland into subdivisions, shopping centers, roads and parking lots has become a leading threat to America’s native plants and animals.