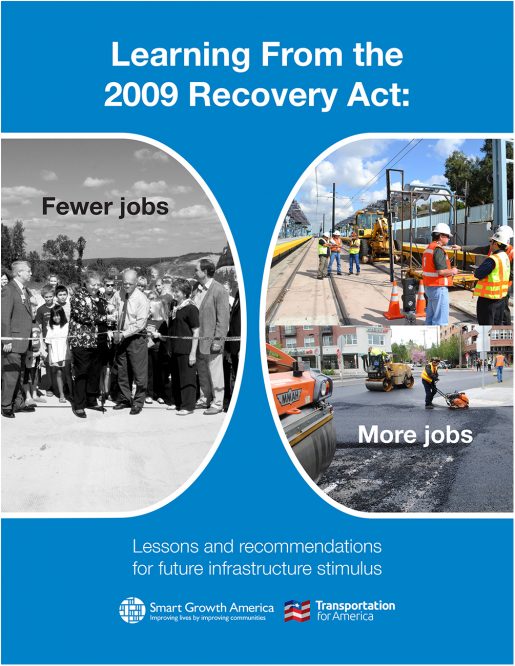 Learning from the 2009 Recovery Act

Between 2009 and 2010, the American Reinvestment and Recovery Act (ARRA, commonly known as “the stimulus”) gave states $26 billion in flexible dollars to spend on virtually any surface transportation capital projects and $8.4 billion in funding for public transportation capital projects. With A COVID-19 recession all but certain, the president and many congressional leaders have indicated that they want infrastructure to be a major part of a future stimulus bill. If Congress does want to use infrastructure spending to create jobs and support recovery, there are important lessons to be learned from the previous stimulus.

This report summarizes lessons from transportation spending in the last stimulus; especially how that spending was used to varying degrees of success to create jobs and support short- and long-term recovery. The two biggest lessons gleaned from this review are:

Because lessons do little good if we don’t learn from them, this report consists of both lessons learned plus clear recommendations for using any future infrastructure stimulus to produce the desired results.

This report builds upon work that Smart Growth America did on ARRA from 2008-2011. Click on “stimulus” or other tags at left to see those resources.