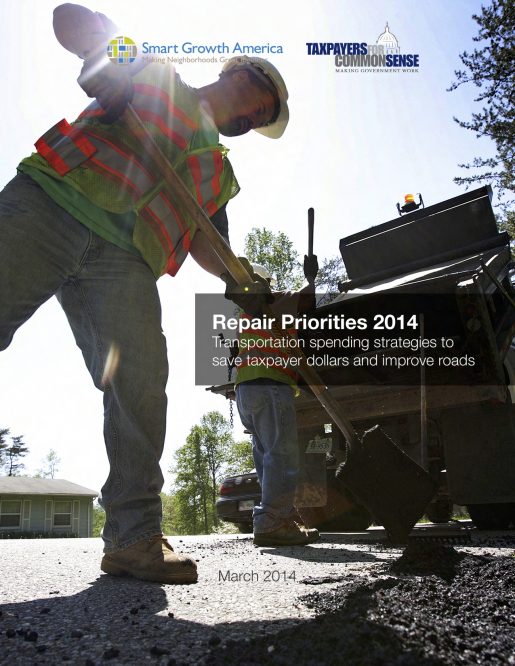 State departments of transportation (DOTs) are spending more money building new roads than maintaining the ones they have—despite the fact that roads are crumbling, financial liabilities are mounting and conditions are not improving for America’s drivers.

Between 2009 and 2011, the latest year with available data, states collectively spent $20.4 billion annually to build new roadways and add lanes to existing roads. America’s state-owned road network grew by 8,822 lane-miles of road during that time, accounting for less than 1 percent of the total in 2011.

During that same time, states spent just $16.5 billion annually repairing and preserving the other 99 percent of the system, even while roads across the country were deteriorating. On a scale of good, fair or poor, 21 percent of America’s roads were in poor condition in 2011. Just 37 percent of roads were in good condition that year—down from 41 percent in 2008.

These spending decisions come with serious implications for DOT finances and taxpayers. In 2008, states would have needed to spend more than $43 billion every year for 20 years to bring roads in poor condition into a state of good repair while also maintaining their existing systems. By 2011, that figure increased to $45.2 billion per year—nearly three times the amount states currently spend on repair.

Repair Priorities 2014: Transportation spending strategies to save taxpayer dollars and improve roads is the latest report by Smart Growth America and Taxpayers for Common Sense analyzing road conditions and spending priorities in all 50 states as well as the District of Columbia. The update also assesses how these priorities have changed since the release of the first edition in 2011.

State leaders—including governors, legislators and DOT officials—have the ability to change these priorities for the better. This report recommends actions that state officials can take to increase the portion of funds going to repair, such as

raising the public profile of repair projects;
using asset management practices;
focusing repair investments on the most heavily used roads;
setting aggressive targets for pavement conditions; and
using cost-benefit analysis to prioritize road investments.
These strategies can improve road conditions for drivers and the financial outlook of America’s DOTs at the same time.

Federal taxpayers also have a significant interest in making sure the nation’s roads are in a state of good repair, as billions of federal dollars are invested each year on the nation’s highway system. This report recommends ways federal agencies can encourage state investments in repair by tying available federal funding to the condition of state highways and modifying current approaches for reporting state road conditions.