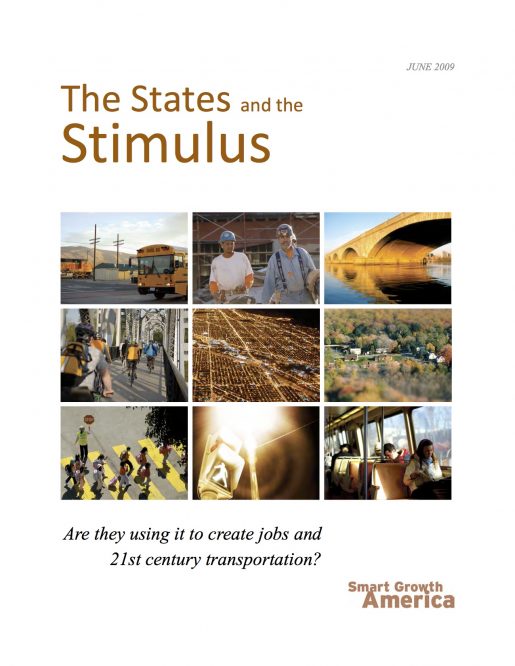 States and the Stimulus: 120 day report

In February 2009’s $787 billion stimulus bill, Congress provided states with $26.6 billion in flexible funds for transportation projects. The stimulus funding arrived at a time of embarrassingly large backlogs of road and bridge repairs, inadequate and underfunded public transportation systems, and too-few convenient, affordable transportation options. 120 days into the stimulus, the point by which states and territories were required to have obligated 50 percent of the flexible money granted them for transportation projects by the federal government, we took this hard look at where the money was spent, asking the question: Did states use their flexible money to make progress on these pressing needs?

Smart Growth America found some forward looking states and communities that used the stimulus money as flexibly as possible, repairing roads and bridges and making the kinds of smart, 21st century transportation investments that their communities need to support strong economic growth. Other states and communities missed a golden opportunity to create jobs while making progress on their most pressing transportation needs. These states spent their precious funds on building new roads rather than repairing existing roads, and ignored the chance to spend the money flexibly on the kinds of options that their residents really want — like public transportation or streets safe for walking and biking — leaving their communities stuck in traffic and stuck in the past.