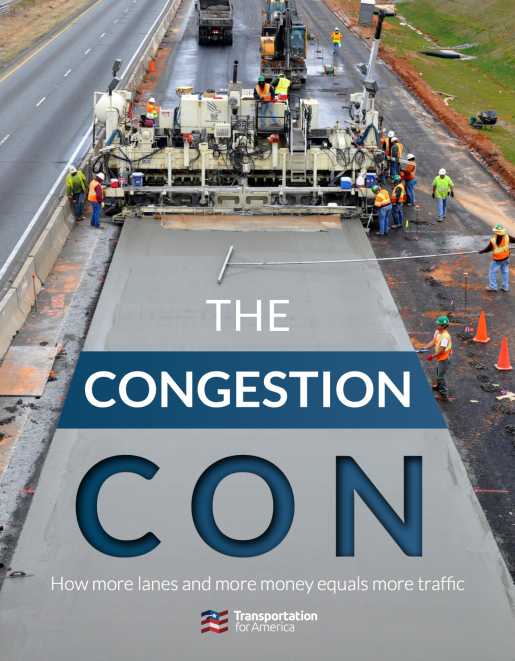 In an expensive effort to curb congestion in urban regions, the United States has overwhelmingly prioritized one strategy: widening and building new highways. We added 30,511 new freeway lane-miles of road in the largest 100 urbanized areas between 1993 and 2017, an increase of 42 percent. That rate of freeway expansion significantly outstripped the 32 percent growth in population in those regions over the same time period. Yet this strategy has utterly failed to “solve” the problem at hand—delay is up in those urbanized areas by a staggering 144 percent.

Those new lane-miles haven’t come cheap and we are spending billions to widen roads and seeing unimpressive, unpredictable results in return. Further, the urbanized areas expanding their freeways more rapidly aren’t necessarily having more success curbing congestion—in fact, in many cases the opposite is true.

This report examines why our strategies to reduce congestion are failing, why eliminating congestion might actually be the wrong goal, and how spending billions to expand highways can actually make congestion worse by encouraging people to drive more than they otherwise would, a counterintuitive but well-documented phenomenon known as induced demand. The report also has five simple policy recommendations to make better use of taxpayer dollars without wasting it on “congestion mitigation.”