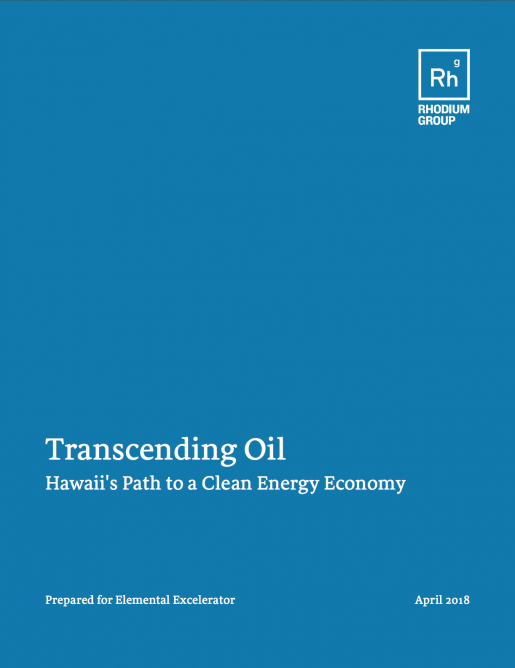 An ocean apart from the US mainland’s electric supply, Hawaii has embarked on an ambitious effort to wean itself off imported fossil fuels. Dependence on oil has been a defining feature of Hawaii’s energy system since before its 1959 statehood. As a result, Hawaii’s electricity prices have been among the highest and most volatile in the nation. Over the past 15 years, the people of Hawaii have paid 260 percent more for electricity than the US average, while gasoline prices consistently hover close to $1-per-gallon higher.

Hawaii has already begun to usher in a new era of energy independence. It is the only state in the nation with a mandate to reach 100 percent renewable electricity in place, with a deadline of 2045. The last ten years have seen steady progress toward that goal. In 2008, the Hawaii Clean Energy Initiative, a partnership between the State of Hawaii and the US Department of Energy (DOE), launched with the goal of transforming Hawaii’s energy ecosystem. Innovators in Hawaii, seeking to mitigate climate change and make the state more resilient, have created opportunities for new clean energy technologies and novel business models to thrive in the state.

Elemental Excelerator commissioned Rhodium Group, in partnership with Smart Growth America, to conduct an independent analysis of Hawaii’s clean energy transition. To do this, we leveraged state-of-the-art energy system and economic modeling tools, state and federal datasets, existing literature and nearly 200 hours of interviews and meetings with Hawaii stakeholders and experts. This is not a plan; rather, this report presents a quantitative assessment of accomplishments to date and describes the future potential of clean energy deployment in Hawaii’s electric power sector and on-road transportation.