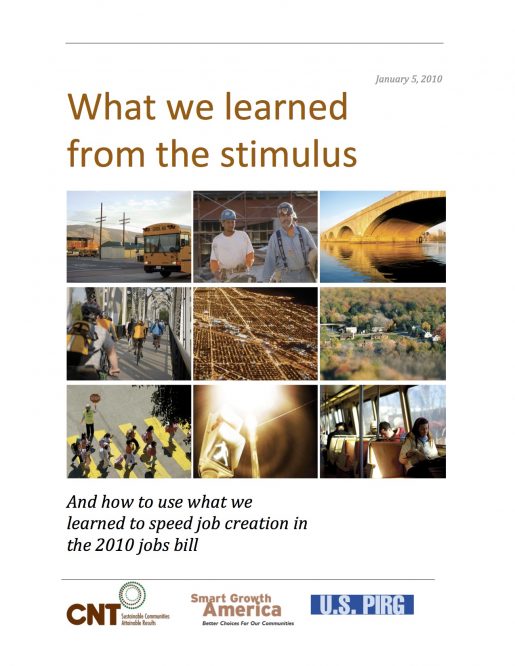 What We Learned from the Stimulus

As Congress and the Administration discuss a possible jobs bill, the implication is clear: shifting available funds toward public transportation will increase the resulting employment.