Since the workshop: Chattanooga focuses on infill growth and affordable housing

A workshop and analysis of future development from Smart Growth America helped Chattanooga, TN see how it can best direct its resources to have the greatest benefits for the city and its residents.

Like many cities across the country, Chattanooga, TN is contending with a growing housing affordability crisis and increasing demand for more walkable, bikeable places. To help elected officials and city staff better understand these trends and effectively guide their development priorities, Chattanooga applied for a technical assistance workshop from Smart Growth America. Smart Growth America also offered the city a fiscal impact analysis that looked at the potential development patterns Chattanooga could pursue to accommodate its expected population increase of about 29,000 residents over the next 20 years, and how those development would impact city budgets.

Both the workshop and analysis were made possible by an EPA Office of Community Revitalization Building Blocks grant. 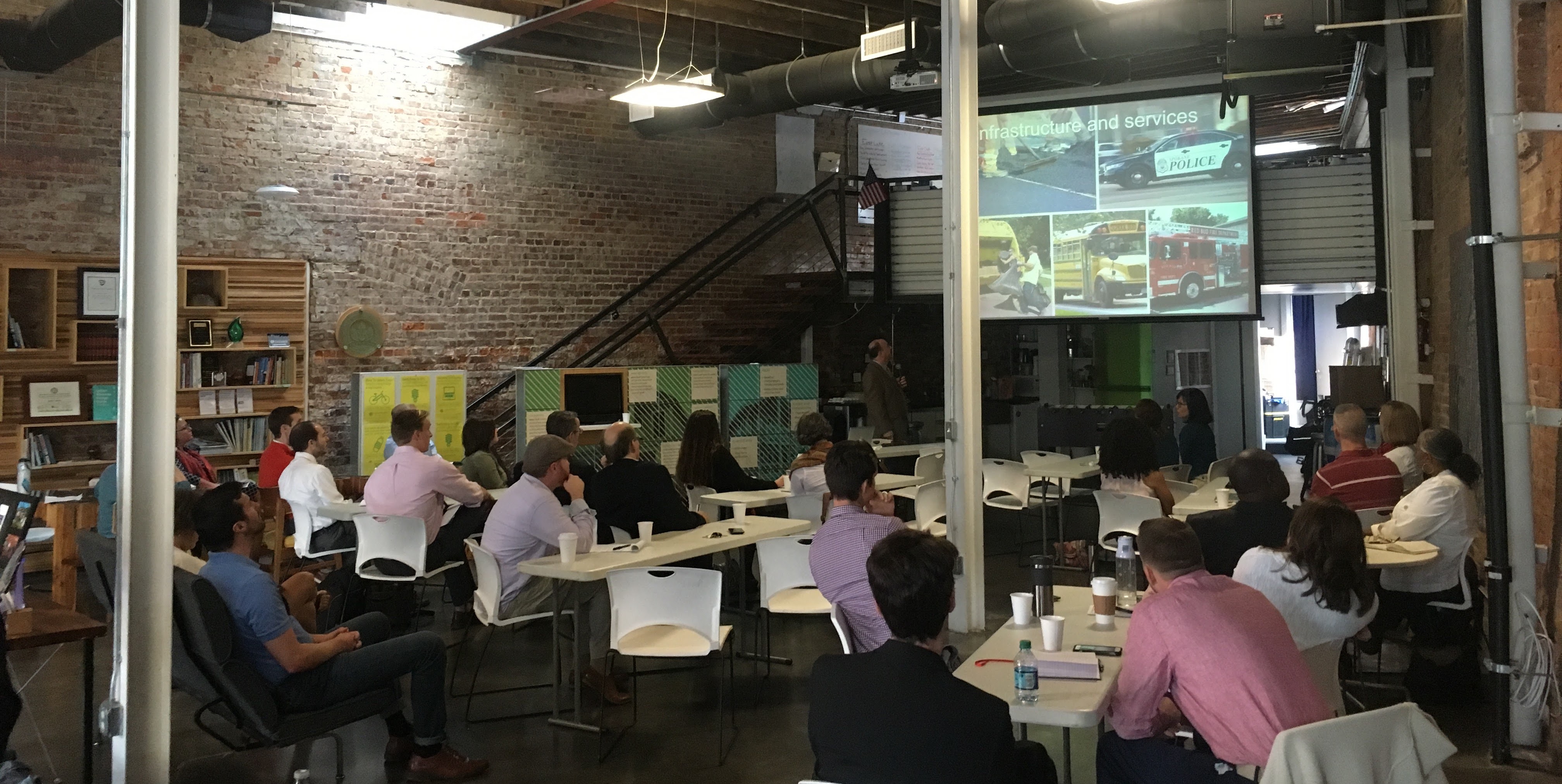 The SGA team presents during the workshop

Through the workshop, Smart Growth America identified a number of obstacles and opportunities for many of the city’s urban neighborhoods, including East Chattanooga, Highland Park, and South Broad Street. Recommendations included 1) prioritizing infill development to more sustainably handle the city’s expected population growth, and 2) creating/expanding programs that support affordable housing.

Smart Growth America’s fiscal impact analysis put numbers behind these recommendations by looking at how different types of development will impact city budgets. The type of development that Chattanooga pursues will have a big impact on the infrastructure costs to the city—and its residents through taxes—for roads, sidewalks, and utilities.

The results? Chattanooga would save more than $1 billion over twenty years by pursuing either alternative with more density compared to the status quo. However, the second alternative with infill development is the only scenario that would actually make the city money; the cost of new infrastructure (including maintenance) is less than the projected tax revenue from residents.

Since the workshop, Chattanooga has focused on the lessons it learned through the workshop and analysis. For example, a key success is the walkable ‘Innovation District’ in the heart of downtown which provides opportunities for both high-density infill and adaptive reuse of large existing buildings. And other neighborhoods, smaller lot sizes provide opportunities for light density.

Chattanooga is also working towards other programs to increase affordable housing—including the recent hiring of a new staff person focused on affordability. The city is also working to establish and capitalize an affordable housing trust fund. It is also anticipating funding the purchase and rehabilitation of two existing apartment buildings (a total of 440 units) into affordable housing through a program called PILOT, which funds projects designed for low income tenants. And the Mai Bell is a 50-unit apartment complex in the Highland Park neighborhood that used both local money and federal HOME funds to allow 20 percent of the units to be income-restricted.

Finally, Chattanooga is working with neighborhoods to further develop their sense of place and cohesiveness through the local Block & Roll program. This program provides funding for neighborhoods to temporarily close streets to cars, reclaiming the space for people.

For more information, see the resources below, including the next steps memo produced after the technical assistance workshop and the entire fiscal impact analysis.