Success stories from three of our Champions Institute alumni 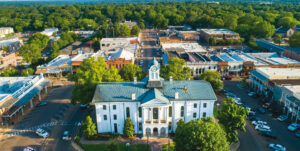 The Active People, Healthy Nation Champions Institute—launched in 2020—is an initiative of Smart Growth America (SGA) and the Center for Disease Control’s Division of Nutrition, Physical Activity, and Obesity (DNPAO). Each year, SGA selects a distinguished cohort of mayors, city council members, and other elected representatives from around the country who are committed to becoming effective advocates for safer and more complete streets. Selected champions participate in a series of workshops and then plan and begin to implement their own initiatives to address specific local needs.

The partnerships forged during the first Champions Institute in 2020 continue to yield exciting projects in support of safer streets, more vibrant downtowns, and healthier communities of all sizes—from major metropolitan regions to small towns of less than 6,000 people. Here is some of the amazing work that our 2020 champions have accomplished.

Houston, TX is well known for its large population and sprawling car-scale development. While the city has made significant improvements to its transit system, poor walking infrastructure in many places continues to make it difficult to get around the region without a car. Coupled with high rates of traffic crashes, this has prompted Houstonians to react and vocalize their support for expanded and improved pedestrian infrastructure.

In 2021, Councilmember Sallie Alcorn rallied Houston’s city council, community stakeholders, and local residents for a virtual Houston Sidewalk Summit in partnership with SGA. The summit brought these stakeholders together to not only advocate for better sidewalks and  walking infrastructure—the unsung mode of transportation for many Houston residents—but unpack and address many of the barriers to better sidewalk infrastructure embedded in city policies and identify what role the City’s partners and residents can and should play. 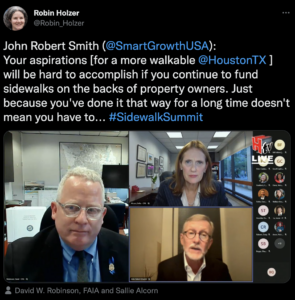 Houstonians got an inside look at the city’s existing sidewalk rules, policies, and investment, but Councilmember Alcorn and her colleagues worked to ensure the event would produce more than a better-informed group of residents. They led a social media campaign leading up to and following the event to get members of the community to walk around their neighborhood and provide feedback about their experience. City leaders ended the summit itself with calls to action and the announcement of a forthcoming sidewalk advocacy guide that will empower residents to be partners with the City in pushing for better walking infrastructure in their communities. These strategies will help maintain momentum for change.

Oxford, MS is a college town with about 27,000 residents. The town center revolves around the RSVP plaza and East Jackson Avenue, between Courthouse Square and North 9th Street. Mayor Robyn Tannehill and her government identified this area as a potential site for creating a public space that could serve as the city’s “front porch,” a place where residents and visitors alike could gather.

During the earlier days of the COVID-19 pandemic, the city of Oxford established temporary measures to allow restaurants around Courthouse Square and East Jackson Avenue to utilize on-street parking spaces for distanced outdoor dining. Noticing that this outdoor dining drew people to the area and enlivened the space, Mayor Tannehill and other city leaders realized this “trial run” could pave the way for permanent street, public space, and sidewalk improvements on East Jackson Avenue.

Oxford developed a streetscaping and traffic calming plan for East Jackson Ave and created new “shared space permit and design guidelines” to enable and encourage more permanent outdoor dining in public space along the corridor. Mayor Tannehill and the city government then collaborated with Smart Growth America on a series of working sessions along with key community stakeholders representing local businesses, educational organizations, and local government. The sessions focused on exploring the potential economic benefits street improvements on East Jackson Ave could bring to downtown Oxford and envisioning the RSVP plaza as an active public space using arts and creative placemaking as tools for community engagement. Oxford will continue its efforts to enliven the downtown through programming and events in the space, improved walking infrastructure in the core downtown, and creative engagement with diverse stakeholders.

These changes were driven by the vision and leadership of Mayor Tannehill and her colleagues, but we were glad to be able to provide support along the way. As Mayor Tannehill noted,

“SGA has made us better at every turn; through technical assistance sessions that help us improve the design and function of our community projects and through identifying funding opportunities that may be available to implement these projects. They are not a one-time asset but have come alongside us as a partner in Oxford and are invested in our future with us.”

In Alma, Arkansas, a town of about 5,800 inhabitants, Mayor Jerry Martin and his team articulated a strong vision of a revitalized downtown. This vision embraces the anticipated population boom in the Arkansas river valley as a result of a planned nearby port that will include marine, rail, and trucking commerce. To prevent Alma from becoming solely a commuter-town, the mayor and his office resolved to build a strong, community-supported downtown revitalization plan that can meet the changing needs of Alma and long-term growth simultaneously. 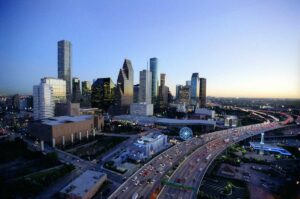 Mayor Martin used the connections made through the Champions Institute to work with Smart Growth America and the Form-Based Code Institute  in building a plan of action. SGA, Mayor Martin, and regional partners convened key stakeholders and community members for a strategic assessment and two-day workshop to identify key priorities for the revitalization of downtown Alma. By way of the strategy sessions, Mayor Martin and the team were able to survey progress that had already been made in Alma such as the 2018 Kick Start Alma Action Plan and the 2019 Bicycle and Pedestrian Plan.

Several short, medium, and long term goals were identified by Alma as necessary to move forward with the successful revitalization of downtown. The city of Alma resolved to use the following strategies: leverage the public works department for creative placemaking in the downtown, explore the funding options afforded to planning and transportation projects in the state of Arkansas, move forward with a downtown zoning overlay and to strengthen enforcement of Alma building codes among other strategies.

Graduates from both classes of the Champions Institute continue to work for complete streets and activity friendly  communities all across the country. These examples are just the start. Partnerships between SGA and champions are still generating new and innovative approaches to community engagement, creative placemaking, and activity-friendly routes.