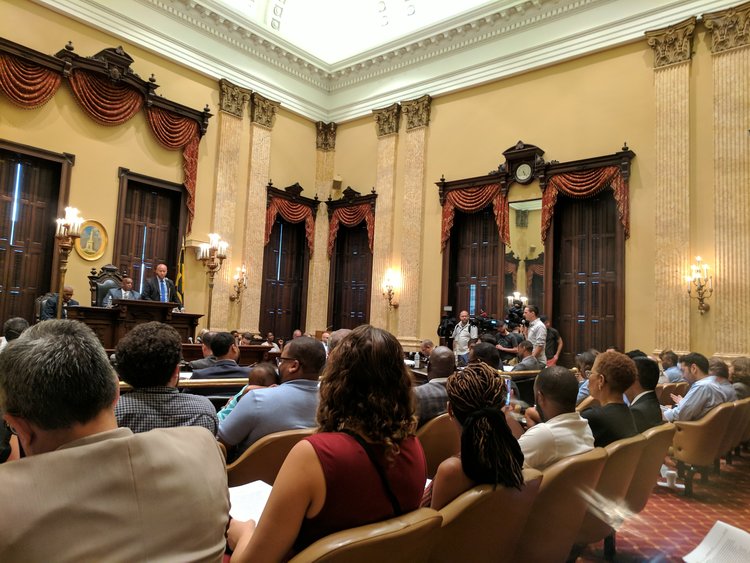 Councilman Ryan Dorsey, in collaboration with the advocacy organization Bikemore, drafted a groundbreaking Complete Streets ordinance for the City of Baltimore. The Complete Streets ordinance, if adopted, will introduce stringent, binding requirements to proactively reduce disparities in community engagement, project delivery, and performance measurements. The proposed ordinance is the result of a yearlong stakeholder engagement process that has built a broad coalition of supporters to oversee the adoption and implementation of this ambitious ordinance.

The annual New Partners for Smart Growth conference brings together public officials, development professionals, advocates, and civic organizations to connect with experts from across the country and catch up on the evolving best practices in smart growth. Hundreds of speakers cross disciplines to share insights, tools and strategies for making smart growth a success in communities across the country.

This year’s conference will take place January 29-31, 2015 in Baltimore, MD, and Smart Growth America is excited to be one of the many organizations participating. If you plan to attend the conference, be sure to catch the following sessions featuring Smart Growth America’s members and staff.

West Baltimore could see a lot of changes with the proposed Red Line stations. Harlem Park station model via baltimoreredline.com

A new transit line is slated to be built in West Baltimore, MD, and on March 15, 2014 Smart Growth America met with West Baltimore leaders to discuss how the community can make the most of this new neighborhood asset.

The March 15 workshop was designed to help West Baltimore plan for better development around several proposed Red Line stations. At the meeting public officials presented on programs targeted to address the existing challenges residents see in the neighborhood. Much of the discussion centered on how to attract development to the corridor in conjunction with the planned Red Line stations, as well as how to ensure that development is equitable, and serves the neighborhood’s current residents as well as the community’s broader needs. 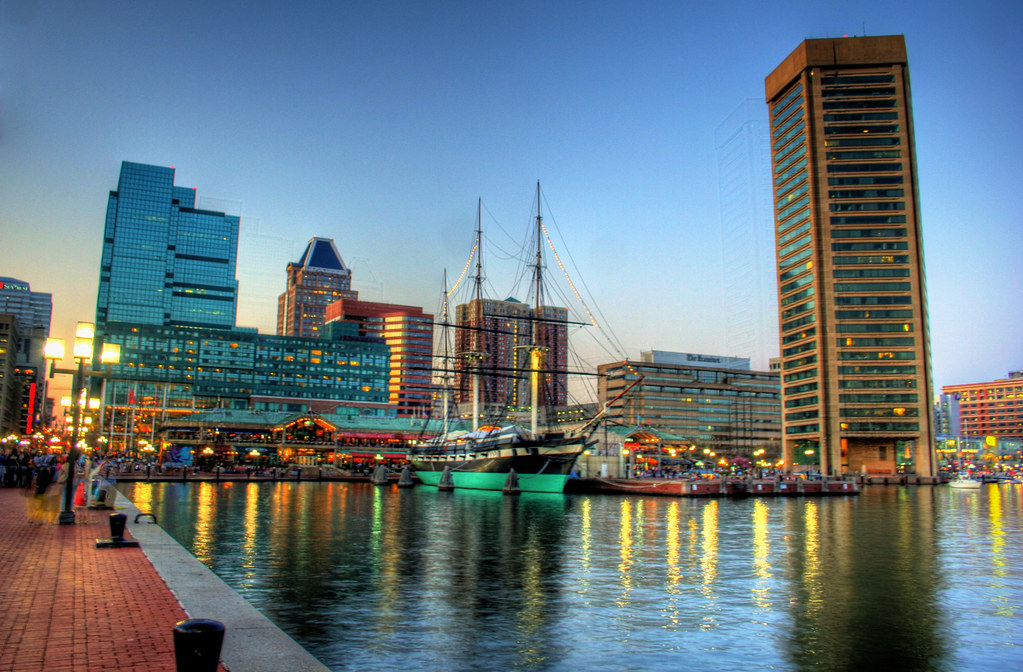 The Baltimore metropolitan area is planning for the region’s future development thanks to a Regional Planning Grant from the Department of Housing and Urban Development (HUD), part of the Partnership for Sustainable Communities.

The New SimCity Will Turn You Into An Urban Planning Nut
Co.Exist – October 3, 2012
The newest version of the classic city building game is introducing complex models about things like energy, health care, and transportation. But you can also still destroy your city with an asteroid.

After a year of running its carsharing service in Baltimore, MD, Zipcar released a survey yesterday of its members in the city and the findings are exciting for anyone who supports easy parking, reduced traffic congestion and transportation choices.

According to the survey, people who use Zipcar’s carsharing service reported driving less overall, reduced vehicle ownership and increasing use of other modes of transportation. 18% of respondents have sold their vehicles since joining Zipcar, 46% stated that they have avoided buying a car, and 72% said being a Zipcar member made it less likely they would buy or lease a car in the future. In addition, a full 88% of respondents say they take less than five car trips each month.

All of this means that there are fewer cars on Baltimore roads, and that has great implications for the city.

After 55 Years, Where Are We on Highways?
National Journal, June 27, 2011
How far have we come since this first highway bill? Is the highway system now true to Eisenhower’s vision of a workable, free, transcontinental roadway? Are there new technological or demographic changes since 1955 that should be incorporated into the surface-transportation goals? If Eisenhower was alive now, what would you tell him about his proudest domestic accomplishment?

If baby boomers stay in suburbia, analysts predict cultural shift
Washington Post, June 28, 2011
The nation’s suburbs are home to a rapidly growing number of older people who are changing the image and priorities of a suburbia formed around the needs of young families with children, an analysis of census data shows. Although the entire United States is graying, the 2010 Census showed how much faster the suburbs are growing older when compared with the cities. Thanks largely to the baby-boom generation, four in 10 suburban residents are 45 or older, up from 34 percent just a decade ago. Thirty-five percent of city residents are in that age group, an increase from 31 percent in the last census.

Green Transportation Research Bill Introduced in the House
AltTransport, June 28, 2011
While a lot of attention is being paid to new surface transportation authorizations from the House and Senate, Representative David Wu (D-Oregon) introduced another transportation-related bill Monday that aims to fund research on alternative transportation.

California: Mission Bay Prepares for Makeover
The Wall Street Journal, June 23, 2011
San Francisco’s effort to transform an abandoned rail yard on its eastern shore in Mission Bay into an urban center is poised for a serious boost from plans by Salesforce.com Inc. to build a sprawling corporate campus in the area. Urban-planning experts say the arrival of Salesforce will provide a vital stimulus for a once-neglected part of the city. But the bold design for the campus is just beginning a monthslong approval process, and Chief Executive Marc Benioff is leaving open the possibility that the company could simply pick a different location for its new headquarters.

The Environmental Protection Agency’s 2010 National Awards for Smart Growth Achievement were awarded yesterday to five projects from across the country deemed “exceptional approaches to development that respect the environment, foster economic vitality, and enhance quality of life.” The awards were given in five categories.

The Civic Places award went to San Francisco’s Mint Plaza, which turned a derelict alley into a public plaza that reclaims stormwater and provides a flexible gathering place for neighborhood residents. The Rural Smart Growth Award went to the Gateway 1 Corridor Action Plan in midcoast Maine, a collaboration of 20 townships in the state to preserve the environment and economy along the corridor. The Programs, Policies and Regulations award went to Portland, OR, which has used city ordinances to encourage sustainable land use for future population growth. The Smart Growth and Green Building Award went to Miller’s Place in Baltimore, MD, which rehabilitated an abandoned building on a brownfield site to create housing and office spaces for teachers and non-profits. And the award for Overall Excellence went to New York City’s [email protected] program, a multiagency coordination to bring smart growth ideas to all five boroughs.