Under President Trump, the USDOT has effectively turned the formerly innovative BUILD program—created to advance complex, hard-to-fund, multimodal projects—into little more than a rural roads program, dramatically undercutting both its intent and utility. A new analysis illuminates how the program has changed and what Congress can do about it. 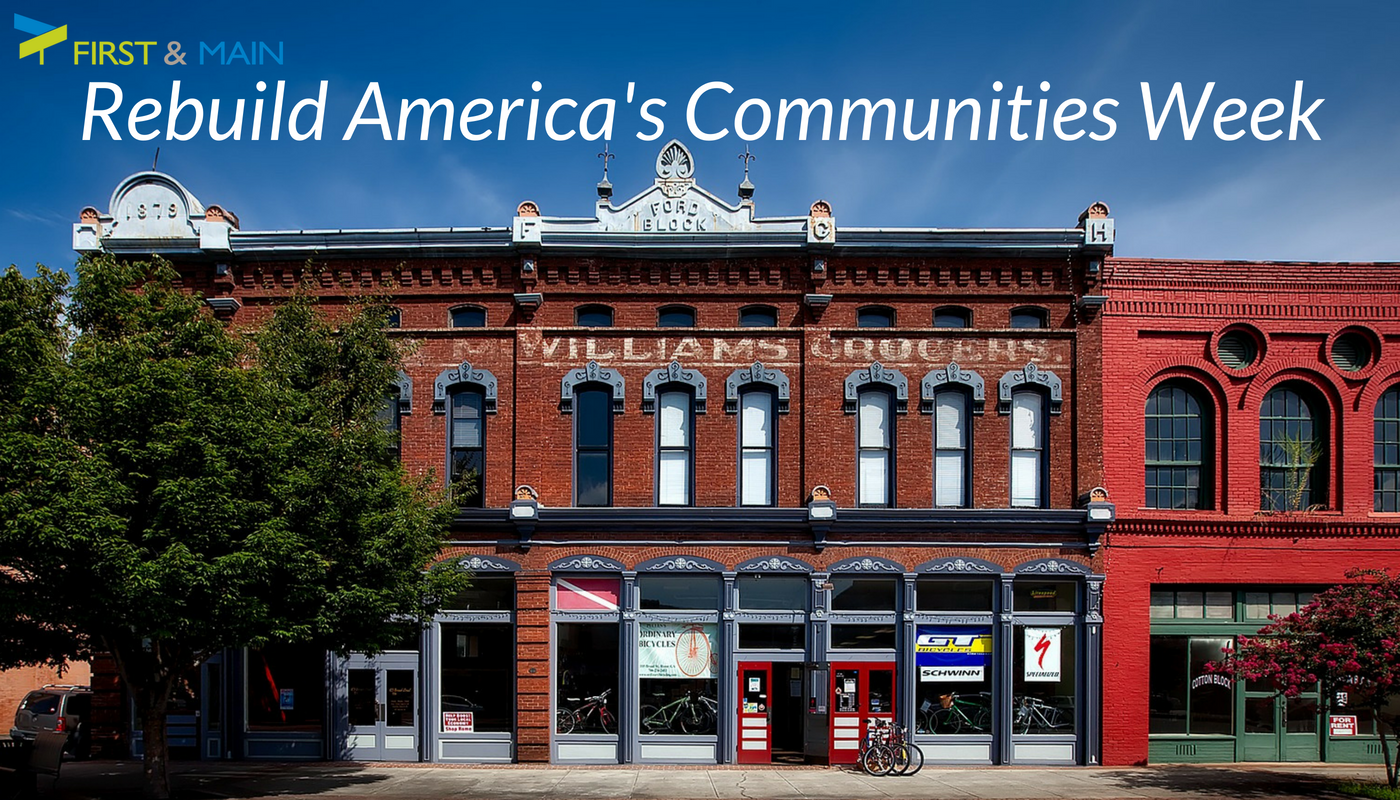 During a special week in September we called Rebuild America’s Communities Week, elected local leaders in the First & Main coalition from small and mid-sized towns and cities across the country carried a clear and unified message to their representatives who were at home for recess: “We need reliable federal partners to support our homegrown efforts to rebuild our downtowns, restore our economies, and improve opportunity for everyone.” Dahlonega, GA will use its TIGER grant to make streets safer and more accessible. Photo via the Dahlonega-Lumpkin County Chamber of Commerce and Visitors Bureau.

Earlier this week the U.S. Department of Transportation announced the winners of the 2014 Transportation Investment Generating Economic Recovery (TIGER) grants.

With an emphasis on getting the highest bang-for-the-buck and solid partnerships, it’s not surprising that many of the winning street projects and plans are those that take a Complete Streets approach. Here are some of our favorites.

Kansas City’s streetcar is one of the 52 projects to receive a 2013 TIGER grant. Image via PlanningKC.

Yesterday, U.S. Department of Transportation (DOT) Secretary Anthony Foxx announced the fifth round of DOT’s Transportation Investments Generating Economic Recovery (TIGER) grants. The 2013 grants award a total of $474 million to 52 projects in 37 states, with 25 projects specifically for rural communities. A total of 568 applications were submitted for the grants, for projects in all 50 states, Washington DC, Puerto Rico, Guam and American Samoa.

The U.S. Department of Housing and Urban Development (HUD) announced today its 2011 Sustainable Communities Grants, which aim to improve the economic competitiveness of communities by linking housing with good jobs, quality schools, and transportation. The grants are part of the Partnership for Sustainable Communities, which helps urban, suburban and rural communities create jobs and improve housing, transportation, and the economy.

Crossposted from our coalition partner Center for Neighborhood Technology.

The U.S. Department of Housing and Urban Development (HUD) just announced that it has awarded a two-year contract to Manhattan Strategies Group (MSG) and subcontractor Center for Neighborhood Technology to create a national housing and transportation affordability index.

“Affordability is much more than just paying the mortgage, it involves other costs like transportation, gas, and utilities,” said HUD Secretary Shaun Donovan in a press release. “The availability of a national affordability index will provide consumers better information about the true costs of a home by accounting for that housing’s proximity to jobs, schools and other services. Our goal with the creation of this housing and transportation index is to provide American families with a tool that can help them save money and have a better understanding of their expenses and household budget.”

As a subcontractor, CNT will use its years of experience in creating the Housing + Transportation (H+T®) Affordability Index (and Abogo®) to assist MSG and HUD in exploring how the agency can incorporate this sort of metric into its work.

Mapping Home-Value Drops by Zip Code
Wall Street Journal Developments blog, June 28, 2011
Zillow’s maps show that poorer center-city neighborhoods and far-flung suburbs tended to fare worse even as trendy urban neighborhoods or established suburbs managed to either weather the storm with limited damage or see losses half that of other zip codes with 50% or 60% declines.

Transportation: Collapse of a Big Tent?
Roll Call, June 16, 2011
They could have battled among themselves for slices of the federal transportation budget. Instead, they have always pressed for a bigger pie — and bigger slices for everyone. The big-tent approach has largely worked. The past three highway bills (1991, 1998 and 2005) were enacted with broad support from all corners of the transportation lobby, with overwhelming bipartisan backing and with more money for everyone.

Residents and officials seek reforms to fund local public transportation
WAMC (N.Y.), June 30, 2011
“These efficiencies will impact existing routes by adjusting their runs to reflect the times of higher utilization by the public. We are looking to minimize impact on individuals by adjusting routes with route deviation where possible. Our goal is to streamline our times or our services, not so much to change service.”