One of over 50 case studies included in the newly updated creative placemaking guide, the Scenic Route. Partnering with the Mariposa Arts Council to form a Creative Placemaking Advisory Council, the Mariposa County Planning Department created an artist-led plan to develop a new multi-use trail that celebrates the community’s cultures and ecology. 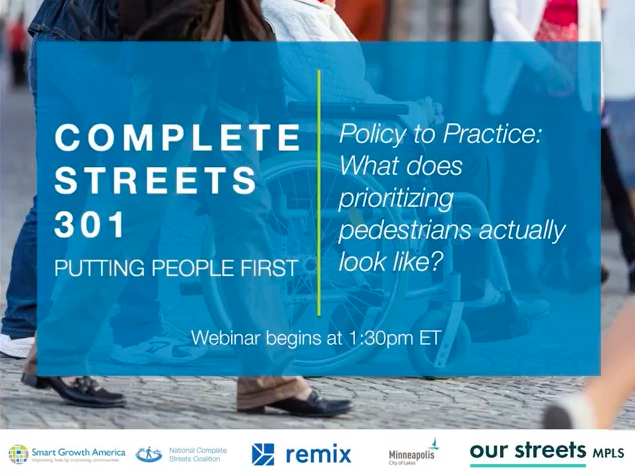 In our latest installment of our monthly webinar series Complete Streets 301: Putting people first, we heard how Minneapolis has worked to prioritize pedestrians and advance multimodal transportation through advocacy, policy, and safer street design. A recording of the webinar is now available. You can also download a PDF of the presentation or read the brief recap below.

Join us for a webinar on March 26 to hear how Minneapolis has worked to prioritize pedestrians and advance multimodal transportation through advocacy, policy, and safer street design. This is the latest installment in our monthly webinar series Complete Streets 301: Putting people first. 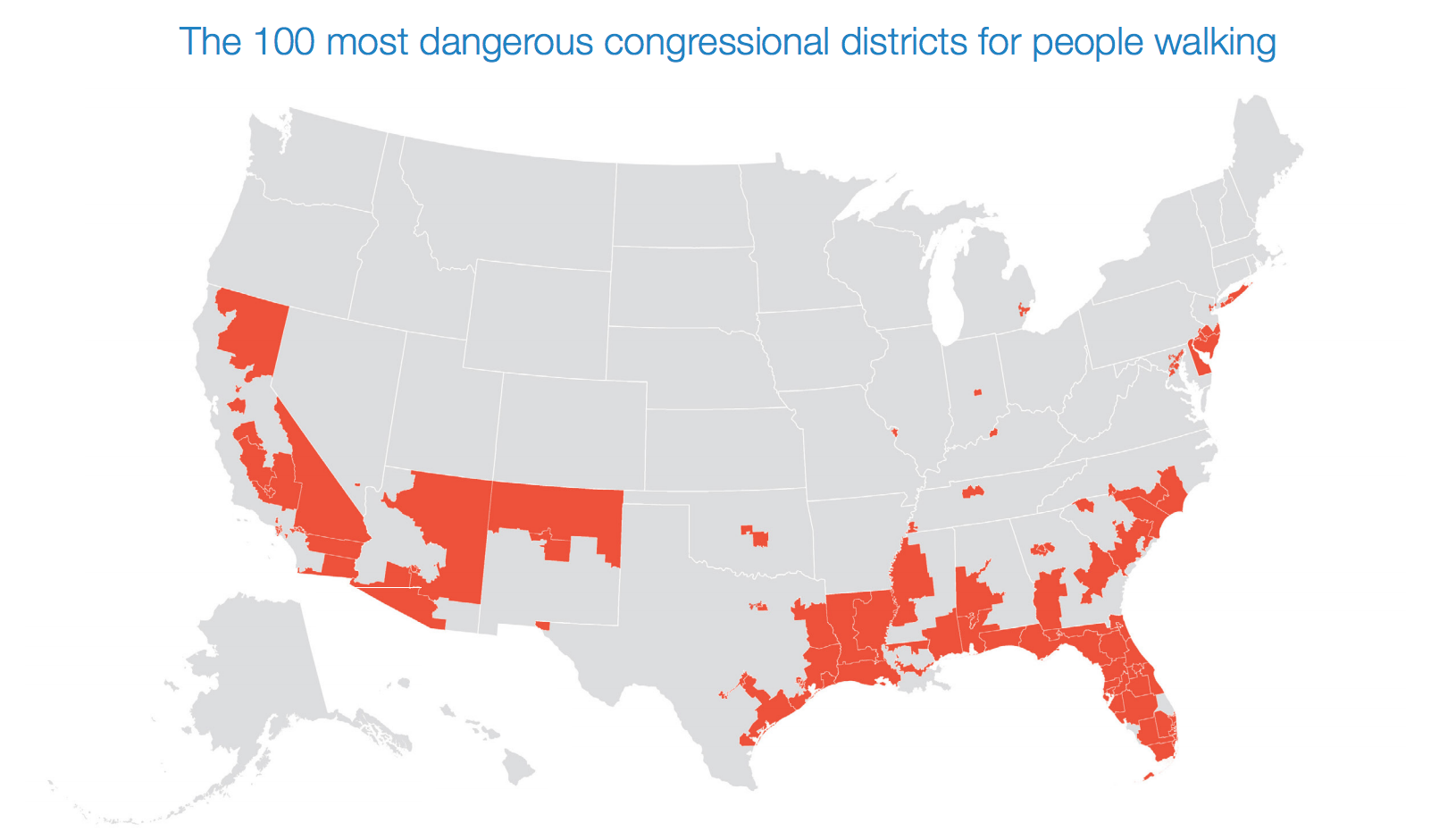 A handful of leaders in the House and Senate just introduced a bill that would finally require states and metro areas to design and build safer streets for everyone. Plus, our new report shows which U.S. House representatives have the highest rate of people struck and killed while walking in their districts.

What hidden potential do roads have to become lively, walkable neighborhoods? One group in Texas is helping reveal what streets in many places could be.

The Better Block Project temporarily transforms underused streets into vibrant neighborhood centers. The project acts as a living charrette so communities can see what “complete streets” look like, as well as the potential for revitalized economic activity in an area. By setting up retail stands, sidewalk cafes, places for children to play and making the area friendlier to pedestrians, the project creates a temporary town square that organizers hope will have a lasting impact.

Bike lanes and sidewalks don’t just make streets safer and more convenient – they’re a good investment of transportation funds, too. A new report from the Policy Economy Research Institute at the University of Massachusetts Amherst found that public investments in pedestrian and bicycling infrastructure – including sidewalks, bike lanes, and trails – create more jobs per dollar spent.

Earlier this week Smart Growth America asked our readers to weigh in on pedestrian unfriendly roads in their neighborhoods, and we’re excited to share the responses. We’ll be asking a new question next week – be sure to follow us on Twitter or become a fan on Facebook to join the discussion!

So: is there a road in your neighborhood that’s pedestrian unfriendly? If so, how would you change it? Here are some responses:

If you’d like to learn more about making roads that work for everyone, visit Smart Growth America’s partner organization Complete Streets to learn more.