LOCUS Massachusetts is looking for a consultant specializing in real estate development and land use. Read the full project description below.

Join LOCUS and LOCUS Massachusetts for a lively Building for Resiliency panel at the 2018 LOCUS New England Leadership Summit, happening October 24, 2018 at the Boston Society of Architects in Boston, Massachusetts.

Join LOCUS and LOCUS Massachusetts for for a lively Policy Discussion panel at the 2018 LOCUS New England Leadership Summit, happening October 24, 2018 at the Boston Society of Architects in Boston, Massachusetts. 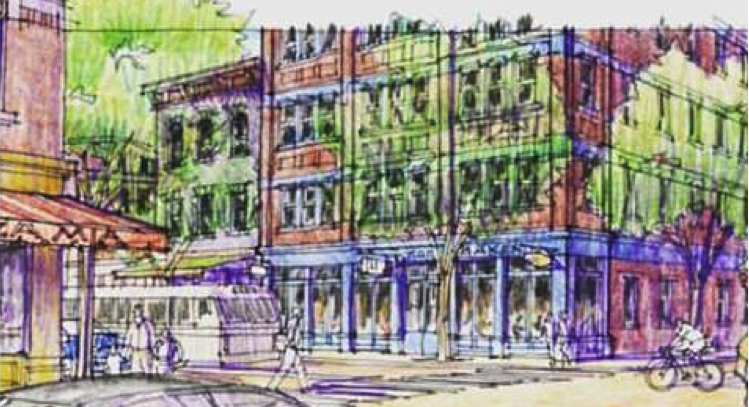 Photo credit: Doug Kerr via Flickr The Hartford Line commuter rail, which is slated to begin service in spring 2018, will bring more frequent and reliable train service to the rest of the northeast and create a wealth of new opportunities for developers and investors to reinvigorate neighboring towns along the new line as walkable, … Continued

This past weekend, Christopher Leinberger wrote a provocative op-ed in the New York Times about why exurban America – which has been hard hit by foreclosures in recent years – won’t rebound, even if the economy does.

Leinberger, who is President of Smart Growth America’s project LOCUS: Responsible Real Estate Developers and Investors, went on to explain why the future is so dim for these places, and what Americans are looking for instead.

High home values and low vacancy rates in the country’s city centers and inner suburbs mean that Americans want to live in mixed-income, pedestrian-friendly areas that “support the knowledge economy, promote environmental sustainability and create jobs.” Outer fringe areas are failing to offer these features – and they will fail in the marketplace as a result.

An article in the Las Vegas Sun this week chronicles the change, explaining that offers for homes in the heart of the city are coming in above asking price, and as new amenities are created in the city developers expect demand to rise even higher.

“That’s what you need for a city to grow is rental housing,” said New York developer Barnet Liberman, as quoted by the Sun. “There shouldn’t be any barrier for lower-income people to be able to grow and prosper. The only question for developers, guys like myself, is they’ve got to know that there’s a real solid, almost certainty that if they do A, B and C, then they get D. When you see that the city is behind you in terms of a common goal, it helps eliminate some of the risk.”