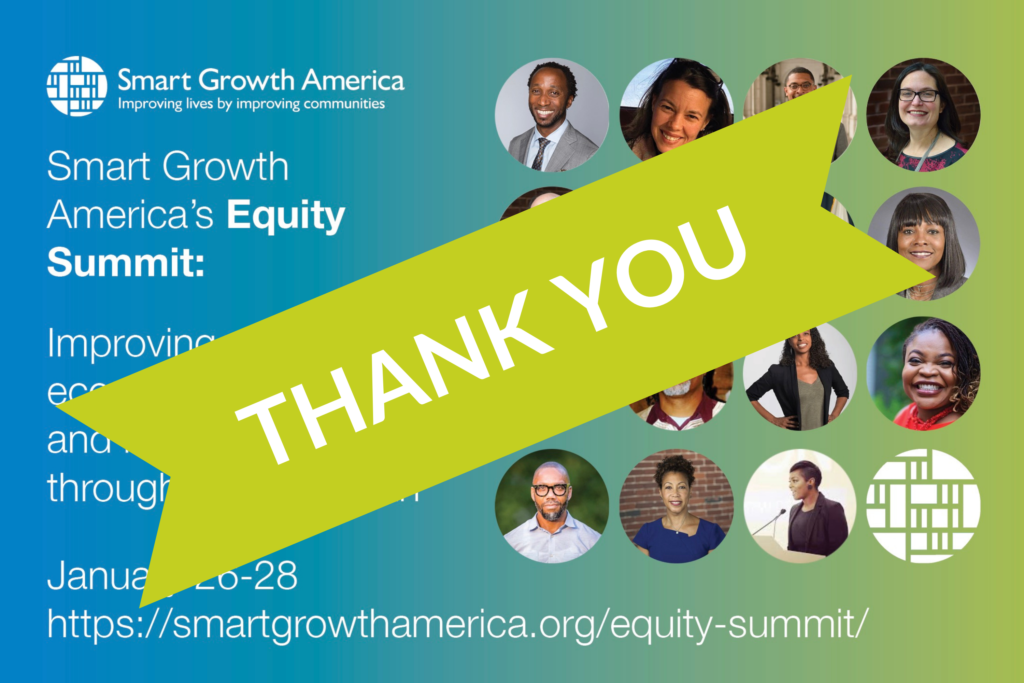 Smart Growth America’s first-ever Equity Summit was filled with an impressive lineup of speakers discussing how to better center improving racial equity in smart growth work. Here are just a few of the highlights.

The North Carolina General Assembly recently passed legislation establishing a Sustainable Communities Task Force within the Department of Environment and Natural Resources. North Carolina is now the latest state to recognize the connections between cross-agency governance at the state level, coordination with stakeholders at the local level, and sustainable communities on the ground.

In the first ten months of the American Recovery and Reinvestment Act (ARRA), investments in public transportation have created twice as many jobs per dollar as investments in highways. A new analysis by the Center for Neighborhood Technology, Smart Growth America, and U.S. PIRG shows that by mimicking funding levels for transportation set out in ARRA, the Jobs for Main Street Act passed by the U.S. House of Representatives in December missed an opportunity to create additional jobs where they are needed most. Read more on the report, “What we learned from the Stimulus, and how to use what we learned to speed job creation in the 2010 jobs bill.”

It’s right around the corner, but it’s still not too late to register and attend the biggest smart growth conference of the year. The 8th annual New Partners for Smart Growth Conference will be held January 22-24 in Albuquerque, NM, and the last date to register without incurring a late fee is January 9th. The … Continued

Anyone who has attempted to measure the merits of proposed development in their area knows of the difficulties in attaching quantitative values to a proposal. Community opposition or support to a project, based on nothing but emotion or feelings about what may result from that new development, isn’t always productive in achieving desired outcomes. And … Continued

Smart Growth America is looking to fill several internships and one full-time paid fellowship. (See the links at left) The National Complete Streets Coalition is seeking a Complete Streets Fellow. This is a tremendous opportunity for a recent graduate to take on significant responsibility while learning about transportation reform issues and working directly with a … Continued

Last week, nearly 650 people gathered in Pittsburgh, PA for Reclaiming Vacant Properties, the first ever national conference on the topic. The conference was the culmination of years of dreaming and working by the National Vacant Properties Campaign. Over 500 people were registered before the event, but the large number of walk-up registrants Monday morning … Continued

Most of the SGA staff was in Pittsburgh, Pennsylvania last week for Reclaiming Vacant Properties, the first ever national conference on the issue of vacant properties. We’ll have some pictures and stories to follow in the next few days, but we wanted to alert you to a related chat taking place on the Washington Post’s … Continued