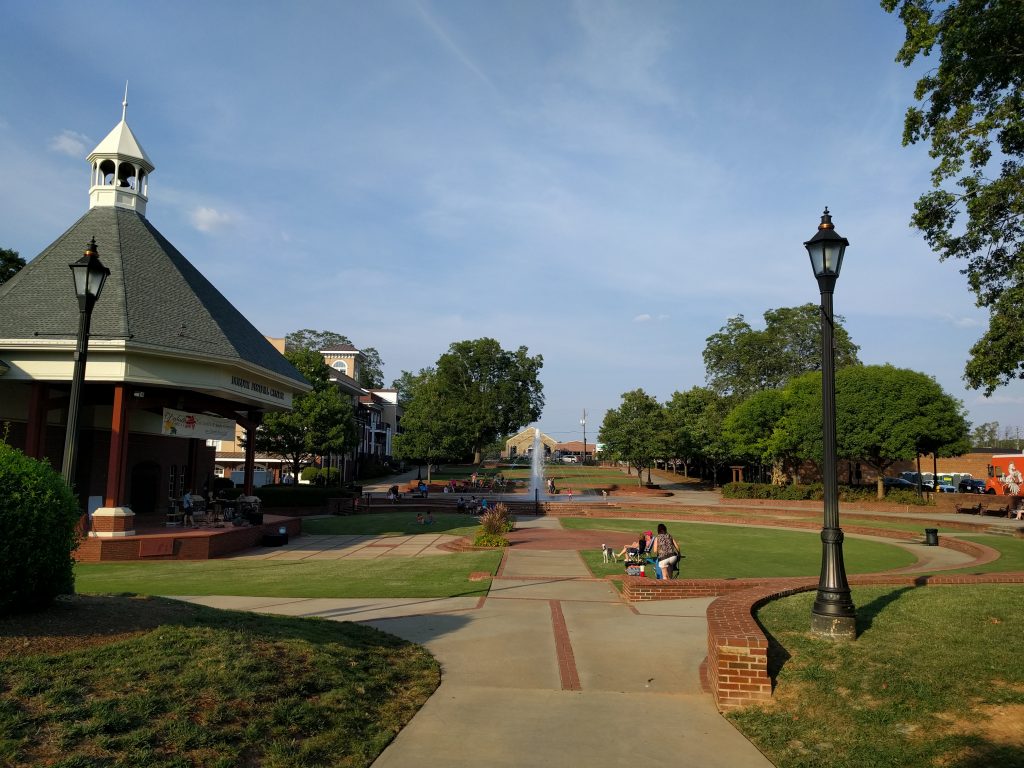 Beltline a walk in the park
Atlanta Journal-Constitution (GA) – October 13, 2012
On Monday, Mayor Kasim Reed will dedicate what city officials are calling “the most significant step forward yet” in the long-awaited Beltline, a projected 22-mile loop in central Atlanta built upon abandoned railway corridor.

As gas prices soar, city cycling more attractive
Associated Press via San Francisco Chronicle (CA) – October 13, 2012
Statewide, Californians are increasingly pumping air into the flat tires on their dusty old bikes instead of gas into their tanks. Recent historic spikes in gas prices are expected to stay high, forcing many to look at their gas guzzling minivans and SUVs in a new light.

Trulia Throws Cold Water on ‘Death of Suburbia’ Argument
Wall Street Journal – October 12, 2012
On Page One of Wednesday’s Journal, we wrote about a museum in Kansas that caters to America’s undying fascination with suburbia. Merits of the museum aside, the article highlights a persistent theme in American culture that has fascinated demographers, urbanists and especially home buyers for several generations: the question of whether or not the suburbs are alive and well or hollowed-out and dying.

Report: Housing shift seen as suburban spreads lose appeal
The Sacramento Bee, December 13, 2011
Is Sacramento’s long-standing love of suburban living winding down? A blunt new analysis says yes, but some local builders say no way. The report released this week by the Urban Land Institute contends that Sacramento and other California metropolitan areas are about to discover they have an “oversupply” of classic subdivision housing, thanks to a sea change in what buyers want and can afford.

Is the Housing Bust About to Slam City Budgets?
Wall Street Journal, December 8, 2011
City budget crises could be getting worse in the coming years as the housing bust shakes out by shrinking property tax revenues, according to a report from the Federal Reserve Bank of Cleveland.

Lawmaker’s high-speed rail plan: Will it fly?
CNN, December 13, 2011
How fast can high-speed trains come to the Northeast corridor? Not fast enough for Republican Rep. John Mica of Florida. The chairman of the House Transportation Committee recently came out with a proposal to create a high-speed rail line – trains that can travel more than 200 mph – between Boston and D.C. in 10 to 15 years. Can it be done in half the time Amtrak said it would take?

Walkable Neighborhoods Gaining Popularity — Even in the Suburbs
Huffington Post, December 6, 2011
Last week, my colleague Chris Leinberger wrote a provocative op-ed in the New York Times titled “The Death of the Fringe Suburb.” Leinberger, who is president of LOCUS: Responsible Real Estate Developers and Investors, which is a project of Smart Growth America, highlighted the convergence of a number of factors in heralding the decline of far flung, auto-dependant exurbs. Rising gas prices, demographic changes, and shifting consumer preferences have all made these areas less attractive to homebuyers — a fact reflected in the financial troubles and foreclosure crises many of these communities face.

What the 2012 TED Prize Means for ‘The City 2.0’
Atlantic Cities, December 7, 2011
The organization behind the high-profile uber-conference TED has announced an unusual winner for the 2012 iteration of its TED Prize. The award is formally presented at the annual TED conference in February, when the winner announces his or her “wish” – a project that builds off the $100,000 prize money and the enthusiasm of the TED community to participate in somehow making the world a better place. This year’s winner, though, is a little different. It’s not a person, but rather an idea – and a big one: The City 2.0.

Last week, my colleague Chris Leinberger wrote a provocative op-ed in the New York Times titled “The Death of the Fringe Suburb.” Leinberger, who is president of LOCUS: Responsible Real Estate Developers and Investors, which is a project of Smart Growth America, highlighted the convergence of a number of factors in heralding the decline of far flung, auto-dependant exurbs. Rising gas prices, demographic changes, and shifting consumer preferences have all made these areas less attractive to homebuyers — a fact reflected in the financial troubles and foreclosure crises many of these communities face.

This gloomy portrait, however, is only the prelude to Leinberger’s discussion of an exciting new wave of demand for real estate. Today, the most valuable housing is in center city and inner suburb communities where shops, schools and homes are within walking distance of one another. More and more Americans want to live in these affordable and accessible neighborhoods — and the proof is in the prices of homes in these areas. Perhaps even more importantly, this type of development is where the knowledge economy thrives, helps support regional economies and promotes environmental sustainability.

The Death of the Fringe Suburb
New York Times (Op-Ed), November 25, 2011
Simply put, there has been a profound structural shift — a reversal of what took place in the 1950s, when drivable suburbs boomed and flourished as center cities emptied and withered.

HUD Awards Bring ‘Bittersweet’ End to Sustainability Program
Streetsblog, November 23, 2011
“The communities selected to receive these grants have a great opportunity to put their plans for smarter development and economic revitalization into action,” said Geoffrey Anderson of Smart Growth America in an email. “These grants are bittersweet, however, since they come just days after Congress passed legislation that did not include specific funding for another round of HUD grants next year.”

How should we design the cities of our dreams?
Salon, November 27, 2011
This is the first story in a new series called Dream City, which will explore the way we’re designing our cities of the future, cities in which we want to live, right now. Two more stories will follow this week. Tomorrow, we’ll examine the way cities are growing with creative use of their waterfronts. And on Tuesday, we’ll look at the growing trend of removing freeways from downtown to create new pedestrian spaces.

High-tech HQ leaving suburbs for downtown
Kansas City Star, November 16, 2011
It’s believed to be the first significant suburban company to make the switch downtown since a multi-billion-dollar revival began a decade ago. The firm said it thought a downtown location would boost the recruiting of younger and more tech-savvy employees.

Data show Maine population growing in suburban areas
The Morning Sentinel (Maine), November 17, 2011
Overall, the state of Maine experienced net growth during the first decade of this century. Richert said many urban areas in Maine had growth of up to 5 percent. But suburban areas grew faster. And that growth poses problems with agriculture and production in Maine

Brady District revitalization helped by TIF status
Tulsa World (Okla.), November 17, 2011
In 1993, when the city introduced “tax increment financing” in the Brady District, officials described it as the spark that would ignite downtown revitalization. And now, 18 years later, redevelopment is raging through the Brady District, where more than $80 million in construction is either under way or planned for the near future.