Walkable urban places (i.e. WalkUPs) occupy less than one percent of the total land mass in the 30 largest metro areas, but deliver outsized economic performance and there is great demand for more of such places. Meeting this pent-up demand for new WalkUPs would create a new economic foundation for the U.S. economy, one far more resilient than one predicated on suburban growth.

In Foot Traffic Ahead 2019, we rank the top 30 metros based on their WalkUPs. 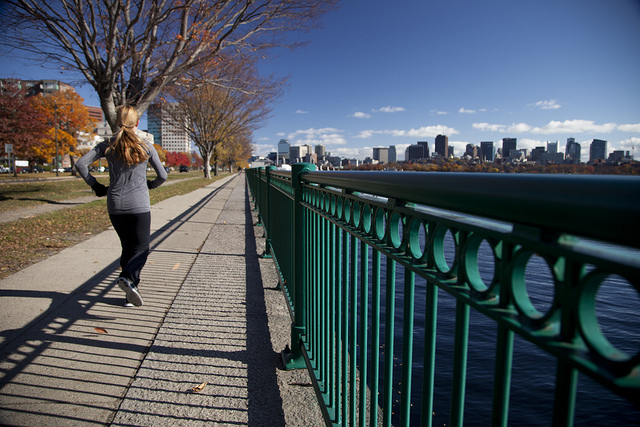 On October 24, LOCUS and The George Washington University’s Center for Real Estate and Urban Analysis (CREUA) will unveil their ranking of Massachusetts’ most investable Opportunity Zones.

New York is the densest and most walkable city in the country. But just a few, relatively small walkable urban places—or WalkUPs—are responsible for an outsize percentage of the region’s population, employment, and GDP.

How do these WalkUps compare economically and socially to the region’s drivable suburban communities? What challenges will New York’s WalkUPs likely face over the next 20 years, and what can policymakers do to address them?

On April 4, 2017, the George Washington University’s Center for Real Estate and Urban Analysis (CREUA) will answer these questions when they release The WalkUP Wake UP Call: Metro New York City. The report will include for the very first time a nearly 100 percent census of all real estate in the New York metro area as well as an analysis of growth trends in the region.

Today, we’re pleased to release the full list of WalkUPs analyzed in our recent report, Foot Traffic Ahead 2016.

There are 619 regionally significant, walkable urban places (or “WalkUPs”) in the nation’s 30 largest metro areas.

Foot Traffic Ahead 2016, released today by LOCUS in conjunction with the Center for Real Estate and Urban Analysis at the George Washington University School of Business, looked at all of them.

The new report ranks the country’s 30 largest metropolitan areas based on the amount of commercial and multi-family rental development in WalkUPs, and uses a series of forward-looking metrics to predict how walkable their future development might be. The research also uses social equity metrics like housing costs, transportation costs, and access to jobs to understand the relationship between walkability and social equity.

The research found that walkable urban market share growth in office and multi-family rental increased in all 30 metro areas between 2010-2015, while drivable sub-urban locations have lost market share.

Not surprisingly, New York City, Washington DC, Boston, Chicago, San Francisco, and Seattle ranked at the top of current areas for walkable urbanism. But the research points to other cities including Phoenix, Los Angeles, and metro Detroit as best-positioned for future growth of walkability given current efforts in those the communities.

Download the full report to see the full rankings, including which metros are getting the most out of their current development, which have the greatest momentum, and which rank the highest for social equity.

Metropolitan Boston is poised to be one of the most walkable metro areas in the country. This is one of the exciting findings of The WalkUP Wake-Up Call: Boston, a new report unveiled in Boston today at LOCUS’s first-ever New England Leadership Summit.

The new research defines—for the first time—the form and function of all land use in metropolitan Boston’s 3,100 square miles, identifying 57 regionally significant walkable urban places (or “WalkUPs”) in metro Boston and ranking them based on economic performance, measured by the real estate valuations for each product type and the fiscal revenues generated for local governments, and by social equity performance, measured by accessibility, opportunity, and affordability for residents. Looking ahead to future opportunities, the report also identifies emerging and potential WalkUPs where new development could go.

As shown by substantial and increasing real estate valuation premiums in all real estate product types (office, hotel, rental apartment, retail, and for-sale residential), the report found strong and growing signs of pent-up demand for walkable urban neighborhoods in the Boston area—marking a reversal in real estate development that has long followed the drivable suburban model. Even more remarkable is the fact that these WalkUPs, account for just 6% of the total land area in the Boston metro region.

Walkable real estate development projects and places are on the rise nationwide. Over the past year, LOCUS has looked at how these trends are playing out in Atlanta and Washington, DC.

The WalkUP Wake-Up Call: Boston will, for the first time ever, analyze the different forms and economic use of all land use across metro Boston and rank Boston-area communities based on economic and social equity metrics.

Photo via the George Washington University’s Center for Real Estate and Urban Analysis. Smart Growth America will join ULI Washington’s third annual Walkable Urban Places Conference on Tuesday, September 16, 2014 in Washington, DC, and we want to see you there. The day-long conversation about housing affordability in revitalizing neighborhoods will dive into the complexity … Continued