Virginia recently introduced new rush-hour tolls on I-66 inside the Washington Beltway on lanes previously reserved for high-occupancy vehicles, sparking a regional debate about tolling and equity. Tolls can be a valuable tool to advance smart growth — if paired with important policies that increase transportation options and support smarter land-use choices. 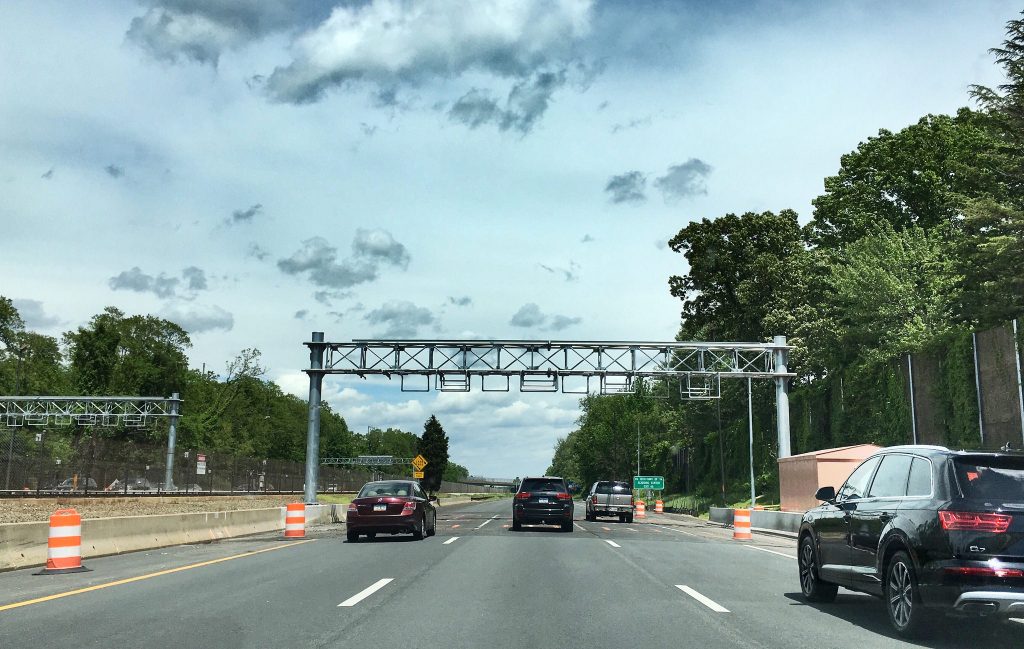 Virginia introduced new peak-period tolls on Interstate 66 inside the Washington, D.C. Beltway last week. Enforced only during an expanded rush-hour period eastbound in the morning and westbound in the afternoon, the new tolls made it possible for anyone willing to pay to use a road previously only open to high-occupancy vehicles carrying at least two people during peak periods.

The response, debate, and accompanying poor local journalism about the change shows (surprise!) that charging for something that was once “free”  — or at least perceived to be free — causes people to react.

In the opening days last week, morning peak-hour tolls on I-66 spiked to $40 for the full 10-mile trip, and many Virginia commuters were aghast. (As before, carpoolers could still use the lanes for free.) Some in the urbanism blogosphere were claiming that Virginia suburbs were being unfairly taxed. Others were vigorously defending the tolls, suggesting that this was undoing years of subsidizing the suburbs. “We should have tolls, and the higher the better!” goes that spirit.

But when we simultaneously consider good economics, as well as equity, I think we can arrive at a reasoned center. Smart growth is about sustainable urbanism throughout a region, for large cities and small towns alike.

This leaves me to a conclusion that, yes, tolling congested highways — especially during their most-demanded periods — makes sense, but we cannot lose sight of the very real pain felt by communities facing the costs of the toll, and important equity concerns.  We need to set the price right, use the revenues to provide other transportation options, and engage in more equitable regional land-use and housing supply decisions.

Toll Roads for the Rich in Northern VA, Prices only the 1% can afford #I66 tolls and #highwayrobbery. $40 go go 10 miles. What Happened to American Values!!!!

Idea “we’re going to force taxpayers who don’t utilize highway to subsidize those that do” is actually freedom-maximizing position is absurd.

Nobody is forcing you to move out of the suburbs. People can continue to live that lifestyle, just be prepared to pay its actual costs.

The Virginia Department of Transportation’s “Transform 66” program for I-66 tolls began on December 4, 2017. The tolls are variable, using smart technology, so they rise and fall depending on traffic conditions in order to maintain a free flow speed of 55 miles per hour.

Paul Lewis at the Eno Center for Transportation has summarized the details, along with an effort to dispel some of the misconceptions. He defends the tolls last week as the market price, and points out that the tolls are smart for the region. I agree. For the reasons of managing congestion, raising much-needed transportation revenues, and encouraging alternatives, tolling makes sense. We will also see more of it in the U.S. in the future if the transportation economists have any say about it.

While the economics of tolling make sense, many urbanists are minimizing the legitimate sentiments and concerns of those speaking out against tolls, and we do so at our peril. By definition, the burden of the I-66 tolls will fall on commuters in suburban communities in primarily Fairfax and Loudoun County, Virginia. Also, by definition, tolls are a regressive fee with respect to income: higher-income individuals pay a lower share of their income than lower income individuals.

While tolls force drivers to pay closer to the “true cost” of their driving and helps manage congestion by pricing a scarce resource, we should be wary of a sense that we are finally making “those commuters” pay or that we are finally making others pay for their decision to live out there. The truth is, many families were pushed to live in suburbs due to rising housing costs in the urban core, and these suburbs are increasingly the destination of the displaced middle-class, low-income people, and immigrants.

The poor and immigrants are increasingly moving to the suburbs

Take Loudoun County, for example. Historically considered a posh exurb of the D.C. region, its demographics are quickly changing. The U.S. Census reports that in 2000, 2.8 percent of its households lived below the poverty line, and this figure increased 1.4 times to 4.0 percent by 2016. Over that same period, Loudoun’s immigrant population more than doubled from 11 percent to 23 percent. Meanwhile, the District of Columbia’s poverty share decreased, and its immigrant share remained relatively stable.

As housing has become increasingly more expensive in D.C. and the inner-ring suburbs, this has had the natural effect of drawing families further out in search of attainable housing, a trend outlined by Elizabeth Kneebone at the Brookings Institute.

It is inconsistent for the urban core to simultaneously restrict the supply of housing which produces high housing costs, and then proceed to blame people for moving to affordable suburban areas and impose a fee on them for that decision. We should not approach tolls as a way to punish people who made rational decisions to live in the suburbs simply because they responded to growth decisions made by past generations with whom we no longer agree.

Instead, we need to see tolls as a way of using market principles to build stronger, more affordable, more equitable regions. This requires combining congestion tolling with other policies for a holistic approach. Here are three:

First, the toll should be set as low as possible while also achieving congestion management goals. Presently, VDOT is targeting a 55 mile-per-hour goal. I myself have questioned whether the $30-40 toll was actually the “market price” or a week one glitch as we wait for VDOT’s algorithms to calibrate and users to adjust. Perhaps VDOT should experiment with setting the speed target to 45 miles per hour, which would still bring broad congestion management benefits while lowering the tolls to a less burdensome level. This can provide both more time and data to help commuters make decisions about transitioning to other routes, modes, or even reconsidering housing and job location decisions. Alternatively, tolls could instead be progressively raised towards the market price over a period of time to give commuters time to adjust and also bring other new travel options on-line.

2. Use the tolls to add transportation options

Tolling shouldn’t just be deployed to manage congestion or raise new highway revenues, it should also be combined with additional transportation options to create and sustain more equitable places where everyone has greater access to opportunity.

As stated, tolling is regressive by mathematical definition, and it requires countervailing policies to compensate. This includes policies to direct toll revenues to programs that will offer more transportation options, like enhancing transit systems, improving other corridors throughout the region, and providing for more transportation options such as biking and walking. Fortunately, that’s exactly what VDOT is doing, dedicating a portion of revenues towards new or enhanced bus service, park-and-ride lots, and other transportation improvements in the corridor. In the long-run, commuters will have more options than they do today.

Addressing the transportation system requires addressing land-use decisions. The broad trend of American regions is one of multiple nodes of activity, and an increasing “urbanization of the suburbs” with walkable urban places throughout, as our past research with Chris Leinberger has shown.  With more housing provided in a region’s core, as well as walkable urban job, recreation, and residential centers throughout the region, suburban communities can become less dependent on the city center. Why have to commute to D.C. from a far-flung exurb if there are more jobs and destinations close by that you can easily reach? Adding jobs and housing in new walkable or transit-connected locations in communities throughout a region can help reduce the need for lengthy commutes.

The I-66 tolls have understandably touched a nerve in the D.C. region among commuters, urbanists, and economists. The $40 tolls did shock commuters, and anyone interested in smarter growth should take a moment to understand and sympathize with the actual economic concerns of those who face the tolls. They can’t just be dismissed. We need to frame similar tolls as a market-oriented way to make housing and transportation more affordable across the region and improve regional prosperity in an equitable way.

This would bring to light the equity concerns of tolling, and bring front and center the broader set of planning choices that need to be made in concert with tolling.

Let’s think about urban growth in equitable terms, never as some sort of punishment for rational choices made by people about where to live and work. Instead, let’s consider tolls as a market-oriented opportunity to build a more sustainable urban policy.

Michael Rodriguez is Director of Research at Smart Growth America.