The time tested value of walkability 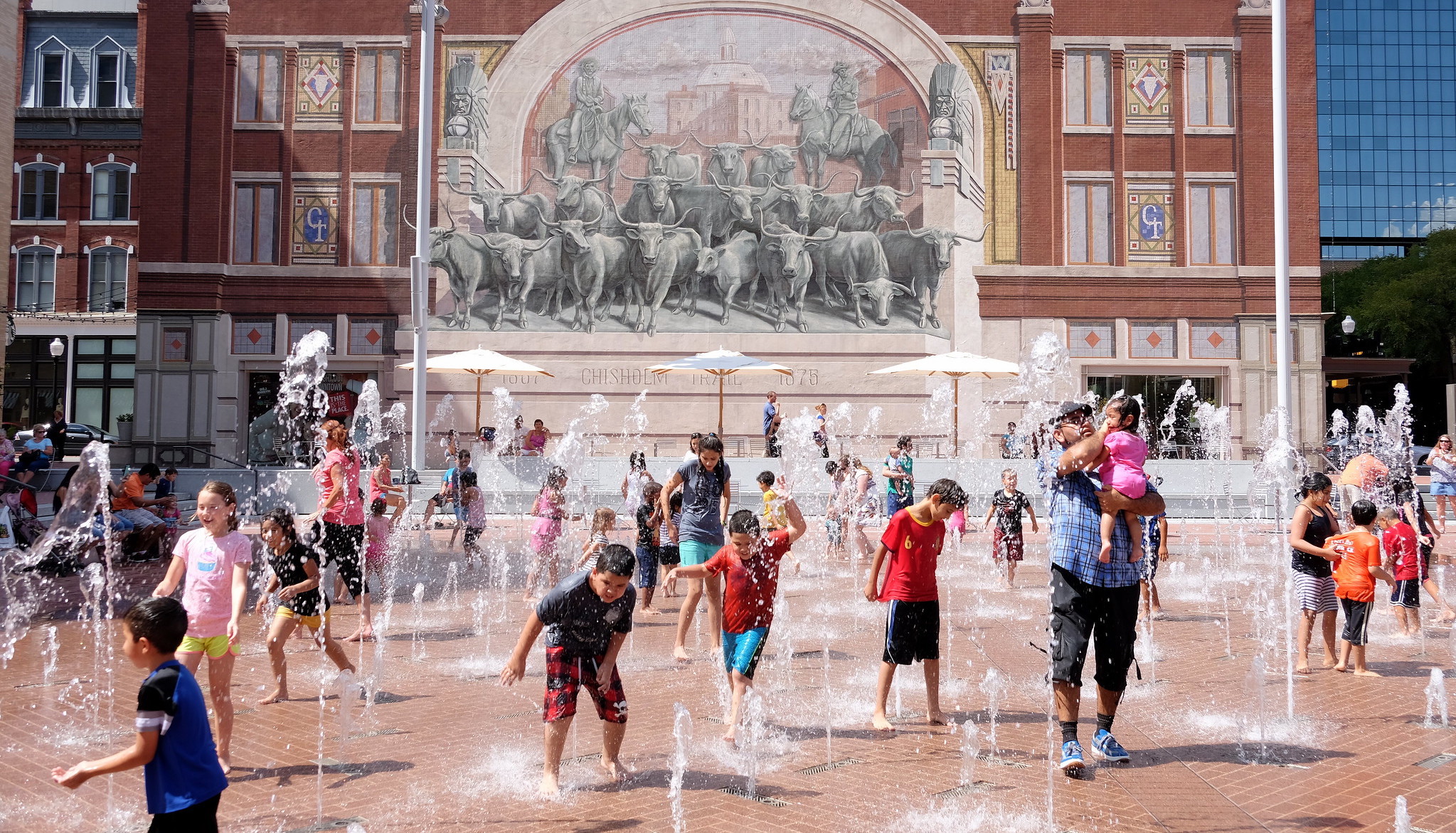 Smart Growth America/LOCUS today released Foot Traffic Ahead 2019, a report which ranks the 30 largest metros in the United States based on the percentage of office, retail, and rental multi-family space each has in their walkable urban places. The report powerfully illustrates the price premiums investors and buyers are willing to pay to live or work in walkable, transit-connected neighborhoods—and why we urgently need to build more of them.

For the last 70 years, governments at all levels have been heavily subsidizing sprawling, drive-only development, pushing housing, office, and retail further afield into the fringes of metro areas. But new research throws the utility of such investments into question by showing that walkable urban places—the kinds of places that people built for hundreds of years before the advent of the automobile—are not only the economic powerhouses of the United States, but they’re also more socially equitable (compared to the driveable sub-urban areas in most metro areas). 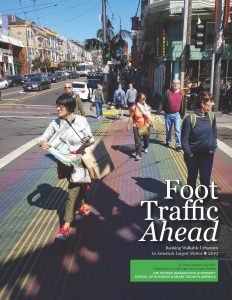 Foot Traffic Ahead 2019, released today by the Center for Real Estate and Urban Analysis (CRUEA) at the George Washington University School of Business, Smart Growth America/LOCUS, Cushman & Wakefield, and Yardi Matrix, identified 761 regionally significant walkable urban places (i.e. WalkUPs) in the country’s 30 largest metros. While these WalkUPs occupy less than 1 percent of the land mass in those 30 metros, they punch far above their weight economically.

To get a sense of their impact, and the level of walkable urbanism in each city, Foot Traffic Ahead examines the share of total retail, office, and multifamily housing space located in WalkUPs and then ranks the metros. The top six metros with the most real estate in walkable urban places are New York City, Denver, Boston, Washington, DC, the San Francisco Bay Area, and Chicago, in that order.

These top tier metros account for almost half of the 761 WalkUPs examined—375 in total. Among all 30 metros, the number of distinct WalkUPs varies widely. Unsurprisingly, New York tops the list with 149 while metros like Boston, Los Angeles, and San Francisco are in the high 50s. On the low end of the scale are Las Vegas (2), Orlando (3), San Antonio (3), and Phoenix (5).

But even in these lower-performing metros with relatively few WalkUPs, there is still a high demand for more walkable places as evidenced by the premiums that people will pay for space in them. In Orlando, for example, with just three walkable urban places, there is still a 42 percent premium on rents in those areas compared to driveable sub-urban areas.

One of the most notable findings in this report is that walkability isn’t just about center or core city neighborhoods, either. Much of the growth in WalkUPs has come in the suburbs of these metro areas. In Boston and Washington, DC, two of the cities ranked in the top six, over 40 percent of their occupied WalkUP space is located in their urbanizing suburbs.

Where will more walkUPs pop up?

Foot Traffic Ahead also analyzes the potential for future WalkUPs in each metro. The Future Growth Momentum Index ranks cities based on a number of metrics including include the market share of space in WalkUPs, the rent premium for space in WalkUPs, and the percentage of walkable urban space located in the suburbs of a metro area vs. the central city. In order, the top cities for future WalkUPs are Boston, New York City, Detroit, Washington, DC, Pittsburgh, Miami, and Los Angeles.

While Boston, New York City, and DC may not be surprising, the other metros are perhaps less expected. Detroit and Pittsburgh have seen a fundamental redevelopment of their central cities with Detroit also seeing substantial growth of WalkUPs in its urbanizing suburbs. Miami and Los Angeles are both seeing strong center city growth plus revitalization of transit-served suburban WalkUPs.

Can a WalkUP be socially equitable?

Simply commanding higher rents isn’t a good unto itself, especially if it means that lower-income people can’t live in and enjoy the benefits of living in these areas. So Foot Traffic Ahead created a Social Equity Index that examined the mix of rental and for-sale housing and the cost of housing and transportation for a middle-income family.

New York City, Washington, DC, Baltimore, Minneapolis-St. Paul, and Boston topped the list in that ranking. While housing costs are certainly very high in many of these metros, transportation costs in the walkable places are dramatically lower due to more diverse and less expensive transportation options like transit, biking, and walking. And WalkUPs are also typically far better connected to jobs and opportunity.

But, even for those metros that are highly ranked on social equity, aggressive affordable housing programs are needed in the short-term to make it possible for lower-income households to live in WalkUPs. The long-term solution to the high cost of housing in WalkUPs is to build more housing, make more walkable urban land available, and improve wages for working people. Exclusionary zoning and the lack of experience of the real estate development industry in building walkable urban places is an obstacle in many metros.

Walkable urban places are in high demand but in too many communities—even in the top tier metro areas—we make it illegal to build these types of places. Outdated zoning and decades of misguided incentives and regulations continue to promote more sprawl instead of focusing on creating highly productive, connected, walkable places.

Foot Traffic Ahead shows that there is huge unmet demand for more walkable places and not nearly enough supply. Meeting this pent-up demand for new WalkUPs would create a new economic foundation for the U.S., one far more resilient than one predicated on suburban growth.