Complete Streets are streets for everyone. Complete Streets is an approach to planning, designing, building, operating, and maintaining streets that enables safe access for all people who need to use them, including pedestrians, bicyclists, motorists and transit riders of all ages and abilities.

Scroll through the content below to learn the Basics of Complete Streets, or use these buttons to jump directly to other questions.

What is the National Complete Streets Coalition How can I join?

Tell me about Complete Streets policies How can I learn more? 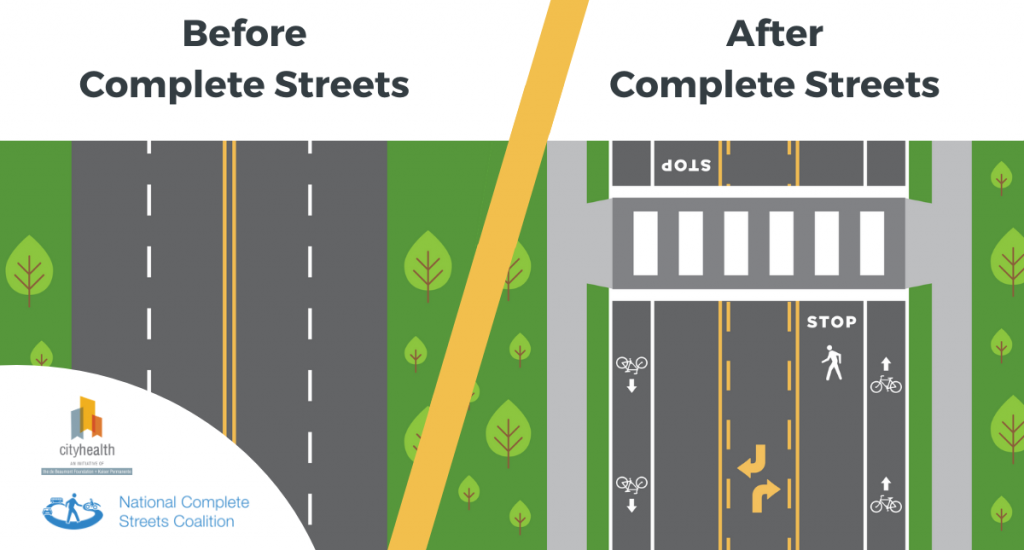 Complete Streets is a process and approach

Not just a product or single type of street.

Complete Streets is an approach to planning, designing and building streets that enables safe access for all users, including pedestrians, bicyclists, motorists and transit riders of all ages and abilities. This approach also emphasizes the needs of those who have experienced systemic underinvestment, or those whose needs have not been met through a traditional transportation approach, such as older adults, people living with disabilities, people who don’t have access to vehicles, and Black, Native, and Hispanic or Latino/a/x communities.

What are Complete Streets aiming to fix?

Incomplete streets are the result of a process that fails to consider the needs of all people and outdated measures of what makes a street successful. The end product is a street that spans a spectrum from uncomfortable to downright deadly for those not using a car.

While Complete Streets are a process and approach to street design, there is no singular design prescription for Complete Streets. Each one is unique and responds to its community context. A complete street may include: sidewalks, bike lanes (or wide paved shoulders), special bus lanes, comfortable and accessible public transportation stops, frequent and safe crosswalks, median islands, accessible pedestrian signals, curb extensions, narrower travel lanes, roundabouts, and more.

The context and needs of users are different in rural, suburban, and urban communities, and streets will look different as a result, even when using a Complete Streets approach. 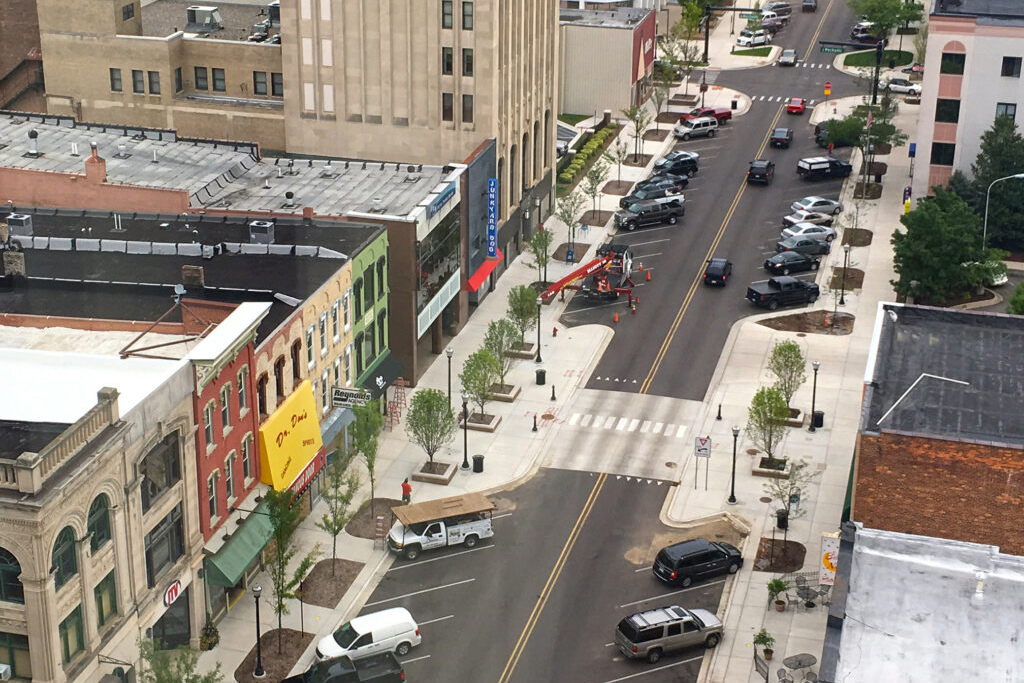 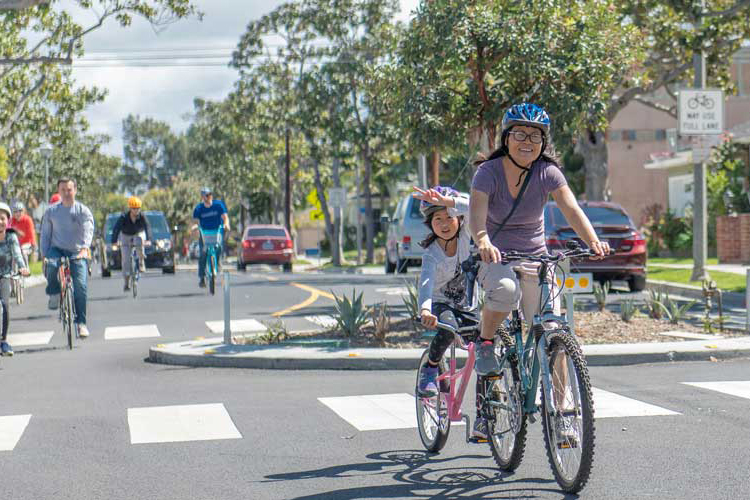 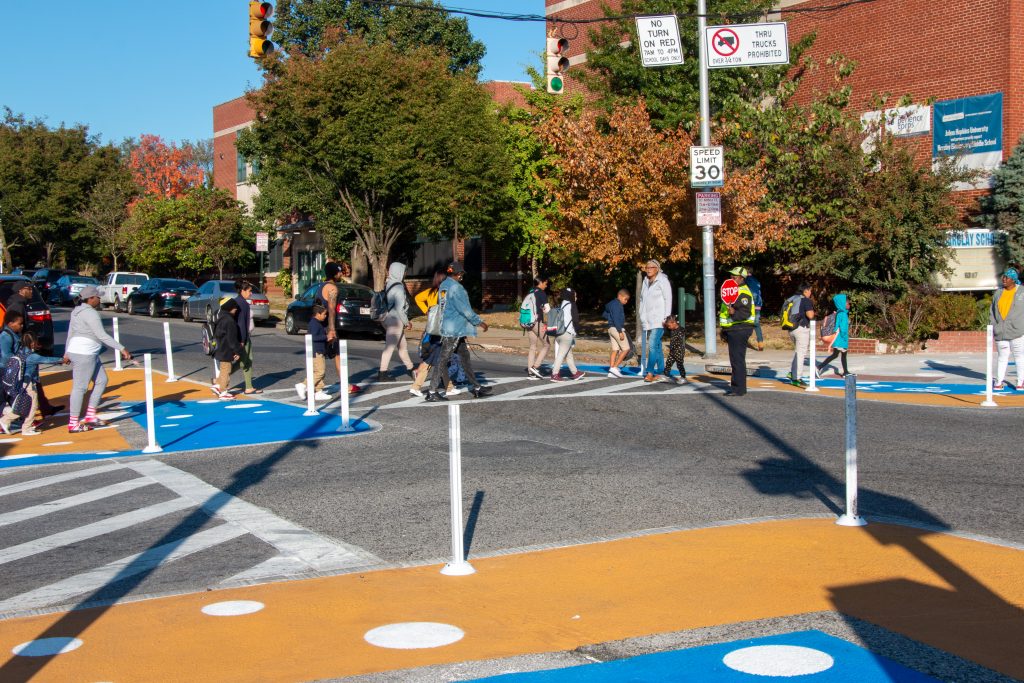 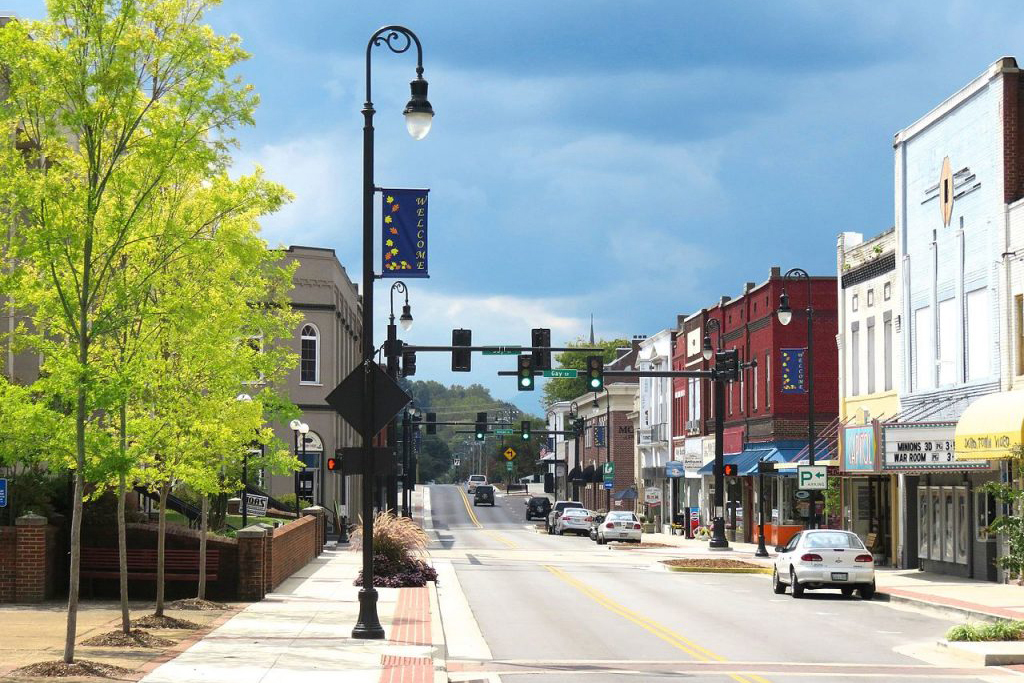 Why do we need Complete Streets?

For one, we are in the midst of a historic, alarming increase in the numbers of people struck and killed while walking, which has been on a steady rise since 2009, reaching levels not seen in more than 30 years. 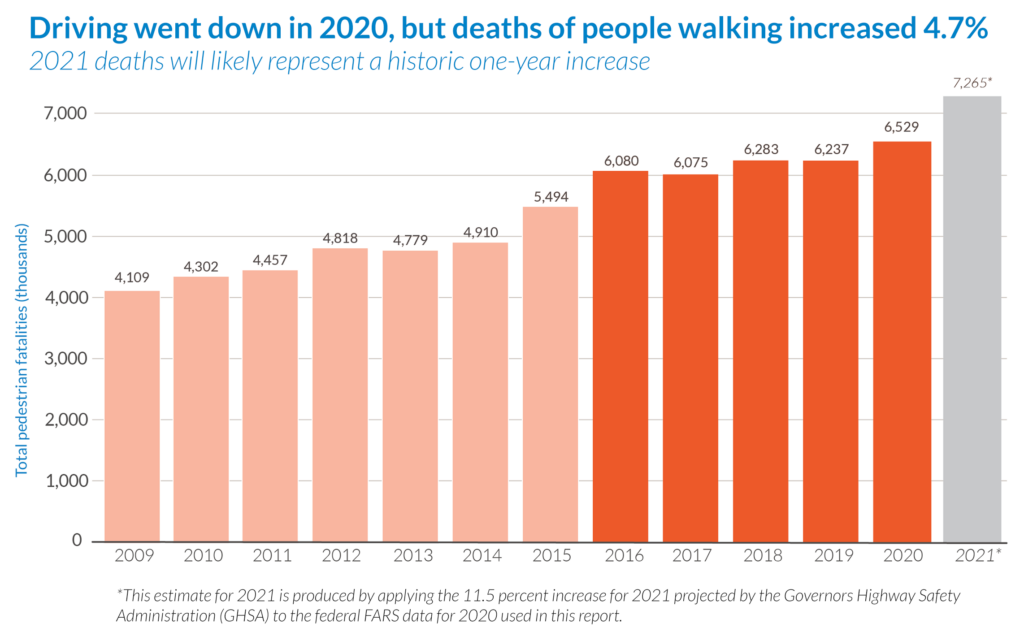 Speed is the number one culprit in these fatalities. Speed is also the best predictor of whether or not a collision will result in an injury or a death. (In addition to the size of vehicles, which are rapidly increasing, but that’s another conversation.) 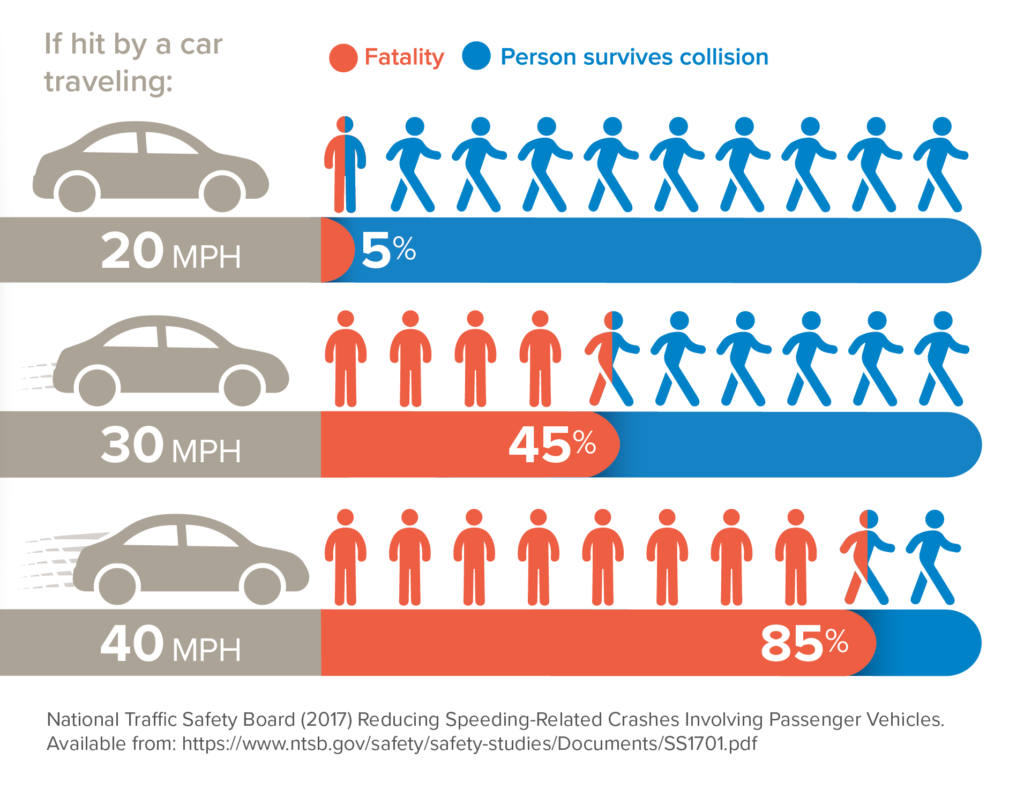 One of the best ways to reduce speeds and speeding is through a different approach to street design that prioritizes safety above all else, but especially over vehicle speed.

Most people don’t realize that speed and avoiding delay for vehicles is the primary consideration for most transportation agencies—thanks to entrenched practices left over from the interstate construction era and political pressures to avoid congestion, especially at the state level. Safety is important, but the default approach to street design places vehicle speed and throughput at the top of the pyramid of priorities.

Why can only speed or safety be prioritized first?

Watch this video we produced about these two competing priorities, and how speed most often wins out when it comes to street design:

From Dangerous by Design 2022, here are some specific examples of how design decisions prioritize speed at the expense of safety, using a dangerous arterial road in Memphis, TN as an example. Read a more detailed explainer of this idea here >> 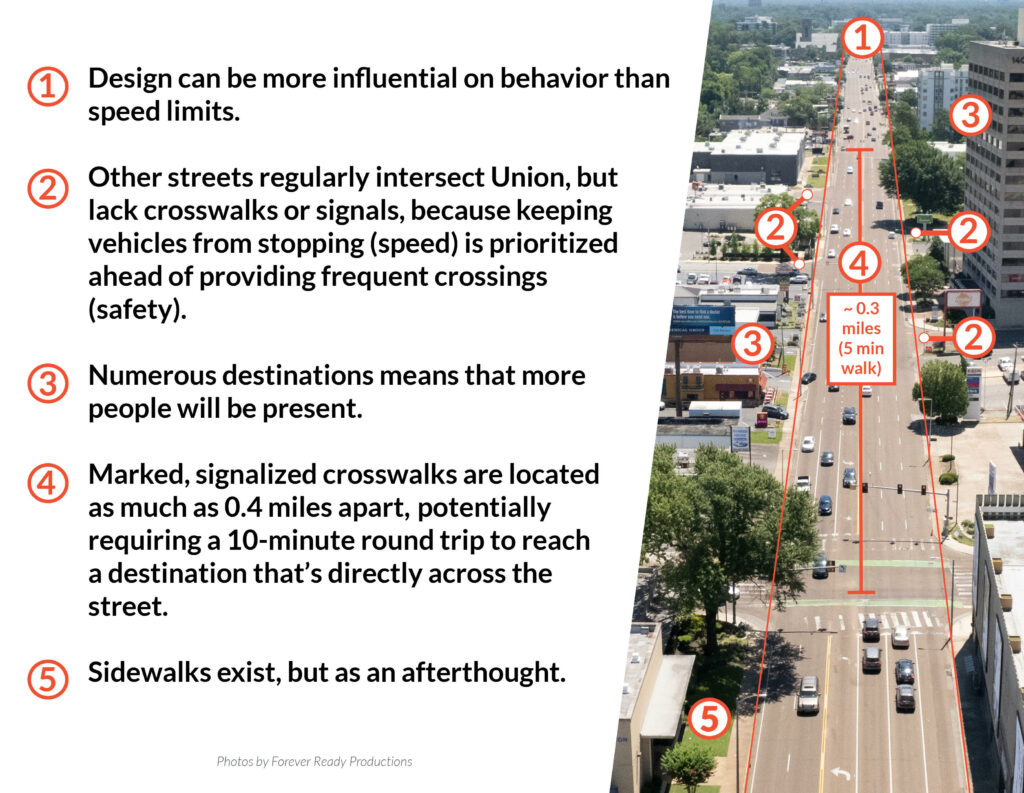 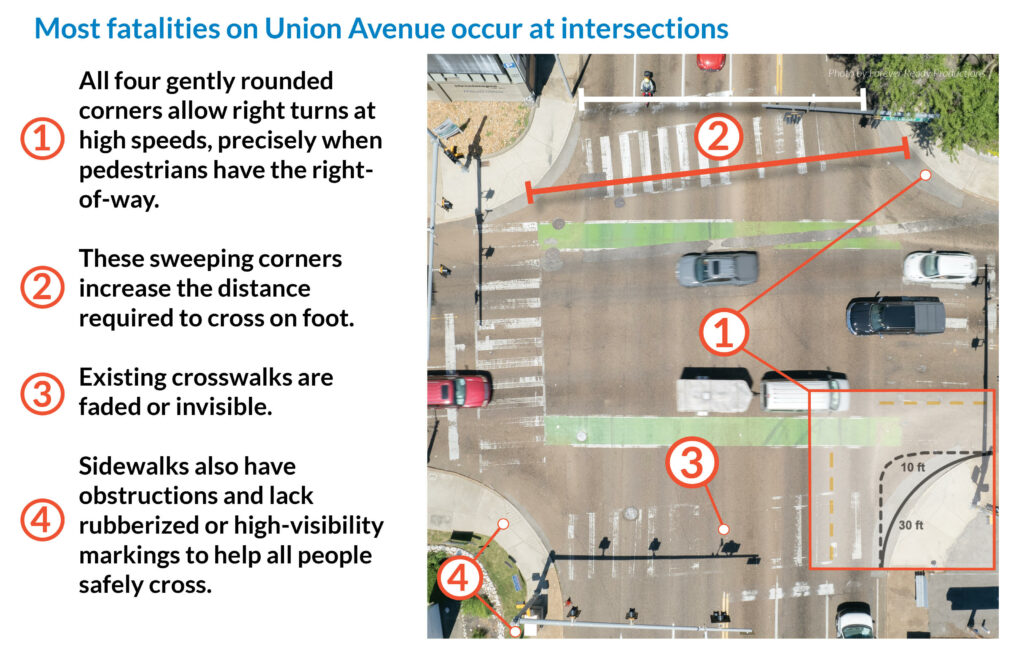 Here’s a brief real world example of a specific intervention to help make an unsafe, wide street a little bit safer, and help it better serve the needs of everyone who needs to use it:

Where are Complete Streets?

Over 1,600 Complete Streets policies have been passed in the United States, including those adopted by 35 state governments, the Commonwealth of Puerto Rico, and the District of Columbia.

What’s the effect of a strong Complete Streets policy?

Complete Streets policies can help states, metro areas, counties, cities, and towns transform how they make decisions about their streets.

But a strong policy is just the first step in a much longer process to shape practices for street design. Changing those practices is a key step in making a Complete Streets approach the default approach. Those practices determine the projects that get built and how, which are the building blocks of creating a complete network to serve everyone and connect more people to destinations safely and efficiently. So what does that look like in practice?

Consider the story of Tucson:

“My vision for the next 10, 20, 30 years for Tucson is definitely to institutionalize the concept of Complete Streets and mobility. It’s where we have to go.”

About 4,000 Tucsonans are injured and more than 50 people lose their lives on Tucson streets each year. Sidewalks are missing, bike lanes are unfinished, and streets have been designed for years to encourage speed over safety in the city. The Tucson Mayor and Council unanimously adopted a strong Complete Streets policy in 2019, and it’s already having an effect on their practices, shaping future projects, and helping to “institutionalize” a new approach, as the Mayor says.