What you might not know about the inevitable closure of nuclear power plants across the U.S.

There are 19 nuclear power sites currently being permanently decommissioned, and eight of the 59 still in operation are scheduled for closure within the next five years. Absent major changes, the majority of the nuclear power plants in the U.S. may close in the next few decades. This presents an enormous economic development challenge in what are mostly fairly small or rural communities where these plants are located. 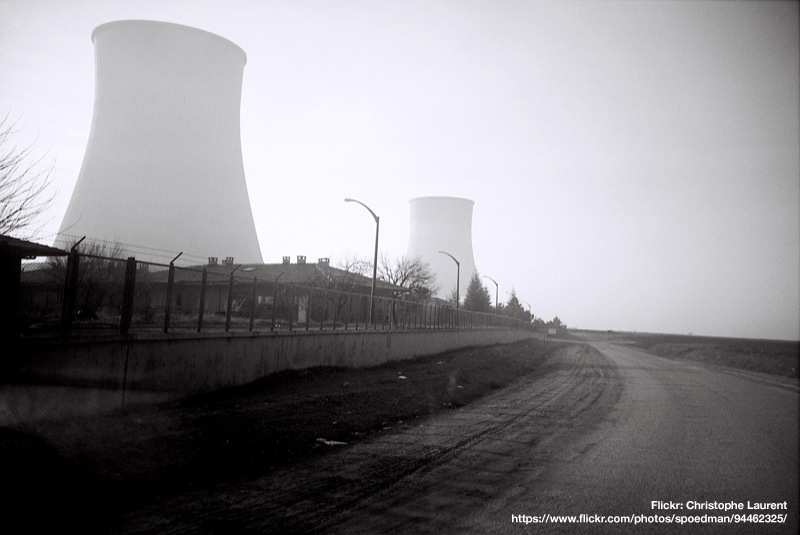 It’s hard to overstate the financial and social impacts of a nuclear power plant in or near a community. During the 40-plus-year operational life of most plants, the towns, cities, and counties surrounding them derive hefty economic benefits—as much as $400 million in gross regional product. There’s millions in direct tax payments, the provision of goods and services to the plant, and hundreds or thousands of well-paying jobs, some of which may have salaries in excess of $100,000 for highly skilled workers. Aside from the tax base a plant may provide, in a more rural community of a few thousand people, the economic impact of a few hundred people making good money can have a huge impact on the local economy. That’s disposable income that can support restaurants, retail, and other aspects of the local economy.

Perhaps less visible or obvious are all the other social impacts. Those well-paid workers are very often part of the vital but invisible social fabric that keeps a community whole. A report released just last week by the Nuclear Decommissioning Collaborative explains:

Many nuclear plants are sited in rural locations where social capital and volunteerism are critical to the survival of volunteer fire departments, anti-poverty programs, youth sports, and small towns that rely heavily upon volunteers. The loss of nuclear households often means the loss of a highly educated working spouse—a school principal, class parent, small business owner.  Therefore, the talent drain from nuclear plant closure extends beyond those individual exiting workers.

Regardless of one’s feelings about nuclear power, when these plants close down and are decommissioned—and most will shut down one day if the current trajectory continues— it’s an incredible challenge for these local communities. From the report:

Maine Yankee operated in Wiscasset, Maine for 25 years until its closure in 1997. During its operation, the plant employed over 500 workers most of whom lived within 20 miles of the plant. At the time of its closing, the plant contributed $12 million annually in local taxes, covering 90 percent of the Wiscasset’s municipal budget for schools, fire protection, and other public services.

In addition to the eight plants due to close in the next five years, a new wave of these shutdowns is expected in 2030 due to a combination of market pressures and retirements based on plants having reached their design life.

For instance, a plant in Zion, IL closed in 1998 after 25 years of service, resulting in the loss of upwards of 50 percent of its tax base, significant cutbacks to local services, higher local taxes, and an unsustainable increase in the portion of rental housing.

While these communities are turning to the federal government to help them manage and mitigate the socioeconomic impacts of these shutdowns, there are no easy answers. The federal government’s ability to effectively address this pressing problem is hampered by the complexity of the decommissioning process and the unique nature of each community. On top of that, the federal agency in charge of the decommissioning process (the Nuclear Regulatory Commission) has no charge or scope to consider the negative impacts on the local community, nor to encourage redevelopment in any way.

It takes a considerable amount of work and capacity just to be able to seek, receive, and effectively deploy federal aid, and many of these communities are frankly just not ready. Most communities whose plants are scheduled to close within the next five years don’t even mention their plant’s closure in the comprehensive economic planning documents which are used to guide their region’s ongoing economic development strategies. Some local stakeholders have shared with decommissioning experts a fear that starting to plan for the process will send signals that power companies should speed up the process.

Making things even more complicated is that redeveloping these sites in a more conventional fashion is next to impossible because these plants are first closed but then only slowly decommissioned. Nuclear fuel stays on site for years to come and communities rarely even control the site, even though only a tiny percentage of the full acreage was ever devoted to the plant itself. If a plant is shutting down and there is a potential for redevelopment, a community can’t even consider redeveloping the actual site until somewhere around ten years into the process when the negative impacts have already been felt and employment may be down to a tiny fraction of what it was when the plant was operational.

What can be done?

These are complex situations and communities certainly face an uphill battle as they consider how to quickly or easily replace the loss of so much tax base and a skilled workforce that may just retire or move away after closure. But, in fact, these situations are nothing new: they’re fairly analogous to other small communities that are or have become dependent on a single economic engine—a coal mine, a steel factory, a military base—that closes. Much of what these communities need is the same as many other places: A strategy for long-term economic and fiscal sustainability, and a near term plan for effectively deploying any relief aid they can get from the federal or state government.

Systematic measures are sorely needed to better understand, integrate, and leverage plant closure and decommissioning into a force for economic growth and community revitalization. There are no silver bullets nor easy answers, but smart growth and place-based economic development strategies should have a major role to play. With closure looming, these communities will have no margin to waste money chasing after the old model of economic growth that fails to bring the desired returns.

It’s a tough spot to be in, to be one of the leaders in a community where one of these plants is closing down. But there are still things you can do and control to potentially secure your community’s future. Smart Growth America can help, and we will soon be sharing more news about specific help tailored to these communities.