Where is walkable development headed in Washington DC?

“The future growth of walkable urban places could provide the same economic base in the 21st century that drivable sub-urbanism did in the mid-to-late 20th century.” That was the eye-catching assertion made by Christopher Leinberger during an event last week focused on meeting the booming demand for walkable urban development.

The event, co-sponsored by Smart Growth America, kicked off with Leinberger and Michael Rodriguez, Director of Research at Smart Growth America and CREUA, presenting findings from the 2016 Foot Traffic Ahead report, released in June. That report analyzed national metro areas based on the number of walkable urban places (WalkUPs, in the parlance of Leinberger and Rodriguez) in each, looking at the number of distinct walkable, urban places to measure both the revitalization of the central city and the urbanization of the suburbs.

Finally, metro areas were ranked based on their current scores, development momentum, and social equity—and Washington, DC emerged among the top for all three, indicating its place as a national model for walkable urban development. But even as a national model, there’s a more nuanced story to be told, and the future of metropolitan Washington’s growth presents numerous challenges to affordable housing, workforce development, social equity, and transportation.

To drill deeper into exactly where and how the region is growing and tell this story, CREUA Senior Data Scientist Dr. Tracy Loh previewed some of the new findings from the forthcoming WalkUp Wake Up Call: DC 2016, due to be released to the public in late October 2016.

This upcoming report follows up and expands on a prior 2012 report, and is a 100 percent census of all real estate in the region. The study classifies the region’s land between walkable and drivable, and between regionally significant and locally serving. The results are significant and show the economic power of walkable development. Though DC has a large number of them, WalkUPs are still tremendously scarce and take up only 1.1 percent of land in the region. Yet they account for one-fifth of the region’s multifamily and retail inventories, one-third of all employment, and half of the office and hotel inventories.

Loh also discussed the unique place-based social equity metric they used to study the region, one that measures each of Washington, DC’s 50 WalkUPs and walkable neighborhoods on a composite index of open space, housing supply, transit access, and location affordability. Only one neighborhood, Silver Spring, achieved “Platinum” status; the others fared only moderately well, with a new “Lead” category created to describe the especially underperforming neighborhoods.

“With demand for WalkUPs far outpacing supply, it is critical to the future economic and social health of our region that we create more of these places,” noted Loh.

Given a growing understanding of how economically successful WalkUPs can be, explained Loh, a conscious strategy must be employed to take advantage of this rising tide of economic activity to implement social equity measures. A coordinated investment from the public and private sectors will be imperative to ensure that a broad cross-section of metropolitan residents can live in or have transit access to WalkUPs. 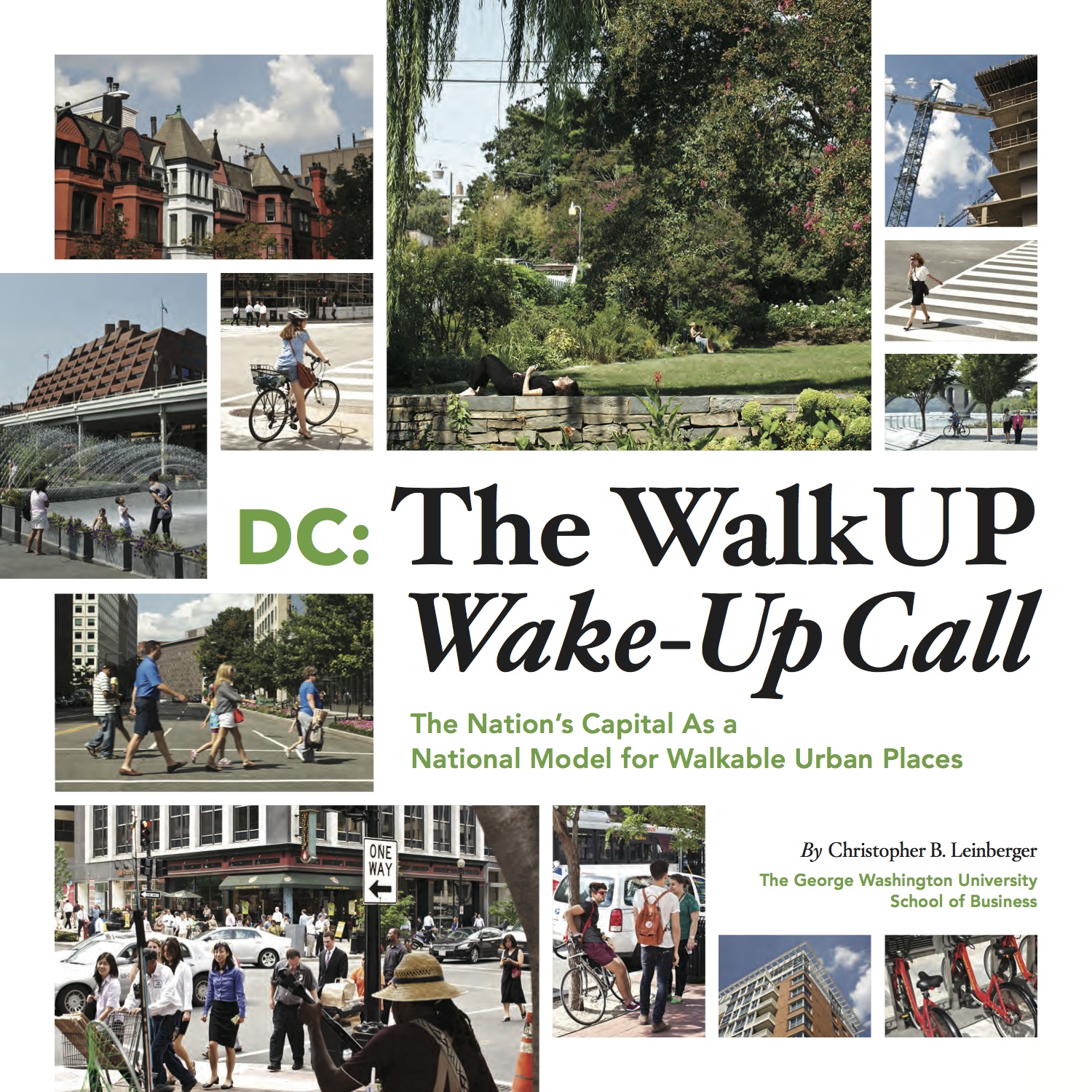 Find out in October where the 14 emerging and seven potential WalkUPs in metropolitan Washington are located. This upcoming report follows up and expands on a prior 2012 report, and is a 100 percent census of all real estate in the region.