Why I support the Complete Streets Act 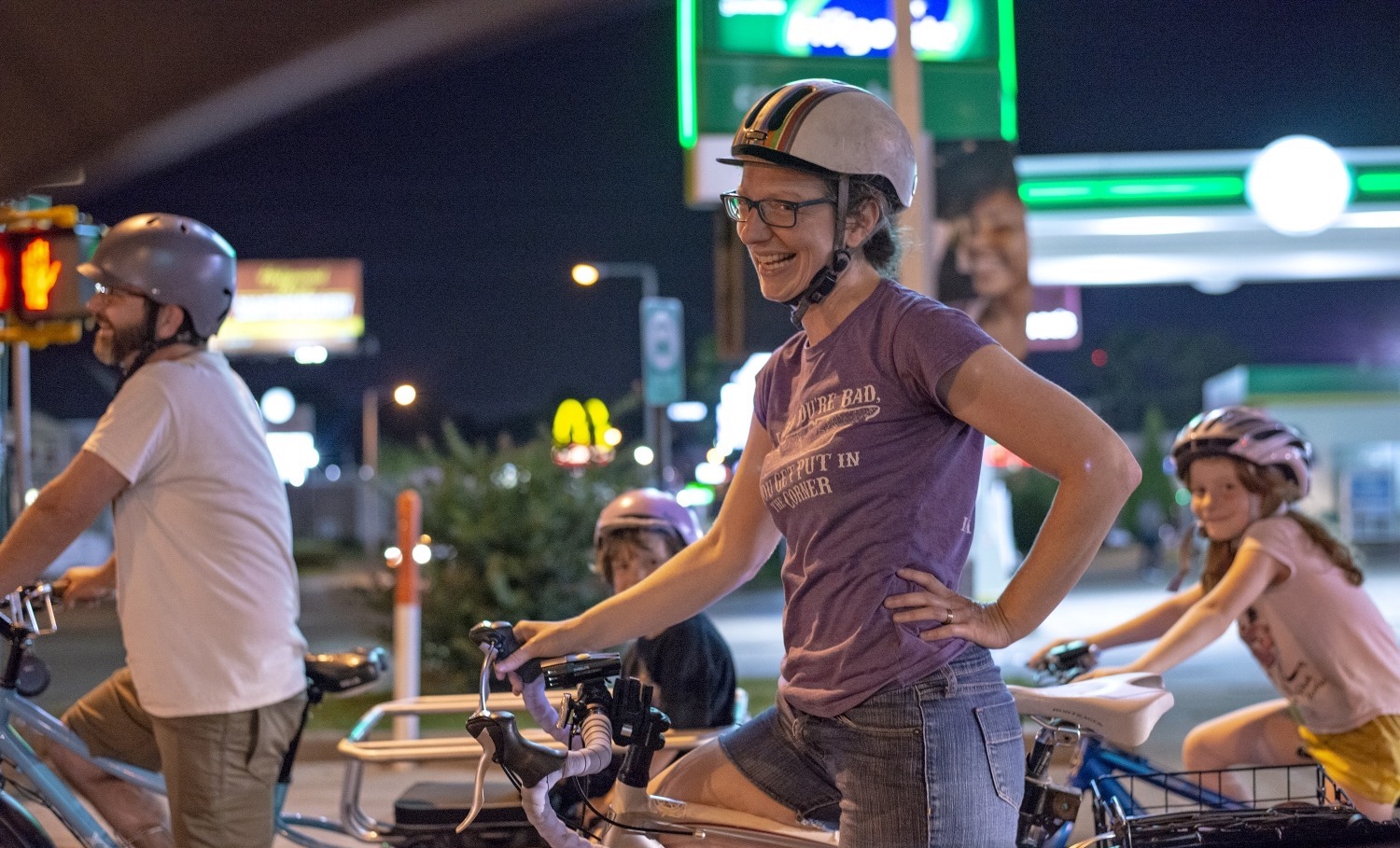 Sylvia Crum biking with her family in Memphis. Image by photographer Brandon Dill, used with permission.

As a mother of two young children (ages 6 and 9), I am well versed in bicycling with my family through the City of Memphis. My children pedal their own bicycles 1.5 miles to school every day. And my whole family works to encourage other families to choose active transportation to school and work. To truly be successful in this work though, Memphis, and cities like ours, will need a federal Complete Streets policy.

Complete Streets is a street design approach where people from 8 to 80 years old will have the ability to use a roadway, no matter how they get around. Though my 6-year-old takes issue with this definition, if he could travel to school by himself by the time he turns 8, I’d feel like we had really accomplished something.

I am still a relative newcomer to Memphis, having only lived here for 7 years. But over that time, Memphis has undergone many positive changes to make walking and biking safer. Shortly after I moved here, the mayor enacted a local Complete Streets policy and city staff and advocates have been working to make the city’s streets safer. But with limited resources available to the city, it’s simply not enough. In a new federal report on pedestrian fatality rates from 2014 to 2018, metropolitan Memphis had the highest pedestrian fatality rate, with 4 people dying per 100,000 people.

I support this legislation and urge you to join me.

Send a message to Congress

As the Commute Options Program Manager at Innovate Memphis, my commute is 5.5 miles, each way. I see a lot of our city at bicycle speed. Recently, I was traveling from the Medical District to Crosstown by bicycle. While waiting at an intersection crossing a busy state road, a professionally dressed woman pulled up in a car beside me, rolled down her window and said, “I like that you’re on your bike.” I was waiting for the “but;” instead she asked me if I rode that route every day. I told her that I was just riding between meetings. When I went on to explain that I was expecting her to reprimand me for blocking her way with my bicycle, she assured me that that wasn’t what she was saying at all. We both laughed and continued on our separate journeys. 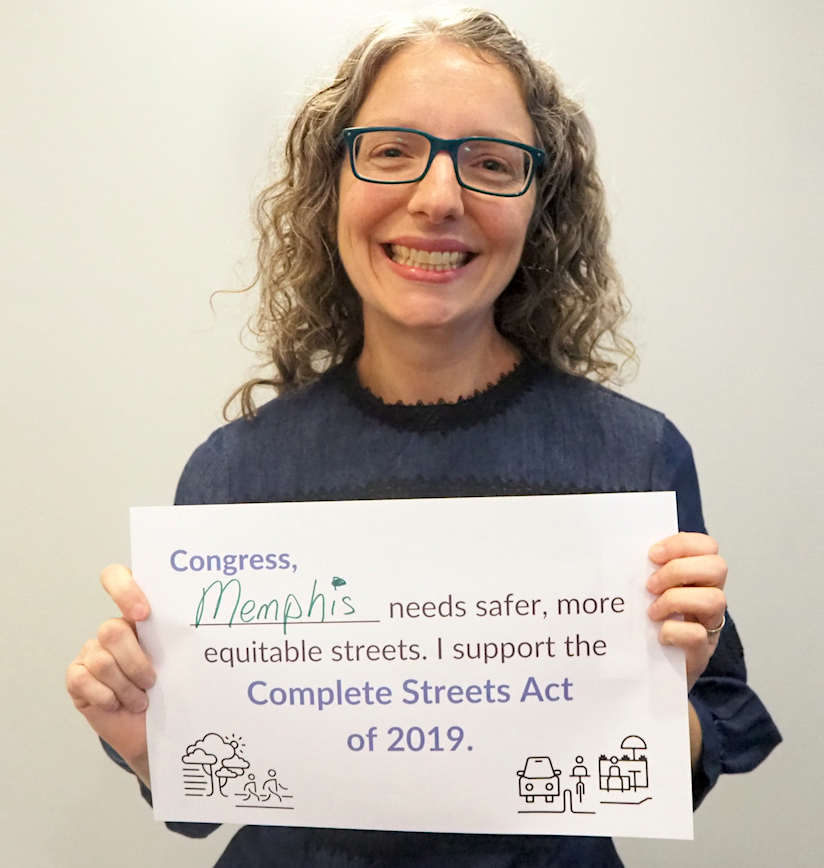 This story sticks with me because unfortunately, it’s not the norm. Even though there are more and more people riding bicycles in Memphis, I am still regularly yelled at to get out of the road, or get onto the sidewalk, even when drivers have plenty of space to safely pass me. The message these drivers are sending is that, especially when I ride with my children, I am putting them in danger by legally bicycling on the street. My husband and I don’t see it that way, of course. We believe we are teaching our children a lifelong healthy practice of moving around their city by their own human power. And we teach our children that active transportation also allows us to connect with our community and put people first.

Our city code already dictates that cars and delivery trucks should not be parked in bike lanes, and motorists MUST stop for pedestrians already in a crosswalk. But I regularly find the bike lane blocked; crossing the street can be like a game of chicken. And I know of several cases of motorists who hit pedestrians and bicyclists but got off without a ticket.

It is common among bicycle advocates to call women the canaries in the coal mine of bicycle facilities. I definitely see that in Memphis. I regularly hear from other moms that they, themselves, do not feel safe riding their bicycles in the street. These are not parents that would consider teaching their children about the benefits and independence of bicycling in the street—but they could be. As the city makes slow progress connecting our bike lanes and designing safer streets, I do see more women out on bicycles. But more improvements are needed and at a faster pace. We must have a real and funded policy in place, like the national Complete Streets Act, to make sure we’re putting people first.

This law would dedicate federal money for Complete Streets projects, require states to create a statewide program to award the money (and technical support) to communities, and adopt design standards that support safer, Complete Streets. I support adopting this law because Complete Streets make our streets a safe and livable space, for all of us.