With the creation of a new national academy for Opportunity Zones, Smart Growth America and our LOCUS coalition of responsible real estate investors continue to be on the forefront of helping communities use this tax incentive as a force for equitable growth that’s mutually beneficial for both investors and most importantly the people who live and do business in them. 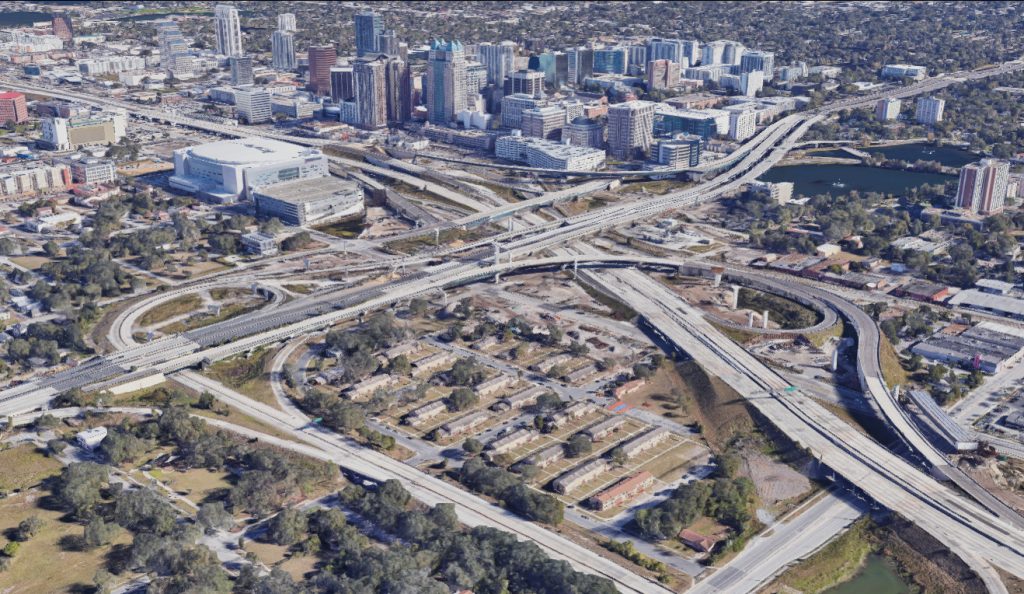 The Griffin Park housing project (foreground) in Orlando’s Parramore neighborhood adjacent to downtown is in one of the city’s designated Opportunity Zones. Imagery from Google Maps.

Thanks to the new Opportunity Zones tax incentive created by Congress in 2017, billions of dollars in new private investment is already starting to flow into 8,700 low-income communities around the country that were selected by their governors. (With admittedly mixed reviews to this point.) It will almost without question be the largest and most significant federal community development initiative in U.S. history.

Since day one, Smart Growth America has been asking one question:

How can this new tax incentive benefit rather than displace the people that live in these communities, and will the result be unsustainable, car-dependent sprawl; or walkable, mixed-use communities with a variety of employment and housing options for everyone?

During the mad scramble over the last year by developers, investors, banks, local elected leaders, and nearly everyone else to wrap their heads around this incentive, SGA has tried to do two specific things to ensure that we have a good answer for the above:

First, quantify where these zones are and help others determine which places could bring the best triple-bottom-line returns to help steer investment. 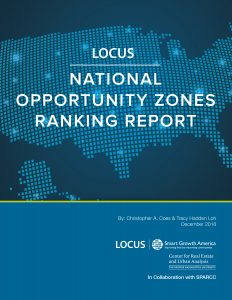 This tax incentive could address decades of poor land use, institutional inequities, and development decisions to improve the quality of life for many Americans. Could. But step one is knowing which places could bring the best triple-bottom-line returns.

In late 2018, we released first-of-its-kind research that meticulously ranked and assessed 7800+ Opportunity Zones in order to determine which ones are positioned to bring positive social, environmental, and economic returns. We ranked all Opportunity Zones with a new “Smart Growth Potential” filter.  Since the release of that report, we have continued working to identify which Opportunity Zones should be prioritized in order to deliver positive economic, environmental, and social returns—providing local policymakers and community groups with a policy framework to manage and ensure equitable, inclusive development.

Secondly, SGA is equipping local leaders, community residents, and private sector developers and investors with the tools and knowledge needed to harness the power of this tax incentive and steer these investments toward the projects that will have the great mutual benefit and lead to more equitable growth.

A couple of weeks ago, we announced the launch of new National Opportunity Zones Academy for five cities (more to come!) with the Rockefeller Foundation. As Dr. Rajiv J. Shah, President of The Rockefeller Foundation, said on Tuesday, “communities have the potential to be completely transformed by the billions of dollars in capital created by the Opportunity Zone tax credit—but only if we make a deliberate effort to ensure investments benefit those the policy is intended to serve.”

This new National Academy is just one part of SGA’s work on Opportunity Zones. It is in fact modeled on our ongoing Massachusetts OZ Academy, where we are working with six other Massachusetts cities closely to build their capacity and foster inclusive economic development. We launched the MA Academy back in June just before the 2019 LOCUS Leadership Summit.

During the Massachusetts Academy so far, we’ve already learned a couple of lessons that we’re carrying over to the five cities in the National Academy. First, there is strength in numbers. Far better than working with one city at a time, both of our OZ Academies are designed to help a group of cities learn from each others’ successes and struggles alike through a new collaborative network. Second, the format helps cities and their residents have more direct control over the process of OZ investment. SGA brings expertise and our LOCUS network to connect responsible investors to beneficial projects in these cities.

Cities can’t necessarily order private investors to put their money toward creating walkable neighborhoods. But they do have control over powerful tools like the zoning and code framework to try and guide that growth and investment. This is where SGA can bring ample expertise to bear.

Our Form-Based Codes Institute can help a community rewrite their zoning code to ensure that new investment in an OZ takes the walkable form that the community prefers. Our economic development specialists can help make the case to skeptical city leaders that infill is a better long-term strategy for fiscal health than brand new large-lot projects. Our transportation experts can explain how new transit or public infrastructure investments can help make new walkable development a more attractive investment than building low-cost sprawl on the fringe.

SGA and LOCUS will continue to be on the leading edge of doing the work required with Opportunity Zones so that, 10 years hence, we’ll be able to look back and point to trillions in smart, equitable growth in communities across the country.