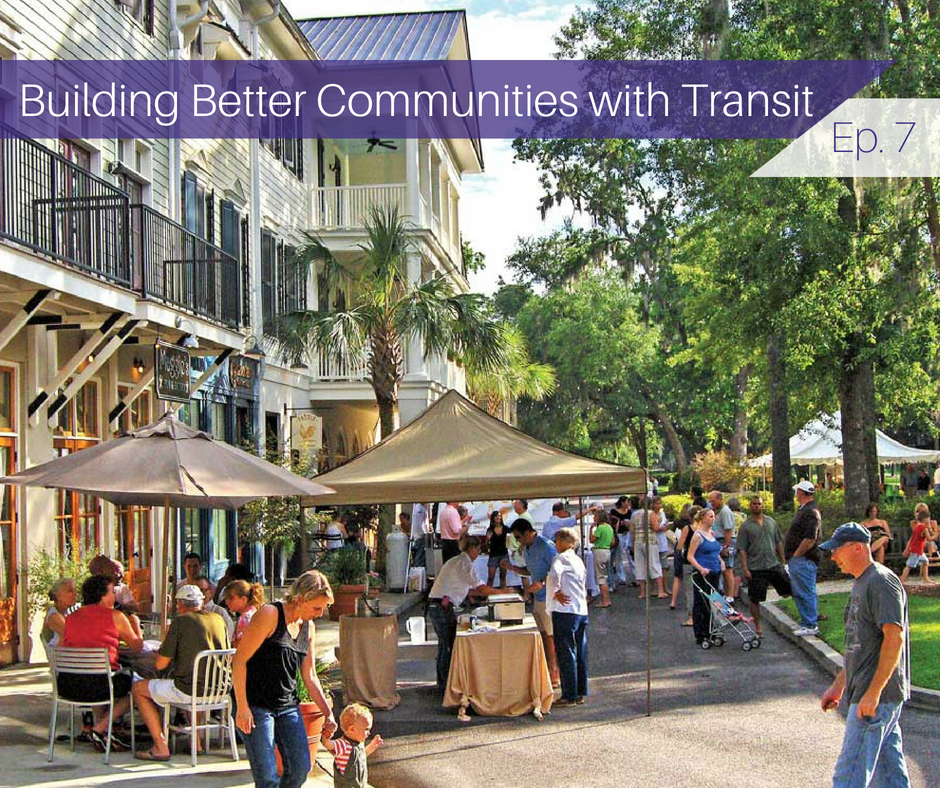 Habersham, SC pictured above is being developed under two form-based codes: those of Beaufort County and the City of Beaufort, SC (Graphic: habershamsc.com)

The zoning code is the most used organizing structure for building cities today. It tells landowners and developers how tall they can build buildings and what kind of use is allowed inside, among other things. But zoning codes have also been fairly controversial because they are sometimes a tool to segregate and separate people and uses, often in unsustainable ways.

As local officials and residents look for ways to build better communities, a more recent innovation has begun to move zoning codes away from a strict prescription of uses and car-based infrastructure and instead focus on the urban form and the spaces between buildings: form-based codes.

This month on Building Better Communities with Transit we’re chatting with Susan Henderson of PlaceMakers about the use and benefits of form-based codes. We talk about the focus of these codes, how they are used to support transit, and how a code can affect the streets around them. Susan also discusses why people might push back against form-based codes and how to frame conversations about them and their benefits.

Conventional codes prioritize use, administration, and then form. But with a form-based code, the priority becomes the spaces between buildings—the public realm where people gather and interact with each other. When this occurs we can build better places for people supported by active transportation that is healthier and more economically productive.

Building Better Communities with Transit is intended to provide more support to communities and local leaders who are working to catalyze new development around transit, give more people access to public transportation, increase access to opportunity, and build robust local economies.

The podcast is available on SoundCloud, iTunes, or wherever you get your podcasts.

Checkout all the episodes at TODresources.org. A new episode is released every month!