Have we zoned great, walkable places out of existence? 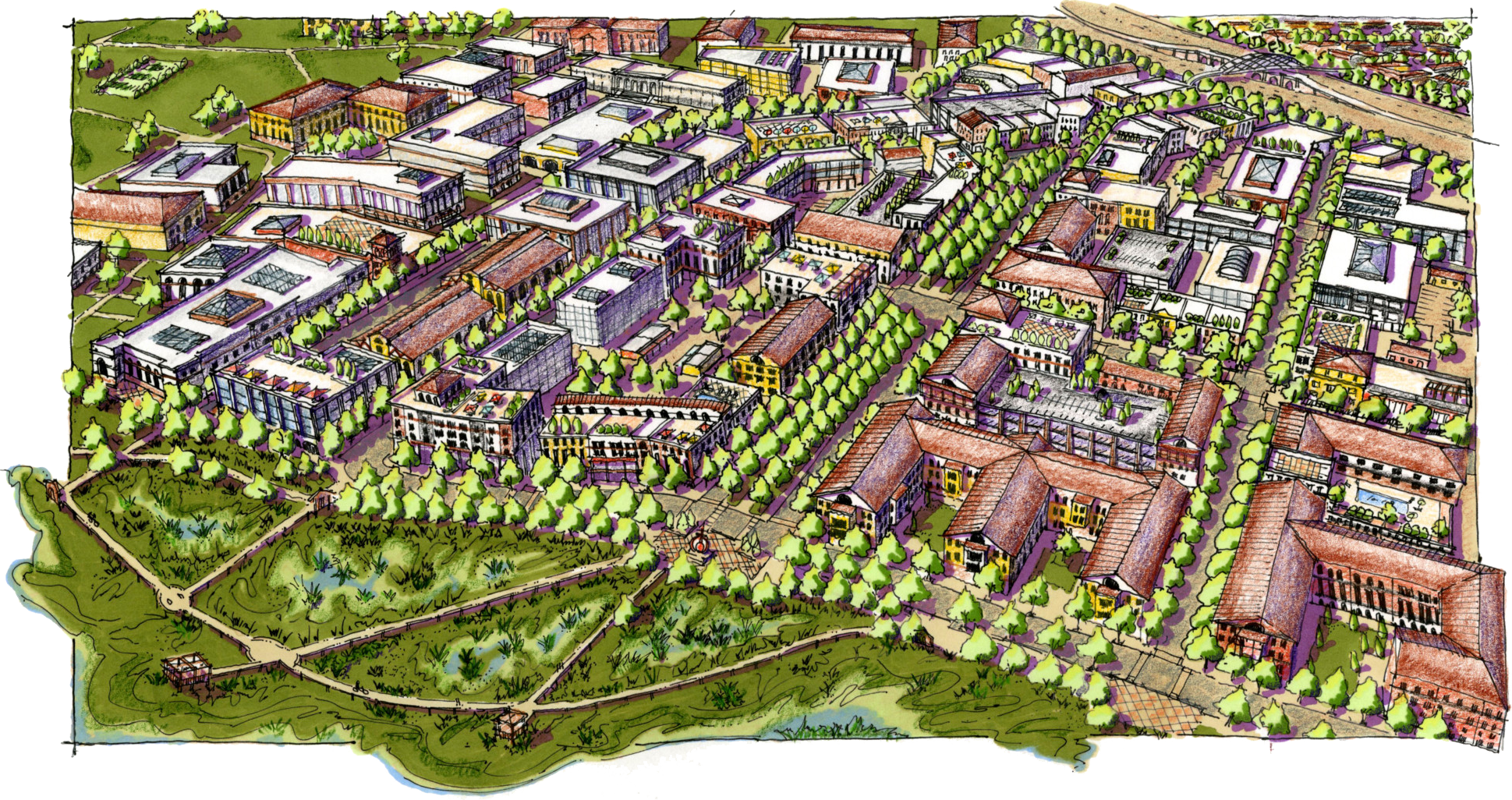 Rendering of development under a form-based code in Richmond, CA (Image: Opticos)

Zoning codes are the unseen yet decisive guiding force that can either help or hinder the creation of great, walkable, people-scaled places. This primer from our Form-Based Codes Institute gives you the basics on form-based codes: what they are, where they work, and how they can help create and sustain great places.

Take a look at just about any city in America and you’ll see that there is pent-up demand for walkable, people-oriented places. Millennials are more likely to want to live in cities where they can get around without a car and baby boomers are finding great convenience in being able to walk to their destinations as they age.

Unfortunately, in many places the kind of diverse, walkable environments that people desire are also illegal. In Cleveland, OH for example, mixed-use buildings that hug the sidewalk are only possible by getting special exceptions from the city’s zoning. And in New York City, two out of every five building in Manhattan couldn’t be built with the city’s current zoning because they’re too tall, have too many apartments, or too many businesses. The same can be said about many places around the country—like Mount Rainier, MD and Lexington, KY—where communities were built before the advent of modern zoning.

To try and remove barriers to walkable communities and take a more holistic view of all the elements that make a great place, some cities are adopting form-based codes for their entire city or various neighborhoods. But what is a form-based code? Our colleagues at the Form-Based Codes Institute (FBCI) put together this short FAQ to answer that question.

1. What’s the difference between a conventional zoning code and a form-based code?

Conventional zoning is primarily focused on what happens inside the buildings—the uses. That’s how different zones get their names, like “single-family residential,” “multifamily residential,” “industrial,” or “retail/commercial” for example. With such zoning, the quality, scale, character, and design of buildings and blocks—which are so important for creating great places—take a back seat to what’s happening inside the buildings, if they’re even considered at all. And the character of streets and other public spaces around development are never addressed. Most conventional zoning fails to encourage walkable, mixed-use development because it’s designed to separate uses.

A form-based code on the other hand focuses first on the shape and scale of the buildings and blocks, as well as the features of the streets and other public spaces. And because a form-based code starts with a community vision or plan, these codes are more likely to preserve the features and character that community members cherish. They also encourage the mix of uses and walkability that is so important for vibrant places.

2. Where are there examples of successful form-based codes?

While form-based codes are tailored to each community’s local context, objectives, and goals, several examples stand out, and they can be successful in places of nearly all sizes. They include:

Albeit not a one-size-fits-all approach, form-based codes are helping all kinds of communities unlock a vision for vibrant, human-scaled environments. They are adopted in places where people want walkable streets, hospitable buildings, and lasting character—goals which are easier to accomplish with a form-based code. Communities also pursue form-based codes when development is stagnant, takes too long, or is unpredictable. More often than not, these issues arise because of an overly restrictive conventional code keeps mixed-use, walkable development on the wish list.

4. What is the role of form-based codes in gentrification or displacement?

Zoning alone—conventional or form-based—does not cause or solve problems associated with gentrification leading to displacement of long-term residents or businesses. Typically, a host of issues—driven by market forces—are the root of displacement. Form-based codes often result in an increase in property values, because the kinds of places they create are both in demand and scarce. It is up to policymakers to decide how to mitigate these market forces so existing businesses and residents can remain in place as communities grow.

In some cases, form-based codes can actually add to the toolbox to retain existing residents and businesses. For example, in many cities, single-family zoning includes minimum square footage and/or lot size requirements, increasing the cost of a home and restricting who can afford to live there. A form-based code can be used to diversify building sizes and types in a neighborhood, introduce affordable housing incentives, and set development standards to reduce exclusionary requirements.

The cost of drafting or updating any zoning code varies, depending on the size and complexity of the area to be covered—from a single neighborhood or corridor to an entire city. Unlike conventional codes, form-based codes are written to reflect the community’s vision of the area; if this prerequisite is not in place, the cost of developing it is sometimes incorporated into the code drafting project.

6. How can we educate people about/advocate for form-based codes with our elected leaders and citizens?

The Form-Based Codes Institute (FBCI) is a program of Smart Growth America, led by planning and land-use professionals. We use education, technical assistance, and research to promote the understanding and adoption of form-based zoning codes.

We offer a three-course curriculum for planning and development practitioners:

For more information about form-based codes, FBCI, or our programs, go to formbasedcodes.org or contact us at (202) 868-4103 or through this form.