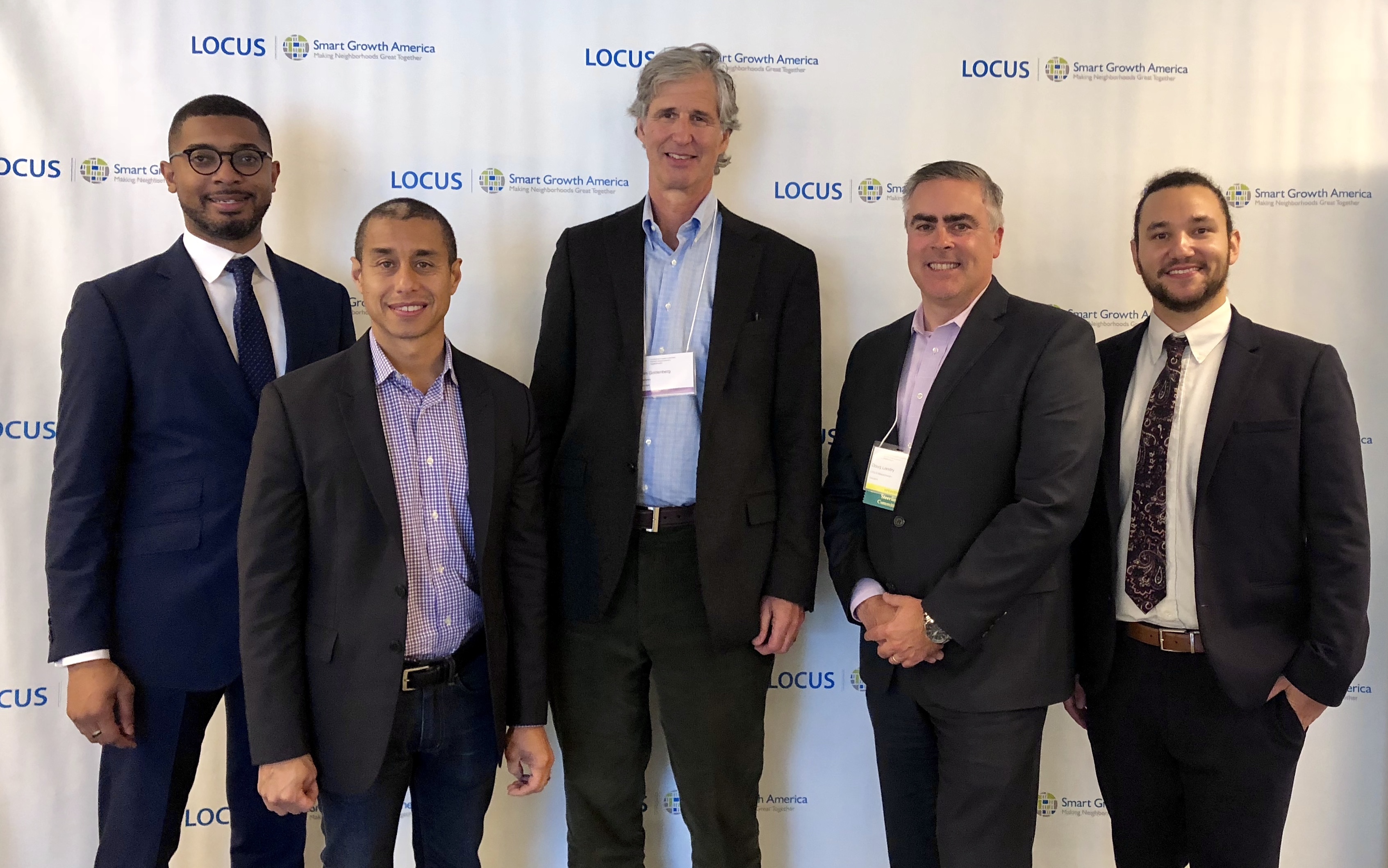 At the 2018 LOCUS New England Leadership Summit, the finalists and winners of three awards—Project, Developer, and Partnership of the Year—were recognized.

Last week developers, investors, planners, and other real estate professionals convened in Boston for the 2018 LOCUS New England Leadership Summit. The summit covered the future of development in New England, touching on topics from planning for resilience to regional opportunities with the new federal Opportunity Zones program with government officials—like keynote Jay Ash, Massachusetts Secretary of Economic Development and Housing—and developers. The event attracted over 130 attendees.

Project of the Year: Wood Partners’ Alta Union House
Alta Union House is a mixed-use, transit-oriented development in the heart of downtown Framingham, MA. The high-quality construction and thoughtful site design of Alta Union House creates a new anchor and promises to attract new residents and investment to downtown. The 60 million dollar project scheduled to open in 2019, is situated within walking distance to the Framingham commuter rail line, allowing residents easy transit access to Boston. 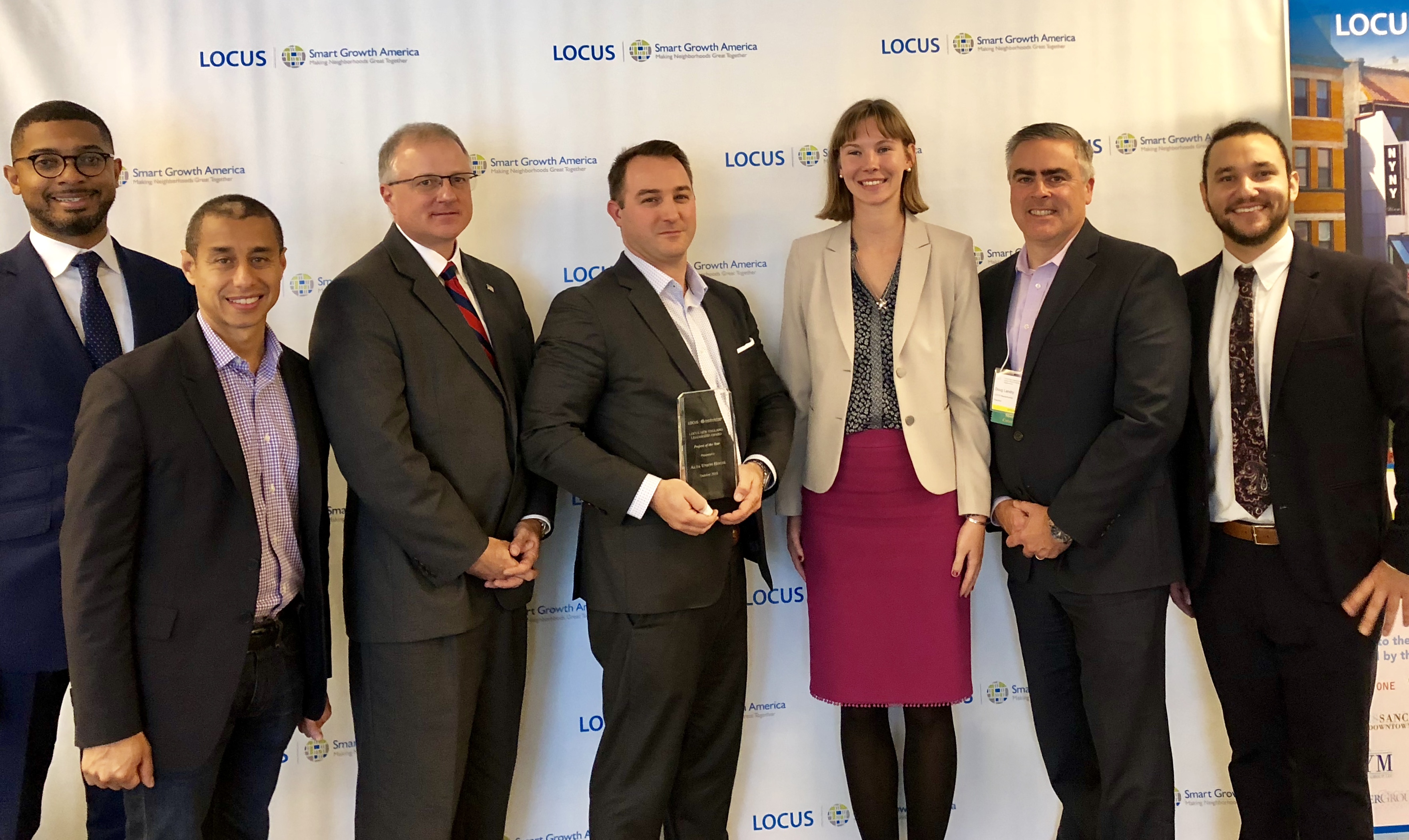 Developer of the Year: Cathartes
This Boston-based firm earned the award for their excellence in creating walkable communities around the northeast, such as Portwalk Place (Portsmouth, NH), Harborwalk (Plymouth, MA), and Fort Point Place (Boston, MA). Their portfolio includes a diverse range of property types linked by their dedication to work-life balance, wellness, sustainability, and community engagement.

Partnership of the Year: Quincy Mutual, Redgate, and the City of Quincy, MA
Over a decade ago, an out of state developer was selected to implement a vision for Quincy, MA’s downtown revitalization. Due to the 2008 recession, that vision unfortunately never came to fruition. The city was left with a hole in the ground that languished for years until a local institution—Quincy Mutual—stepped in to provide the capital needed to finally realize the city’s vision. Redgate served as a strategic advisor to the city as the project restarted, lending their development expertise in creating a plan to attract new development, engaging key stakeholders, and directing significant public infrastructure investments. The project, West of Chestnut, helped catalyze residential development in other downtown areas, all of which take advantage of the MBTA’s four Red Line stations. West of Chestnut and the overall vision for Quincy was an undertaking that couldn’t have occurred without the deep partnership with Quincy Mutual and Redgate. Each of the three partners shared this award. 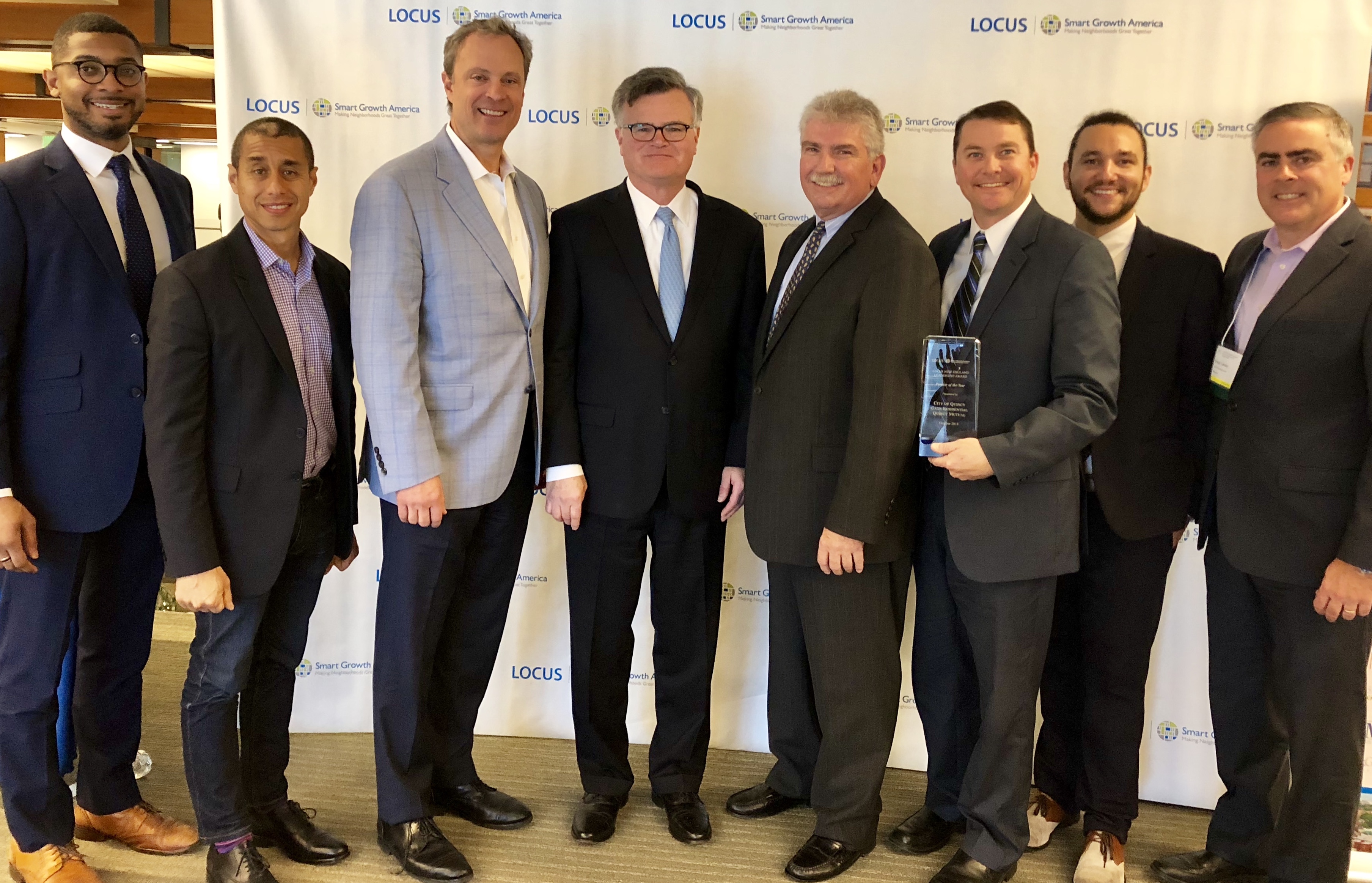 LOCUS and Smart Growth America would also like to thank the Barr Foundation for their continued support of their work in New England and on the national level.