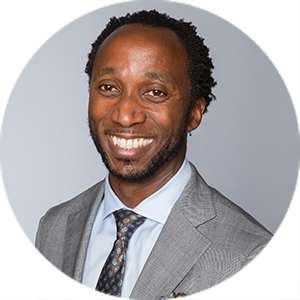 Calvin Gladney, LEED AP, is President and CEO of Smart Growth America and is a nationally recognized thought leader on the equitable and sustainable revitalization of communities. Prior to being named President and CEO of Smart Growth America in April of 2018, Mr. Gladney was Managing Partner of Mosaic Urban Partners, a real estate development and advisory services firm that advised non-profits, cities, and elected officials on how to sustainably and equitably regenerate their communities. In 2017, Mr. Gladney was also the Urban Land Institute’s Senior Visiting Fellow for Equity.

Over the past ten years, Mr. Gladney has worked on community revitalization projects in more than 25 cities and has served as a strategic advisor on projects with estimated development costs of over $1B and totaling more than 5M square feet of planned development. He has worked on community revitalization projects throughout the United States including projects in Baltimore, Baton Rouge, Birmingham, Boston, Denver, Detroit, the District of Columbia, Grand Rapids, Houston, Jacksonville, Kansas City, Louisville, Memphis, Oakland, Pittsburgh and Prince George’s County, MD. Mr. Gladney through Mosaic was also part of the team that developed a new 31-unit apartment building and a separate two-story restaurant in Washington, DC.

Prior to founding Mosaic, Mr. Gladney served as Vice President of the Anacostia Waterfront Corp. (AWC), a DC quasi-public real estate corporation where he assisted the CEO with the management of the Corporation and was the project manager for a master-planned, mixed-use redevelopment of 67 acres of city land. Mr. Gladney also previously served as the General Counsel and Transactions Manager at BRIDGE Housing Corporation, a private developer in San Francisco, CA. At BRIDGE Mr. Gladney was the lead businessperson in the investment of $60 million of CalPERS equity in multiple real estate development deals. He also provided strategic advice on the development and management of more than 2,700 apartments throughout California.

Mr. Gladney graduated cum laude from Harvard Law School, received his BS from Cornell University and is a LEED Accredited Professional. He is a trustee of the Urban Land Institute and a board member of the Center for Community Progress. He is also a member of ULI’s national Public/Private Partnership Council (Blue Flight). Mr. Gladney also serves as an adjunct professor at Georgetown University’s Masters in Real Estate Program where he teaches real estate entrepreneurship and a real estate market analysis class. In his spare time Mr. Gladney…Mr. Gladney doesn’t have any spare time. But he will make time for you. You can connect with him on Twitter and Instagram @SmartGrowthCEO.