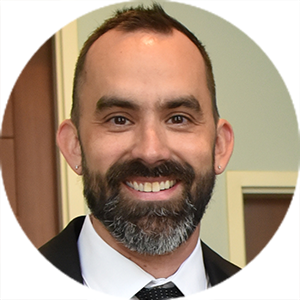 Steve Davis is the Assistant VP of Transportation Strategy for Smart Growth America.

Steve has been with Smart Growth America since July 2006, joining as a communications fellow before departing to serve within the Transportation for America program from its 2008 inception until 2017. He returned to SGA full-time and served as the Director of Communications from 2017-2021.

Trained at the University of Georgia’s Grady School of Journalism & Mass Communication, he was an award-winning photojournalist with the Arkansas Democrat Gazette before following his passion for great places to Smart Growth America. He’s worn many hats over the years, writing speeches for Gov. Parris Glendening, creating and spearheading the launch of SGA’s first blog in 2007, kickstarting the organization’s online advocacy efforts and social media presences, helping launch the Transportation for America campaign in 2008 and then reimagine it in 2019, and running messaging and communications training workshops for advocates and practitioners.

He loves the challenge of figuring out how to turn the complicated policies and details of creating more smart, sustainable, lovable places into messages that resonate with a wide range of people, so communities can change how they build and grow. Steve lives in the Petworth neighborhood of Washington, DC with his wife and three children and loves his three-mile run or bike ride to work.