Getting to school—the measure of a family-friendly city 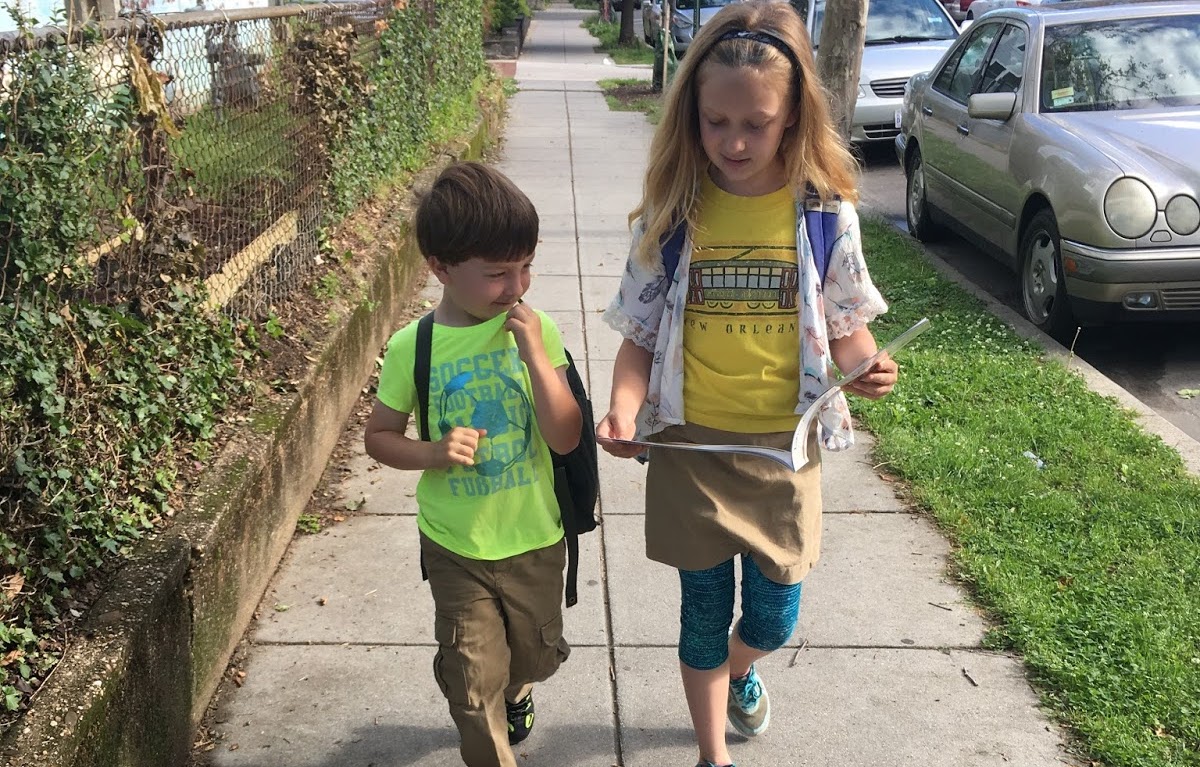 I grew up in a first ring suburb of New Orleans, LA and went to a magnet high school called Ben Franklin that pulled students from all over Orleans Parish. (A “parish” is Louisiana’s equivalent to a county.) Ben Franklin is often listed as the best high school in the state of Louisiana, which makes it a great opportunity for any student.

The school was about 10 miles away, located across the river from the suburb where I lived. A public school bus made it possible for myself and other students to get to school; but when I was a sophomore, the bus funding was cut. My parents were able to pool their resources with other local parents and pay for a bus from my neighborhood—a not insignificant expense. But several lower-income families had to remove their children from Franklin. Without other viable transportation options, the neighborhood school was their only resort.

This was my first lesson about how fundamentally inequitable our transportation system is. The local government simply didn’t understand how important transportation was to providing opportunity—and when it comes to schooling, this lack of opportunity affects people for a lifetime.

As a parent, the getting-to-school struggle doesn’t go away—if anything it’s more pronounced. A parent has to juggle their morning routine, get their child(ren) ready for school, transport the kid(s) to school (sometimes multiple schools), and then get themselves to work—assuming your job even has traditional hours. It can be a near impossible task, especially for lower-income families and even under ideal conditions.

Today, my husband and I have two kids (8- and 11-years-old), and the early years were the hardest. When they were young, I worked downtown, not far from our home or my children’s school and day care, but my husband worked in a suburban office park where the FBI moved after the September 11 terrorist attacks. This reality necessitated a car in a city where we’d previously had no need for one because of the city’s walkability, healthy transit system, and destinations all located fairly close together.

In this instance we’re fortunate, just as I was as a child when the buses stopped running to my school. Many families can’t simply go get a car. They can’t drive or don’t have the funds to afford one, leaving them dependent on walking, biking, or transit; when those fail, expensive ride-hailing might be the only way to make it all work. And many who can’t afford a car also do not live in a walkable place with multiple, safe transportation options—our transportation funding decisions tend to disproportionately direct resources to wealthier (often whiter) neighborhoods while ignoring the critical lack of access in poorer (often more black and brown) communities.

As my children got older, getting to school became a little easier because, despite plenty of serious shortcomings, Washington, DC has more transportation options than most American cities. Today, my daughter takes the subway (free of charge) to her middle school every day, and I can walk with my son to his elementary school a few blocks from our house. Unplanned emergencies can still be a challenge, due to the remote location of my husband’s job; but I fully understand that very few Americans have such good options. Most parents get their kids out of bed long before dawn to drive them to their schools, to walk long distances or to take infrequent, unreliable transit.

One of the main lessons here is how important the location of major destinations like schools and jobs are and what options are available to get there. My school in New Orleans gave me a leg up in life, but it was only available to families who could afford to get there because there was no public school bus. In DC, limited public transportation to a far-flung suburban office location—and the FBI’s decision to locate there in the first place—can place a large financial burden on families. For some, it may preclude taking or keeping a job like that at all.

In many communities, new schools end up being built on the outskirts of town where more and cheaper land is a lure for tight school district budgets. But the longer-term transportation costs and the burden that puts on families, particularly those with fewer resources, makes a strong case for locating schools in the heart of existing communities.

A family-friendly city makes it easy to get to school (and work) with or without a car—safe routes to school with wide sidewalks, bicycle routes for all ages and abilities, and public transportation supplemented with school buses. Cities that aspire to be family-friendly can also improve equity by thinking about the transportation implications of where they locate important facilities and by providing more transportation options. Doing this can help level the playing field for every family, regardless of their means, while making it easier and safer for everyone to get where they need to go.

Beth Osborne is the Director of Transportation for America, a program of Smart Growth America.