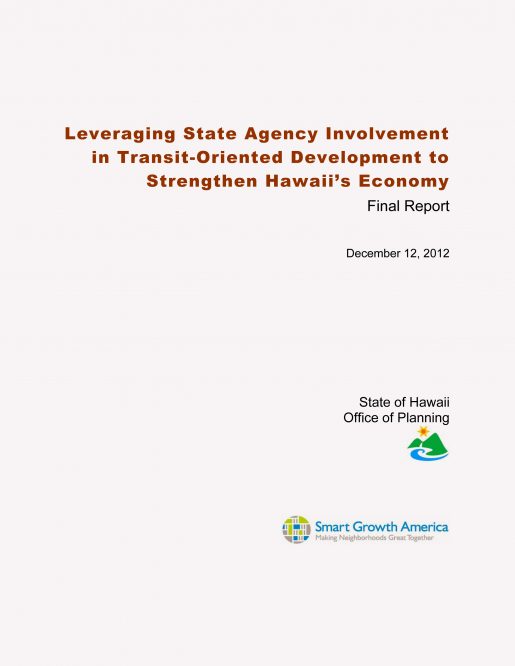 This report recommends ways that Hawaii state agencies can leverage transit-oriented development (TOD) to maximize benefits to the State of Hawaii and, by extension, the people of Hawaii. The recommendations were developed through a series of meetings of the Project Stakeholder Group, which consisted of representatives from over 40 organizations, including government, private sector, and nonprofit organizations. Over the course of three meetings and review of multiple working documents, the group discussed the meaning and importance of TOD in the context of Hawaii, the role of state agencies in TOD, and strategies to take advantage of new TOD opportunities. The major findings are summarized below.

The Project Stakeholder Group identified four main recommendations for the Governor, described in detail in the report: